Sid Silverman and Elisa Daus left California in search of a more sustainable way to farm.

The couple arrived in Burlington in May to enroll in the UVM Farmer Training Program. Their plan was not so much to learn the basics of farming, but rather how to successfully farm in the Northeast. 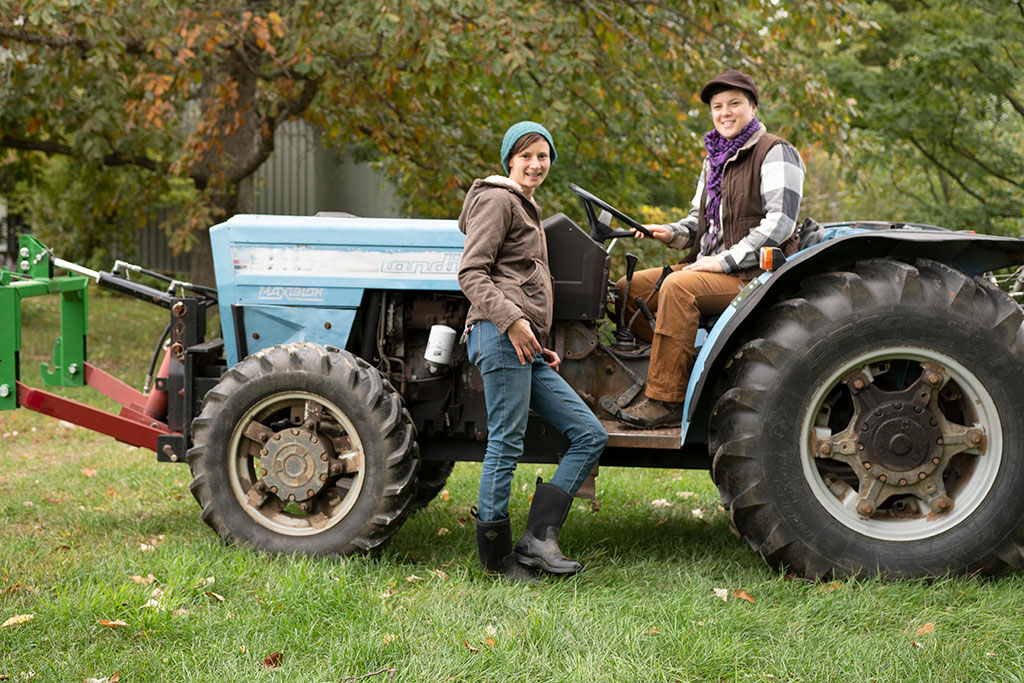 In California, the climate is different, land access is cost prohibitive, and the area has been hard hit by wildfires and droughts. The Northeast, where winters are long and summers are humid, has its own set of challenges. But for Silverman and Daus, this part of the country is more feasible for farming.

“With ten years of combined experience in agriculture, we evaluated starting our own small-scale vegetable operation in California,” says Silverman, who grew up in Hastings-on-Hudson, New York. “However, the reality is far from sustainable. We knew we wanted to move back to my home in the Northeast and this program has made that dream accessible.”

At UVM, they are learning about season extension techniques, crop rotation planning, and how to drive a tractor.  For the past several months, they’ve also enjoyed weekly farm visits, networking with other farmers, and the opportunity to grow vegetables and seeds in Vermont soil. Daus is growing three successions of carrots, as well as watermelon, flowers and squash. Silverman, who calls herself a seed steward, is growing colorful pole beans and other heirloom varieties, with hopes of securing organic regionally adapted cultivars.

Silverman lived in San Francisco for 15 years. She worked for housing security and violence intervention programs before becoming a circus teacher at Loco Bloco, where she taught aerial arts and acrobatic stilting to youth.

Throughout her community organizing, Silverman became increasingly familiar with systemic food security issues and ultimately shifted gears into food and farming. She then spent four years working in youth development for Hidden Villa, a nonprofit educational organization in Los Altos Hills, California, dedicated to sustainability, the environment, and social justice.

Daus, who grew up in Los Angeles, studied landscape architecture in college and became interested in edible landscaping. She was employed by a landscape architect and later spent time working in the solar industry—but sitting behind a desk all day was not for her. Eager to spend time outdoors, she worked as a farm apprentice at Hidden Villa, where she met Silverman. She later worked as an urban farmer and designer at Farmscape, the largest urban farming company in the country.

After they graduate from the UVM Farmer Training Program in late October, Silverman and Daus will relocate to the Catskills, where Daus will work as a winter greens harvester at Neversink Farm. Eventually, the couple hopes to end up somewhere in the Hudson Valley.

“We now understand so much more about the climate of this region,” Daus says.  “And we strongly believe in creating something that can be passed on to future generations.”