September 30 marked the deadline for the passing of a new Farm Bill, the primary agricultural and food policy tool of the federal government, which would have replaced the legislation that has been in effect since 2014.

Although the bill’s expiration does not affect the funding of major, long-standing programs, lawmakers left the futures of many farmers hanging in the air as the failure to pass a new bill leaves dozens of programs in limbo, including some which support conservation, bioenergy, rural development, research, nutrition, organic agriculture, farmers markets, military veteran and socially disadvantaged farmers. 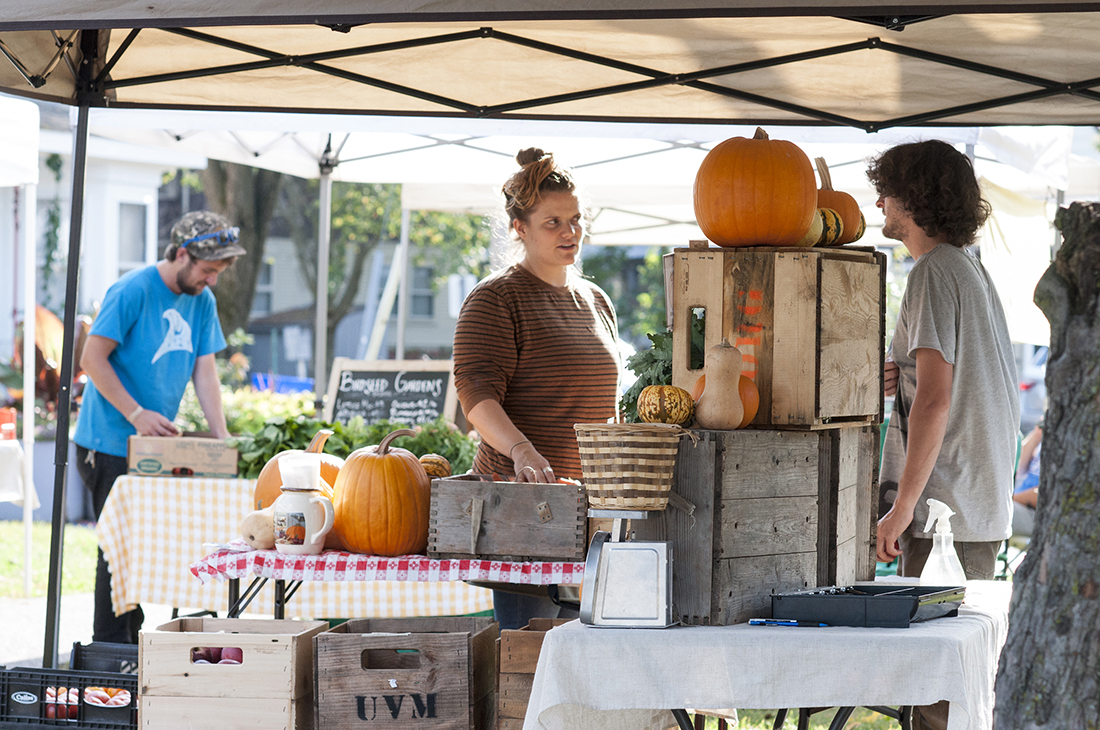 Olivia Peña is a recent graduate of the University of Vermont’s Food Systems master’s program and is currently working at Hunger Free Vermont as a Food Security Specialist. In June, she published a paper on UVM Scholarworks titled, “The Vermonter’s Guide to the Farm Bill,” based on her research focused on understanding the state of community and stakeholder involvement in Vermont during the 2018 Farm Bill development process, and with the hopes of using it as a guidebook and tool for all Vermonters interested in getting involved in food policy.

We spoke to Olivia about the implications of the Farm Bill’s expiration, why this year’s bill is especially contentious, what the Farm Bill means to Vermonters (and those beyond the Green Mountain State), and what individuals can do to get involved and have their voice heard.

Do you think the average Vermont resident (or the average American) understands the breadth and significance of the Farm Bill? If not, what contributes to our ignorance of this important piece of legislation?

I don’t believe the average American understands the scope of the Farm Bill. The complex bill is omnibus, meaning it includes legislation on a range of topics that the average community member would find surprising. Furthermore, despite the name, the Farm Bill dictates policies beyond solely agriculture, with widespread impacts on the food system, environment, public health, and economy.

More than 400,000 households face losing eligibility for SNAP benefits with the amendments put forth by the House of Representatives, and thousands of children could lose their enrollment in free or reduced-price school meal programs. When children make up 40 percent of SNAP beneficiaries, and, in Vermont, 11 percent of the population faces food insecurity, why is this not bigger news?

The Supplemental Nutrition Assistance Program, known as 3SquaresVT here in Vermont, is a crucial program to help lift individuals out of poverty and improve food security. Compromising about 80 percent of the funding, the nutrition title is often one of the most controversial topics surrounding Farm Bill legislation. In particular, this Farm Bill’s debates have largely centered on work requirements associated with receiving SNAP benefits.

Hunger in Vermont has impacts beyond the hungry individual; as a symptom of poverty, hunger negatively impacts one’s well-being, leads to poor health outcomes, decreases productivity, and depreciates one’s quality of life, which all have further negative effects on the greater community. Despite the surprising reality of the prevalence of hunger in Vermont, I think this is not discussed by the general population as much as one might think because of the complexity associated with food insecurity. The issue of hunger within our community is part of the larger dilemma of poverty. There is a lot of stigma associated with these phenomena and an associated expectation of who is hungry and what hunger looks like. In reality, hunger affects individuals across various demographics. Programs like 3SquaresVT (in Vermont) and SNAP (nationally) have the opportunity to increase food access, improve health outcomes, and lift individuals out of poverty.

Organic farming is one of 39 “orphan programs” tied to the 2014 Farm Bill that will lose baseline funding and experience immediate ramifications now that the deadline for renewing the Farm Bill has passed. What does that mean for the small-scale, organic farmers of Vermont?

These tiny but mighty programs that are without baseline funding and without authorization as of October 1 are vital for rural communities, organic producers, socially disadvantaged farmers, researchers, and farmers markets. For organic farmers, the Farm Bill’s expiration can contribute to difficulty accessing resources previously provided by the legislation, like organic agriculture research and extension or the National Organic Certification Cost Share Program. Organic farmers benefiting from resources like these through federal programs should contact the administering organization to check the status of the program. Broadly, I think it leaves farmers with a lot of uncertainty and without a safety net.

Dairy contributes to 70 percent of Vermont’s agricultural sales and takes up approximately 80 percent of the state’s farmland. What potential challenges are Vermonters facing with the 2018 Farm Bill?

Vermont dairy farmers have been struggling with an economic slump for the past few years due to low milk prices. Small and mid-sized farms in particular are facing challenges to keep up in production with their larger competitors. Fortunately, our state has Senator Leahy who strongly represents the needs of Vermonters on the Agriculture Committee. Senator Leahy has successfully led the charge to enhance the Margin Protection Program to increase the coverage levels in addition to provisions that offer discounted premium for small and medium-sized farms. These motions directly affect a considerable fraction of Vermont farmers and is aimed to mitigate the challenges they face.

It seems like citizens are unwilling or unable to speak up, and grassroots organizations are up against the ropes when dealing with large corporations and special interest groups with the ability to spend vast amounts of money on lobbying. Based on your research, what do you believe is the most effective way for the average person to have his or her voice heard on the issues?

I believe it’s important to consider that because the majority of individuals do not know what the Farm Bill is, they are not aware of the ways that they are impacted by it. When advocating for Farm Bill legislation, the most important step is to build a foundation of education and understanding of what the issue is, and how an individual or community is impacted by it. One can also become familiarized with organizations or other individuals whose values and beliefs align with the topic for which one is advocating. There is strength in numbers and forming a coalition of community members or organizations can help amplify voices and leverage change. Having a unified, collective voice is a very powerful approach. Finally, one of the most influential tools to advocate for an issue is storytelling and sharing. Using specific examples of how someone is affected by an issue and how legislative change can help is extremely impactful.