When Science Fiction Becomes Reality: Zilmax in Our Beef, Bellies and Universities 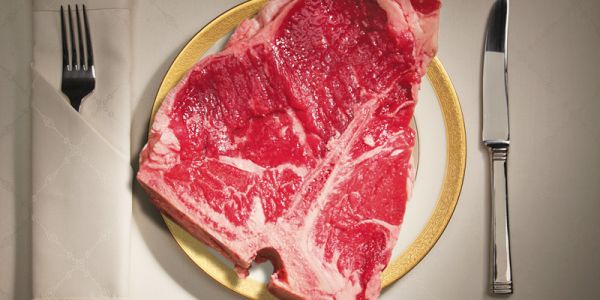 Margaret Atwood’s book, Oryx and Crake, is a bleak futuristic tale of environmental disaster, walled universities for the rich, and biotechnology gone haywire. It paints a horrifying picture of what happens when larger-than-life, soul-less industries overpower smaller systems.

Unfortunately, in the case of our food system, truth is stranger than fiction. And, in some ways we are propelling, sometimes hurtling, toward a bleaker future, particularly when it comes to what we eat every day.

I registered the same shock reading Atwood’s novel as I did reading “Beef Cattle Become Behemoths, Who Are Animal Scientists Serving?” (Chronicle of Higher Education, April 15, 2012), which details the close relationship between animal scientists and pharmaceutical companies.

The question of whom animal scientists are serving is of critical importance to our health, our economy and our environment, particularly in light of rBST (dairy), ractopamine (pig growth hormone) and now beef. If an animal scientist is only working for the financial gain of the industry that hired him, the public is at risk. (Incidentally, on the crop side, it is at least as incestuous, but probably more so as it is easier to hide, and we don’t seem to react to “Jack-in-the-beanstalk”-sized as we do “Schwarzeneggerian” steer.)

From my vantage point, it seems that the public, land-grant colleges and universities are losing their way. With less money coming from the federal and state level, universities are looking to alumni and other donors, many of whom are in private business, to fund research and other academic activities and initiatives. With tuition prices hitting a ceiling, research faculty are oftentimes sent searching for funding outside of the institution. And on top of all this, there is an enormous proliferation of pressure to patent and gather market royalties. That produces a dangerous situation in which academics are beholden to industry, not the public.

An excerpt from the article underscores this point:

Many professors said they worried that their academic freedom would be limited by the companies supporting their research. Some learned from experience that their trepidation was justified. Allen Williams, the former professor of animal science, says that in the late 1990s, a company stopped him from presenting his research on its pregnancy test for dairy cows. The company had given him a grant to test the product and was trying to win government approval to sell it, but Williams’ study suggested that the test didn’t work. He says he was preparing to present the results at a conference when his department head told him to pull the abstract. He has argued that he should be able to present his findings because he worked at a public university financed by taxpayers. His argument went nowhere.

Does this mean that objective research is a thing of the past? What can a consumer do to avoid Zilmax in her hamburger? What do you do about the thousands of good-for-the-bottom-line, bad-for-the-greater-good activities going on in labs across the nation and world? Write to one’s congressman?  What good will it do if the federal government isn’t providing funding, or your congressman’s re-election depends on corporate money? Write to your university? Perhaps, but they are trying to survive right now and research money is extremely hard to come by. At the same time, corporate funds enable valuable research that would not otherwise happen.

There are many questions – and one clear answer: We, the eaters, need to foment change with our forks, and ask that faculty be beholden to the best interests of their research, not to industry.

Read the article and let me know what you think in the comments section below.