Dr. Lisa Heldke on Food Studies & Our Interrelations in the World 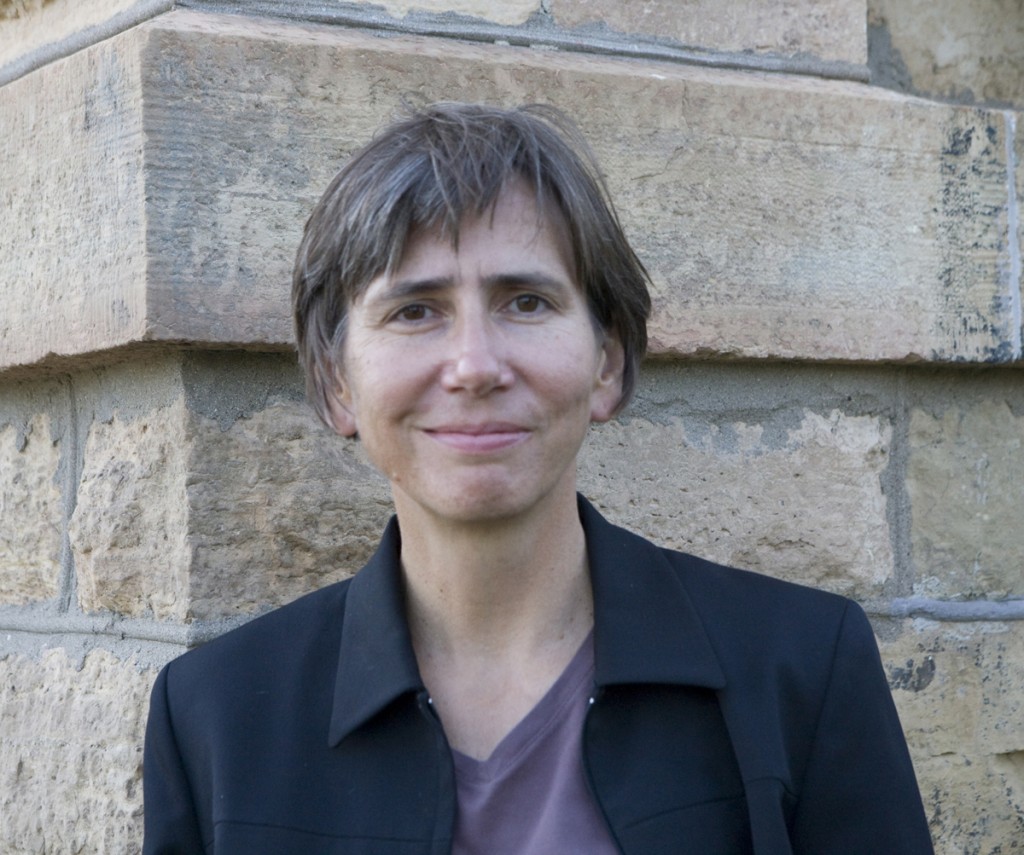 Dr. Lisa Heldke teaches in the Philosophy Department and the Gender, Women, Sexuality Studies Program at Gustavus Adolphus College, where she holds the Sponberg Chair in Ethics. Much of her scholarly work has been devoted to the explication and exploration of the philosophical significance of food, foodmaking and agriculture. She will be co-teaching the John Dewey Kitchen Institute at UVM this summer with UVM’s Dr. Cynthia Belliveau on the pedagogical power of the kitchen to teach any topic, within a frame of collaboration and cooperation.

As a Philosophy professor, how did you arrive at this fascinating area of study?

I was always interested in cooking and food, since I was a very little girl. However, when I entered philosophy, I felt very acutely like I must keep this part of my life separate from my “serious, academic” part. Then, at the end of my dissertation (on the nature of objectivity), an offhand analogy I made between theory making and recipe construction led a friend to say, “You know, you should write about that.” I sort of fell down a rabbit hole at that point and began to write about food with some regularity. I must say that it was, at the time, career suicide.

When people hear the term Food Studies, there’s often a mistaken assumption that this refers to culinary arts. How do you see food as a potential medium for educators of all subjects?

Food is a fundamental source of meaning and value in human life. I would argue that (as one of my colleagues in health science once observed), it is the quintessential liberal arts topic. (I’ve suggested, in a Deweyan spirit, that we think of ourselves as “liberal artisans,” rather than “liberal artists,” as a way of emphasizing the theoretico-practical interactions that food engenders.)

You name the discipline, and it won’t take long to identify food-related topics at the heart of that discipline. In a paper I wrote with some research students, we interviewed colleagues from across our campus to find out where and how food was present in their courses. We were delighted to find food “hiding in plain sight” in many courses. Instructors were often stunned to realize how central a role discussions of food played in their courses, and as a result of our interviews, often set out to make it an even more integral part.

When you think about it, it’s absurd that food is not more a focus of study. What could be more at the center of human life, and at so many levels, from the physiological to the sociocultural? (Sex is the other thing people usually point to.)

How does John Dewey fit into the study of food?

Well, that’s a big question. From the vantage point of the John Dewey Kitchen Institute, Dewey’s understanding of cooking and food preparation is at the heart of inquiry. Dewey used the kitchen in the elementary school classroom as one of the ways to invite children into inquiry about their world. The JDKI extends that understanding to the adult world. This isn’t a case of “theory-then-practice.” We don’t “theorize” and then go into the kitchen to “make things.” Inquiry happens in and through the activity of making food. Dewey says theory and practice are really just two forms of practice–slower and faster forms. We try to make good on that way of thinking in the JDKI.

There are many value-laden terms used in the food movement (vegetarian, vegan, freegan, locavore, biodynamic, natural, and sustainable, to name a few). How do you teach your students to navigate the shifting landscape of ethics in food?

I’m interested in thinking about food justice in a context of democracy, which I understand primarily as conversation and community engagement. So for me, these terms are less prescriptions for how one must eat–litmus tests of moral rectitude, if you will–and more invitations to discuss, examine, and understand our interrelations in our world. As a philosopher, my job is not to tell people the ethical thing to do. It’s to help them to understand how the categories are framed up and to give them ways to investigate that framing.

Why is it important for people to think about the food they eat?

Food is a fundamental source of meaning and value in our lives. Food is the manifestation of myriad relations, both micro and macro. There are scores of human relations “embedded” in that package of Wheaties or that gallon of milk. There are also countless micro relations that are going on between us and the foods we eat.

At the present moment, one reason I think we should think about the food we eat is that it gives us an opportunity to understand how deeply relational we are–how wildly, crazily interdependent we are on other beings for our existence. The biologist Scott Gilbert says, “We’re all lichens,” and argues that we are best understood as “holobionts,” meaning “multicellular eukaryote[s] plus [their] colonies of persistent symbionts.” That pretty much tells me why it’s useful to think about the food we eat.