Got Milk with Dignity?

Vermont has become somewhat of a food systems mecca. With more “Eat More Kale” stickers per capita than likely any other state, it’s easy to get trapped in a utopian vision of the food system. While the beautiful old barns and cows grazing on open pasture are certainly present, there is an important component seldom depicted or talked about. This, of course, is the hand that does the milking. In Vermont, the hands that keep our dairy economy moving are often migrant farmworkers hailing from Mexico. Currently, about 1,500 migrant farmworkers sustain the Vermont dairy industry. 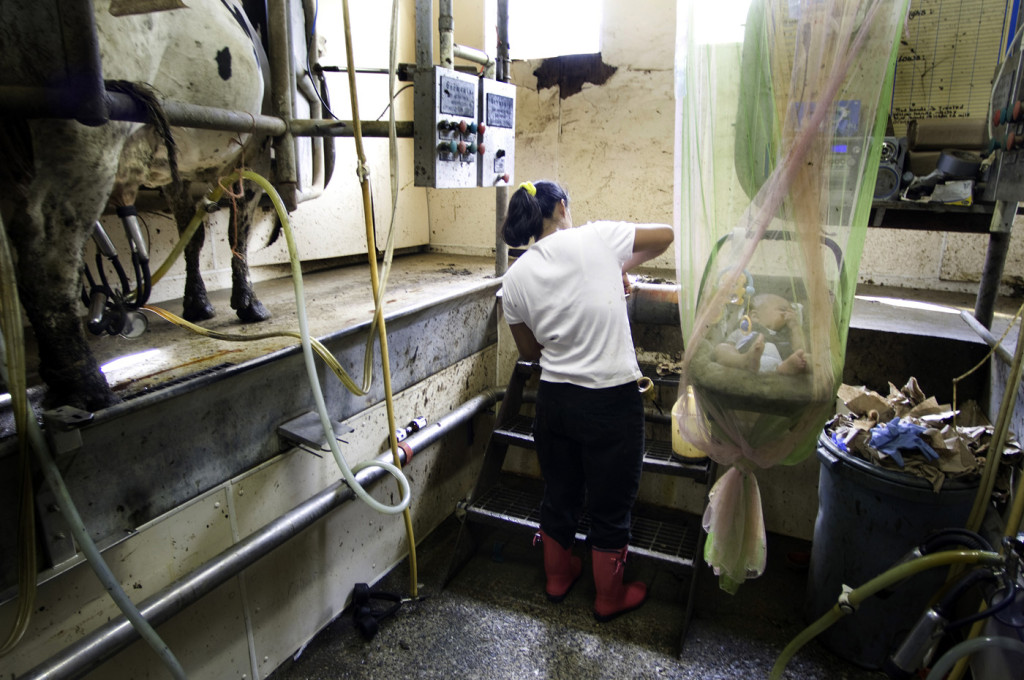 Despite the critical role these workers play in making Vermont the brand it is today, they are often subject to unfair treatment and inadequate living conditions. In a recent survey conducted by Migrant Justice, a farmworker-led nonprofit focused on human rights and food justice, 40% of workers report making less than Vermont minimum wage and 40% are not given a day off per week. While at work, 20% do not have access to a bathroom or water, and in many cases were not given 8 consecutive hours off to sleep.

Migrant Justice is organizing to change these conditions and create dignified work environments for farmworkers. They have already won several campaigns including the right to obtain a driver’s license regardless of immigration status, so that workers can be less dependent on their employer to meet their everyday needs, and a law creating bias-free policing policies in the state to counteract the prevalent racial profiling of migrant farmworkers.

Currently, Migrant Justice is working on a campaign called Milk with Dignity, which is modeled after the Fair Food Campaign organized by tomato pickers in Immokalee, Florida, and featured in the film Food Chains. Migrant Justice recognizes that dairy is a notoriously challenging and volatile industry where the profits from milk products are not redistributed fairly to farmers. Because of this, the Milk with Dignity campaign is not at all an attempt to demonize farmers, but instead is a way to bring human rights to the center of the discussion. 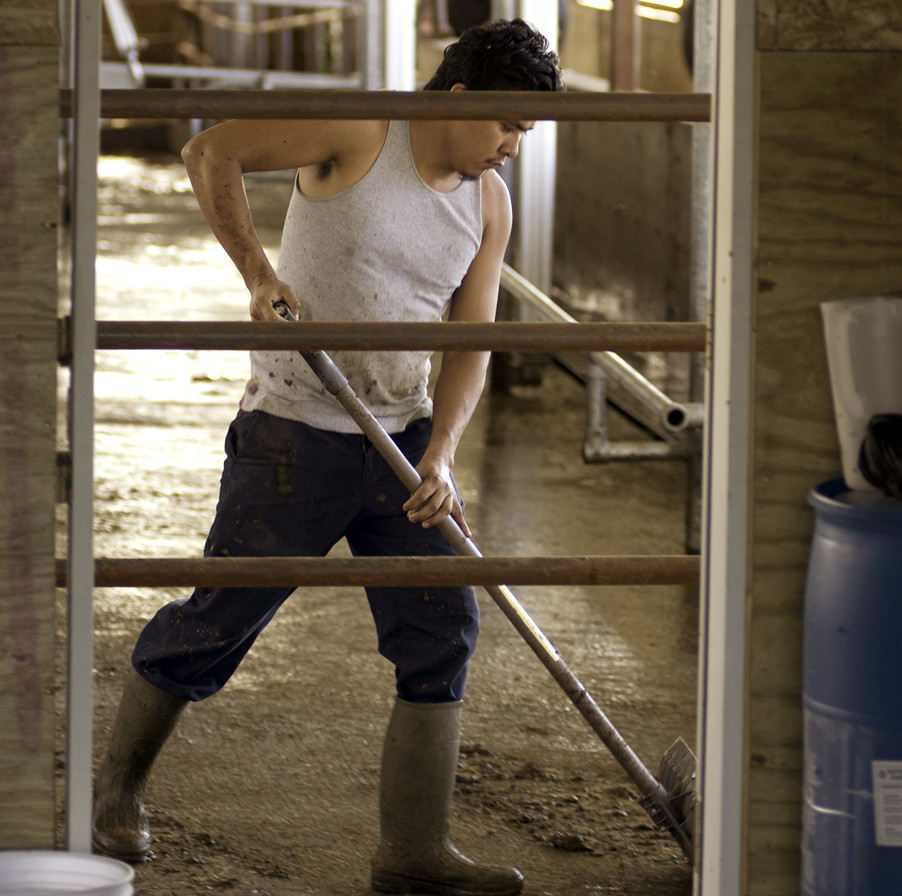 The program is built as a 5-part system, including:

At first glance, this program functions in a similar way to Fair Trade certifications, but there are some important differences. Milk with Dignity creates a premium paid to both the farm owner and the farmworker–showing up as a line in their paycheck–rather than going from the brand to the farm owner only. The second critical difference is that the workers themselves have defined the standards, rather than a third party, so the qualification of Milk with Dignity accurately reflects the needs of the very people the program is trying to help. Lastly, enforcement for Milk with Dignity comes with real market consequences. If a farm is found to be in violation of the standards, they risk being removed from the buyer’s supply chain.

Ben and Jerry’s became the first corporation to endorse Milk with Dignity in June of 2015 when they signed their intent to implement the program throughout their Northeast dairy supply chain.  While negotiations on the program’s implementation are still underway, their commitment is a promising start that will hopefully lead to a commitment to human rights and dignified work becoming the norm, rather than the exception.

Learn more about Migrant Justice and the Milk with Dignity campaign