According to a new U.S. Department of Agriculture-funded study, lack of access to affordable health insurance is one of the most significant concerns facing American farmers, an overlooked risk factor that affects their ability to run a successful enterprise. 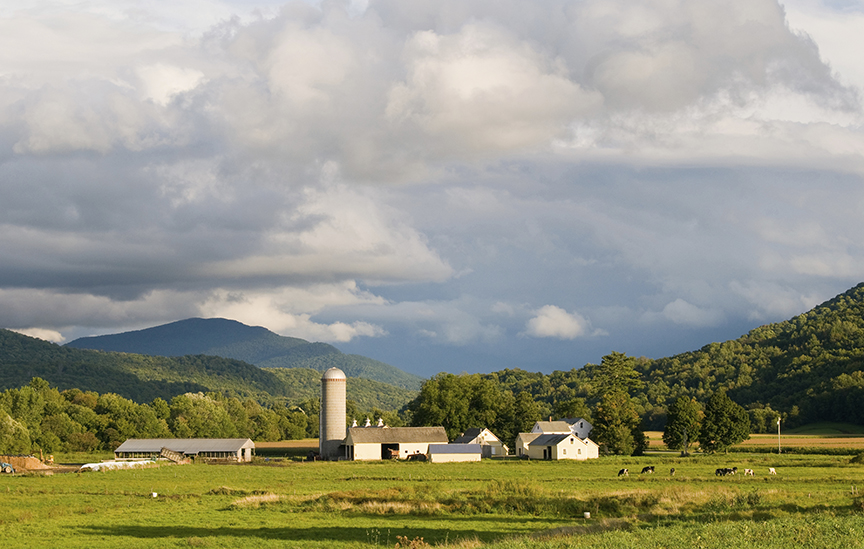 “The rising cost of healthcare and the availability of affordable health insurance have joined more traditional risk factors like access to capital, credit and land as a major source of worry for farmers,” said principal investigator Shoshanah Inwood, a rural sociologist at the University of Vermont, who conducted the study with colleagues at the Walsh Center for Rural Health Analysis at NORC at the University of Chicago.

“The study found that health-related costs are a cross-sector risk for agriculture, tied to farm risk management, productivity, health, retirement, the need for off-farm income and land access for young and beginning farmers,” said Alana Knudson, co-director of the NORC Walsh Center.

Study results were based on a March 2017 mail survey of farmers and ranchers in 10 study states and interviews with farm families in each of the study states in 2016.

Three of four farmers and ranchers (73 percent) in the survey said that having affordable health insurance was an important or very important means of reducing their business risk. And just over half (52 percent) are not confident they could pay the costs of a major illness such as a heart attack, cancer or loss of limb without going into debt.

Insights from the interviews supported the survey results. “During the course of interviews with farmers, many relayed stories about their family members or neighbors who had lost their farms or dairies due to catastrophic illness or injury when they were uninsured,” Knudson said.

To meet the needs of farmers, changes in current health insurance law will need to be carefully considered, the survey suggests.

“A number of farmers in their 50s we spoke with said they had left off-farm employment in the last five years to commit to full-time farming because they and their families would not be denied health insurance in the individual market due to pre-existing conditions,” Knudson said.

Almost half (45 percent) of the farmers surveyed said they’re concerned they will have to sell some or all of their farm or ranch assets to address health related costs such as long-term care, nursing home or in-home health assistance.

“These findings indicated that many farmers will need to sell their land, their most valuable asset, to the highest bidder when they need cash to cover health-related costs,” Inwood said, “making it more difficult for young farmers to afford land and increasing the likelihood farmland is sold for commercial development.”

Lack of access to affordable health insurance could potentially drive young people away from farming, the research found. Young farmers who had taken advantage of the Medicaid expansion in their states  told the researchers in interviews that it allowed them to provide health insurance for their children and have time and energy to invest in the farm or ranch rather than having to seek a full-time off-farm or ranch job with benefits.

Most farm families have health insurance, over half through public sector employment

The vast majority of farmers and ranchers (92 percent) reported that they and their families had health insurance in 2016 but that it frequently came from off-farm employment.

Over half (59 percent) of farm and ranch families received benefits through public sector employers (health, education and government).

The timing is right, Inwood said, as the five-year update of the U.S. Farm Bill is due in 2018.  The comprehensive Farm Bill deals with agriculture and all other issues under the jurisdiction of the USDA.

“We have a shrinking and aging farm population,” Inwood said. “The next Farm Bill is an opportunity to start thinking about how health insurance affects the trajectory of farms in the United States.”

Nothing is more important to the country’s food system than the viability of the farm sector, she said.

“It’s a matter of national security,” she said.

For the study, a total of 1,062 farmers and ranchers were surveyed in March 2017 in Vermont, Massachusetts, Pennsylvania, Michigan, Nebraska, Mississippi, Kentucky, Washington, Utah and California. Study states were selected in each of the four Census regions and included a mix of those that had expanded or not expanded Medicaid. The study results were also based on interviews of up to 10 families in each of the study states.

-The study was funded with a $500,000 grant from the USDA’s Agriculture and Food Research Initiative (AFRI) as part of a National Institute of Food and Agriculture initiative designed to increase prosperity in rural America.