It’s a safe bet that no matter where one finds themselves in Vermont, they’re not too far away from a Vermont food co-op. Boasting the highest number of stores per capita, Vermont’s 15 food co-ops have established themselves as pillars of their communities along with being drivers of the state’s local food movement. 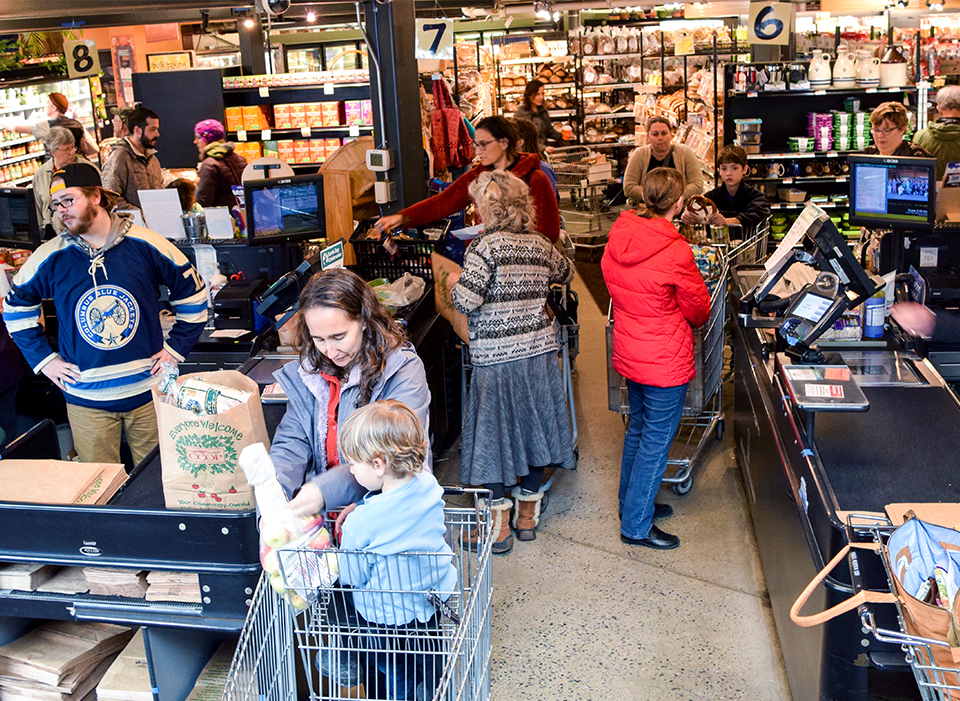 “Vermont’s food co-ops have been integral to efforts over the last decade to increase the amount of local food purchased and consumed in Vermont,” says Jake Claro, Vermont Farm to Plate Network director at the Vermont Sustainable Jobs Fund. “According to our most recent data, of the $310 million of Vermont made food purchased in the state in 2017, Vermont food co-ops were responsible for selling $42 million or 13.5 percent of that!”

Owned and democratically governed by their community members, food co-ops are uniquely positioned to respond to the needs of their customers in ways that larger grocery store chains cannot. Often, this includes making sure there is an abundance of local foods on the shelves in addition to other staples that Vermonters need and want.

“We are so much a part of our community and we know what it is to be relevant to the individuals in our community,” says Robyn O’Brien, general manager of Putney Food Co-op.

“The market will respond to consumer demand and that’s been the big driver for us,” says Kari Bradley, general manager of Hunger Mountain Co-op in Montpelier. “Vermonters want more local food.” 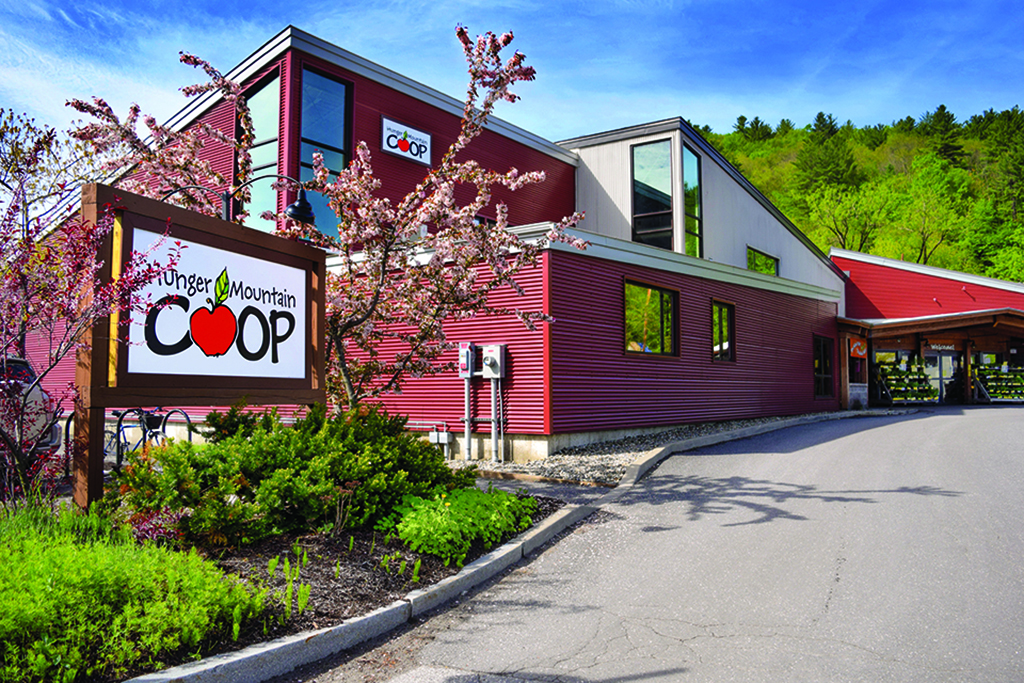 A lot of the success of Vermont’s food co-ops, and food co-ops in general, is due to their community member ownership and the influence that has over the store. With the member-owners being based in the area which the store serves and also serving on the boards of directors that help to set high level store policy, this leads to business plans that focus as much on supporting the community, such as helping to grow the local economy or ensuring access to food for all residents, as they do on the bottom line of the spreadsheet. Even if members of the store don’t sit on one of the boards or a committee, the stores tend to keep an open-door policy allowing for easy access to the staff to better address any concerns, questions, or requests and keep the store as responsive to the community’s needs as possible.

“Community ownership ensures that the co-op is sustainable over time,” says Erbin Crowell, executive director of Neighboring Food Co-op Association, which includes food co-ops across New England and New York State that are locally owned by 150,000 people. “They are rooted in the community and not going anywhere.”

Localized decision making and focus on supporting their community has equipped Vermont’s food co-ops with the ability and willingness to work with hundreds of different producers and distributors. It allows the stores to make sure they’re stocking the goods that their community is demanding, many of which are from Vermont producers, while also meeting the goals that the co-op has laid out in their mission statements.

“If you’re only focused on driving down expenses you’re not going to want to focus on working with a lot of food vendors,” says Bradley. “But that’s not the basis of our business model and as a result are able to work with producers of all different scales.”

This commitment from Vermont food co-ops to incorporate a values-based approach to business, in addition to not being driven by short-term profits, has resulted in their giving the opportunity to many smaller Vermont producers and food artisans to sell their products in a setting that they may have not traditionally had access to.

“We’re supporting the development of local products and food,” says O’Brien. “It’s an active part of what we do and how we think.”

According to Crowell, while food co-ops around Vermont and the region have been at the forefront of the local food movement, as the demand for local food among consumers continues to grow, they need to keep innovating for continued viability. Especially as larger stores begin incorporating and marketing local food.

-This piece was originally published on the Vermont Farm to Plate website.