Are Slow-Growth Chickens the Next Step for Poultry Producers? 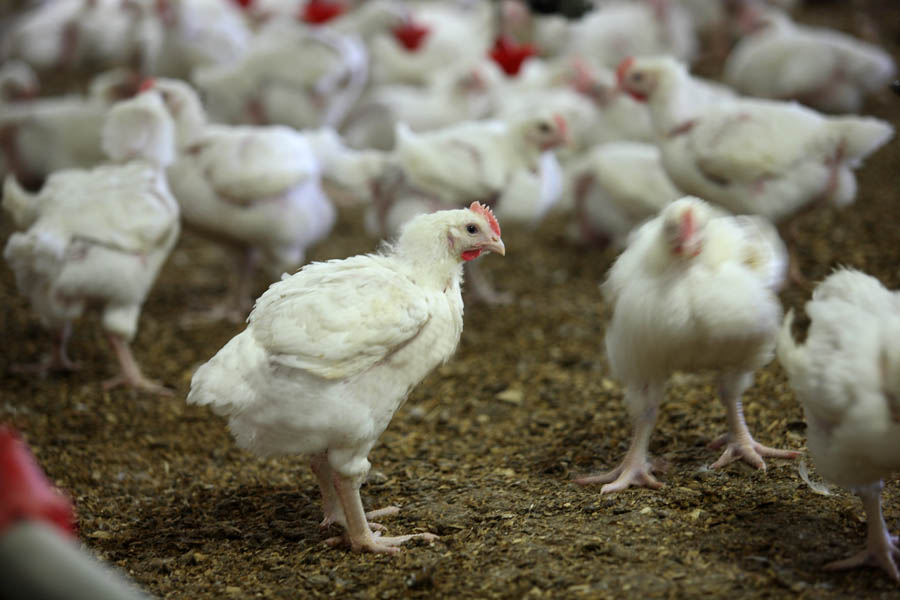 Perdue began investing in slow-growth practices in an attempt to reach a new purchasing group. Numerous companies like Whole Foods, Panera Bread, Subway, and Chipotle Mexican Grill are interested in shifting their poultry products to more humanely raised chickens. Bon Appétit, which supplies numerous campus kitchens across the country, has even committed to selling only slow-growth chickens by 2024. All of these changes have come as a response to consumer preferences pressuring retailors to sell foods that are better for humans, the environment, and the animals involved in production. Millions of people visit these retail chains every year, and it is difficult to tell how these new birds will affect their prices and customer base.

The Benefits of Slow-Growth Chickens

The chickens, according to Perdue, have a longer lifespan and need far more space to roam, growing for about 14 more days than conventional chicken breeds. This longer growth period results in leaner chickens with stronger legs, smaller breasts, and fuller flavor. Because slow-growth chickens need more space to grow, it means that producers are reducing flock sizes by about 3,000 chickens in order to provide more space for them to run around in. They also spend less time sitting on the floor, which increases airflow and reduces the risk of infections and food safety issues.

Factoring in the increased amount of land, water, and feed needed to raise these birds, Perdue estimates it costs about 30 percent more to produce slow-growth chickens, and that cost is transferred over to consumers.

The chicken industry responded to this emerging trend by claiming that the increased resources needed to grow these chickens will negatively affect sustainability in poultry production. Using the argument that conventional poultry production is the most efficient system to feed the world’s growing population, the industry rejects the move toward slow growing practices. These claims, however, do not take into account that the chicken industry is currently overproducing. A 2013 study by the USDA reported that 18 percent of edible chicken products, not including eggs, are wasted at the retail and consumer level. If the 18 percent could be reallocated to willing and hungry consumers, the struggle to “feed the world’s growing population” would not be so dire.

It will be interesting to see if this price increase will result in a shift in Perdue’s purchasing demographic. Perdue’s conventional chickens are sold for about $4 per pound, but slow-growth chickens could potentially be sold for as much as $10 per pound, more than doubling in price. According to a study conducted by the American Public Health Association, a 10 percent increase in the price of poultry will result in a 7 percent reduction in consumption levels. Which means that doubling the price of their poultry might cause Perdue to lose a large portion of their typical consumer demographic. However, given the fact that no other major poultry producer is interested in investing in slow-growth chickens, this new business strategy might simply elevate Perdue into a higher-income consumer group. The emergence of a big player such as Perdue into what was formerly the niche market of health foods could have serious repercussions for small-time poultry producers. They will be hard-pressed to compete with such a powerful and large-scale company, especially with a product as costly to produce as humanely raised chickens.

It’s important to remember, however, that although slow-growth chickens have a longer and more active lifestyle, they are not certified organic. They are still fed a limited diet of soybeans, corn, and proteins, which some may argue is not diverse enough to warrant a humane certification. Perdue’s senior vice president Bruce Stewart-Brown claims that the company has gained an appreciation for organic production methods but as of yet has not committed to adopting any official organic practices.

Only time will tell if this is the beginning of a new era of poultry production in the U.S. The resistance shown by other chicken producers suggests that business, for the most part, will continue as usual, but depending on how well Perdue’s slow-growth chickens are received, those companies might soon change their mind about conventional breeding methods. As more and more retailors shift their standards to follow the lead of Whole Foods and Bon Appétit, Tyson and other poultry producers might have no other choice but to follow suite and switch to raising slow-growth chickens. We might even see these new chickens in Sodexo dining facilities before the decade is out.

–Caroline Lee is a junior at UVM studying environmental studies with a concentration in Food, Land, and Community and a history minor. She is passionate about the complexities of food systems and the systemic inequalities that cause food insecurity. Her post was written for Professor Florence Becot’s Comparative Food Production Systems class (FS 196).