Celebrating the Progress of Farm to School in Vermont

Earlier this month, over 250 local and national farm to school leaders gathered at the 2016 Vermont Farm to School Conference to learn about the positive impacts of farm to school programming and help shape the future of the farm to school movement.

The conference was an opportunity for Vermont to strategize about the future of farm to school in the state as well as an opportunity to celebrate how far we have come. USDA Farm to School Director Deborah Kane offered praise for the collaborative efforts across the state. She said, “Vermont has long been a leader of farm to school efforts, and this conference is a clear indicator of what has seeded that leadership.” Kane’s words give us cause to pause and reflect on Vermont’s leadership in the farm to school movement. 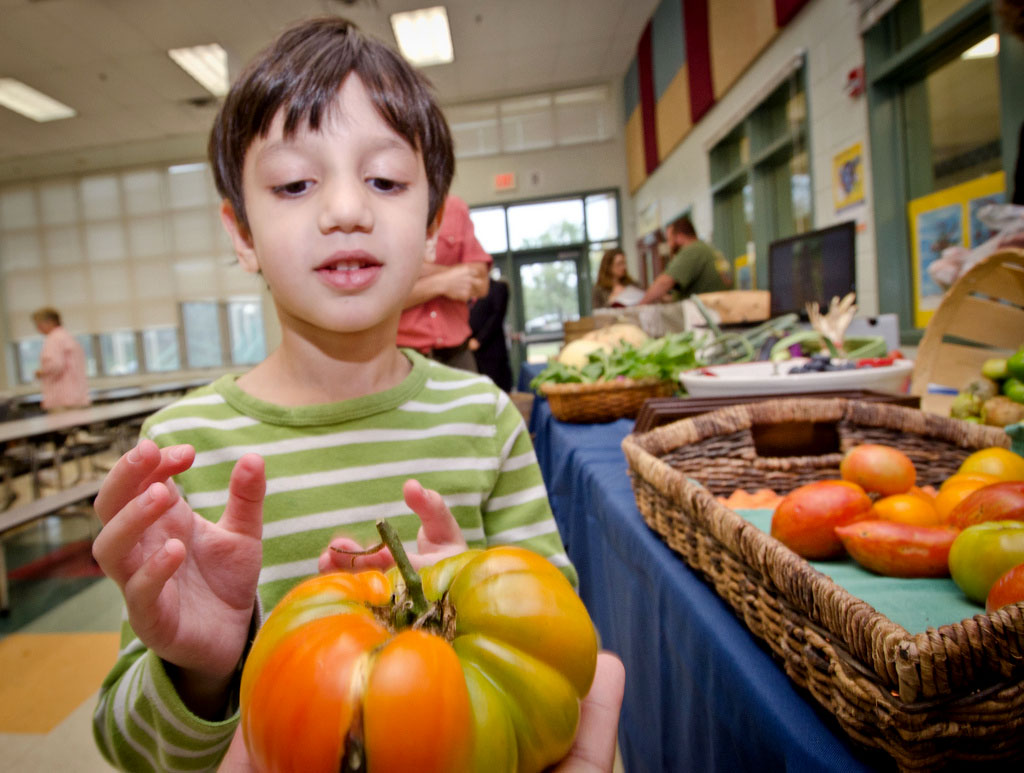 Held over the course of two days in Fairlee, Vermont, the conference featured talks by US Senator Patrick Leahy, Director Kane, Executive Director of Child Nutrition of Detroit Public Schools Betti Wiggins, and state government leaders. Vermont products were the main feature of the menu during the conference, including a special local bean dinner.

In 2007, Vermont became the first state in the nation to implement a Farm to School Grant Program, and has invested over $1.5 million in farm to school programs in over 30 percent of Vermont’s schools, impacting over 30,000 students.  On a national level, our own Senator Leahy is largely responsible for initiating and championing federal farm to school legislation.

Not only does Vermont have strong support for farm to school programming from state leadership, but it has a strong network of committed individuals on the ground. The Vermont Farm to School Network is a community of farm to school advocates, practitioners, and educators from around the state that provide leadership, coordination and advocacy to advance farm to school efforts here in Vermont.

This network participated in an intensive, six-month strategic mapping process in 2014 to identify their goal and develop strategies to advance farm to school in the state. The result of that process was the following goal: By 2025, 75 percent of Vermont schools will lead the cultural shift to a values-based food system that engages 75 percent of our students in integrated food systems education; community-based learning; nourishing universal meals; and the experience of self-efficacy; purchasing at least 50 percent from a socially just and environmentally and financially sustainable regional food system.

The dedication and passion of the Vermont Farm to School Network not only moves farm to school forward in our state, but it serves as a model and inspiration for other states.

Betti Wiggins, executive director of child nutrition of Detroit Public Schools and a keynote speaker at the conference credits the Vermont farm to school model for much of the success of her farm to school programs.

“I need to thank Vermont and all of you for providing me with the inspiration to start farm to school programs in my own school system in Detroit,” said Wiggins.  “Almost a decade ago, I visited Vermont to learn about farm to school, and I stole your model.  At this point in my talk, I just wanted to remind you all that imitation is the highest form of flattery.”

Hosted by the Vermont Agency of Agriculture, Food and Markets (VAAFM) and Vermont FEED, in partnership with the Vermont Farm to School Network, the conference attracted a wide range of attendees, including farmers, food processors and distributors, child nutrition professionals, teachers, school administrators, government officials, policy makers, advocates, and non-profit partners.  Attendees had opportunities to participate in over 25 workshops focused on a variety of topics including farm to school curriculum design and funding strategies, sharing stories of impact, school garden program planning, and engaging teens through innovative food systems programs.

Vermont has come a long way in pushing the farm to school movement forward and as remarks from the conference indicate, the effects of efforts here in Vermont reach further than our own communities.

-Jennifer Porter is the Farm to Institution Coordinator for the Vermont Agency of Agriculture, Food & Markets in Montpelier.