M. Jahi Chappell on Food Security, Engagement, and the Nature of Good Food 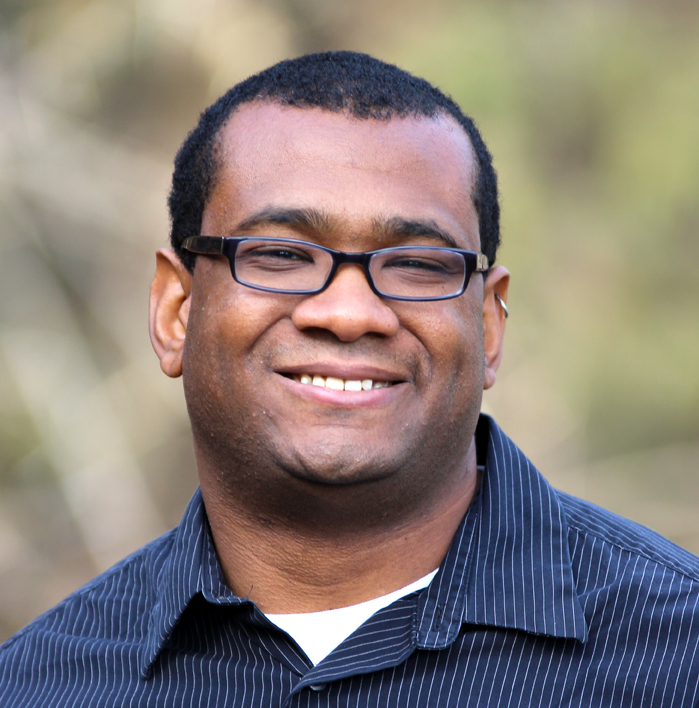 M. Jahi Chappell is incoming Senior Research Fellow on Agroecology and Agriculture Policy at Coventry University’s Centre for Agroecology, Water, and Resilience in the UK. He was previously Senior Staff Scientist at the Minneapolis-based Institute for Agriculture and Trade Policy, where he provided scientific input for all of IATP’s programs. Chappell has consulted for the FAO, the city of Belo Horizonte, and La Via Campesina. Before working for the IATP, he was an assistant professor of environmental science and justice at Washington State University and associate director for WSU’s Center for Social and Environmental Justice.

Chappell will be a keynote speaker at the 2016 UVM Food Systems Summit on June 14–15. We talked to him about food security, engaged citizens, and the nature of “good food.”

Your bio for the IATP states that your work hopes to move toward a food system that “serves and supports both farmers and citizens (not just consumers!).” What’s the difference between a citizen and a consumer, and how do they factor into a sustainable—and just—food system?

This is an important and tricky distinction. While we are all consumers of food—and in that way, the term includes everyone, including farmers—the idea of “voting with our fork” has been amply and rightly critiqued over the years. Figures ranging from Frances Moore Lappé, Marion Nestle, and Josh Viertel have encouraged us to “vote with our vote” and (Lappé in particular) outlined various democratic and participatory actions we can take to improve food systems.

So, here is the basic difference: The term consumer limits our conception of what we can do in terms of what we choose to eat and defines us as humans as the sum of our consumption choices. Besides being an impoverished way to look at our diverse and multifaceted people and communities, it is antidemocratic, and uncreative to boot.

As a consumer, I have “votes” in the marketplace in proportion to my wealth. This means that given the huge wealth inequalities in the United States, focusing on people as “consumers” is to focus on a space where the 16 million families in the top 10% (77% of wealth, according to economists Emmanuel Saez and Gabriel Zucman) have more than three times as many votes as the remaining 144 million families (23% of wealth). Tactically, it does not make sense to focus your efforts in a space where some families each get what amounts to 30 times more votes than most other families.* And ethically it makes no sense to abandon our responsibilities as citizens or abide by food “voting” where the people with the greatest needs get almost no votes, and those with the most disposable income get many votes.

Food and agricultural justice are vital components of a healthy and democratic society. We could not have shopped our way into desegregation, the Clean Water and Clean Air acts, public schools, or the freedoms of speech and religion. As with those issues, consumption choices may play a part, but focusing on our roles as consumers to change the food system is just as nonsensical as it would have been for the bulk of the civil rights movement to focus on shopping from the right places to promote racial and gender equality.

Acting as citizens, especially beyond the ballot box, is complex. But it has the virtue of starting with the assumption that we all should have equal say and come to the table with equal political worth, rather than simply ignoring or accepting a 30-to-1 disparity in power from the word go.

Much of your research takes place in Brazil looking at food security policies. You also promote citizen engagement and grassroots activism as a way to empower local communities and mitigate hunger. How can policymakers anywhere create systems and policies that work with people, rather than just at them?

The first step is to take an attitude that does not accept that what we have now is the best or only way. Democracy is an aspiration and process, not someplace you get to and then stop working on. So an openness to experimenting in improving democracy is necessary. While this sounds daunting, in the United States it’s exactly what we praise our Founding Fathers for. We should dare to live up to our ideals and emulate what we respect in our idols.

We don’t have to start from scratch. Communities around the world have been trying new ideas and processes of democracy, including citizen and grassroots engagement in Brazil. Despite the current turmoil in Brazil, it has gone from being around the ninth most unequal country in the world in 2004 to around the 14th in 2013—in other words, commendable progress, but not without continuing social problems and profound inequality. To be more specific, there’s a whole family of new ways of doing democracy, which share a lot of similarities, such as participatory budgeting (started in Brazil in the 90s and now used in some form by thousands of communities around the world); citizens’ juries; consensus conferences; building co-sensus (not “consensus”); deliberative polling; best practices for common property management; and even naw’qinwixw (“the four societies approach”), which I recently learned about from Jeannette Armstrong, an Okanagan Syilx activist, author, and educator.

Are there any misconceptions about your work or your field that you wish people would understand?

Many! But two of the most pertinent include:

(1) The belief that increasing food production is the best way to fight hunger. The quickest, most effective ways to fight food insecurity and hunger are improving political and educational equality for women and girls, but firmly rooted in local context; and providing improved sanitation and access to clean water. These elements, along with dietary diversity, have made up 80% of the decrease in hunger over the past 40 years.* Only 20% of the decrease in hunger has been from increased food supply. And these relative contributions will more or less hold for the future. The most important methods for fighting hunger will continue to be gender equality, provision of basic infrastructure, education, and dietary diversity. Increased production will play a part, but it’s far from the most important part.

(2) The idea that the Green Revolution (the hybrid seeds-synthetic pesticide and fertilizer packages developed and deployed in the 1960s and beyond) averted dramatic hunger. It’s not that this isn’t possibly true. But the evidence is so much murkier than is admitted. For one thing, recent research indicates that higher food prices might be better for rural AND urban poverty if farmers receive a good portion of those higher prices.** So the increased production and lower food prices of the Green Revolution may have been a double-edged sword at best.

There were numerous changes in political systems, movements, public mobilization, and advancement of international and national human rights agendas at the same time as the Green Revolution. In other words, correlation—increased productivity and decreased hunger—doesn’t prove causation. In the case of hunger, we have numerous competing explanations that imply a smaller role for the Green Revolution than is commonly thought, and so at the very least, the causation is confounded (difficult to separate from other factors happening simultaneously). Given, however, the consistent research of the past four decades by people like Nobel Prize–winning economist Amartya Sen, which has shown that sociopolitical factors outside of food production (and population size) strongly influence who goes hungry and when, it would not be surprising if the Green Revolution’s role has been greatly overestimated.

*According to researchers Lisa Smith and Lawrence Haddad: http://www.sciencedirect.com/science/article/pii/S0305750X14003726

**A simplified version of the mechanism proposed/observed by several economists is that better prices for farmers makes farming more lucrative and attractive, effectively increasing rural wages, and therefore making it necessary for urban employers to increase wages, too, to compete.

Finally, in your opinion, what makes food good?

Food that supports and has been supported by love is “good”—that is, food prepared with love, in a situation allowing time and space for food preparation to be shared and savored; food produced by farmers and laborers who are fairly compensated and able to choose their work out of love; and food produced in a way that embraces love for the ecosystems we share the earth with.

My definition in brief would parallel Martin Luther King Jr.’s admonitions about love and power:

“Power without love is reckless and abusive, and love without power is sentimental and anemic. Power at its best is love implementing the demands of justice, and justice at its best is power correcting everything that stands against love.”

One might say an agriculture and food system without love is reckless and abusive, and “good food” without justice is sentimental and anemic. “Good food” is implemented with respect for the demands of justice and supports the power of all people to correct everything that mitigates against love.

*According to researchers Lisa Smith and Lawrence Haddad: http://www.sciencedirect.com/science/article/pii/S0305750X14003726

**A simplified version of the mechanism proposed/observed by several economists is that better prices for farmers makes farming more lucrative and attractive, effectively increasing rural wages, and therefore making it necessary for urban employers to increase wages, too, to compete.

M. Jahi Chappell will be a keynote speaker at the UVM Food Systems Summit on June 14-15 at the UVM Davis Center.  For more information or to register, visit uvm.edu/foodsystemssummit.