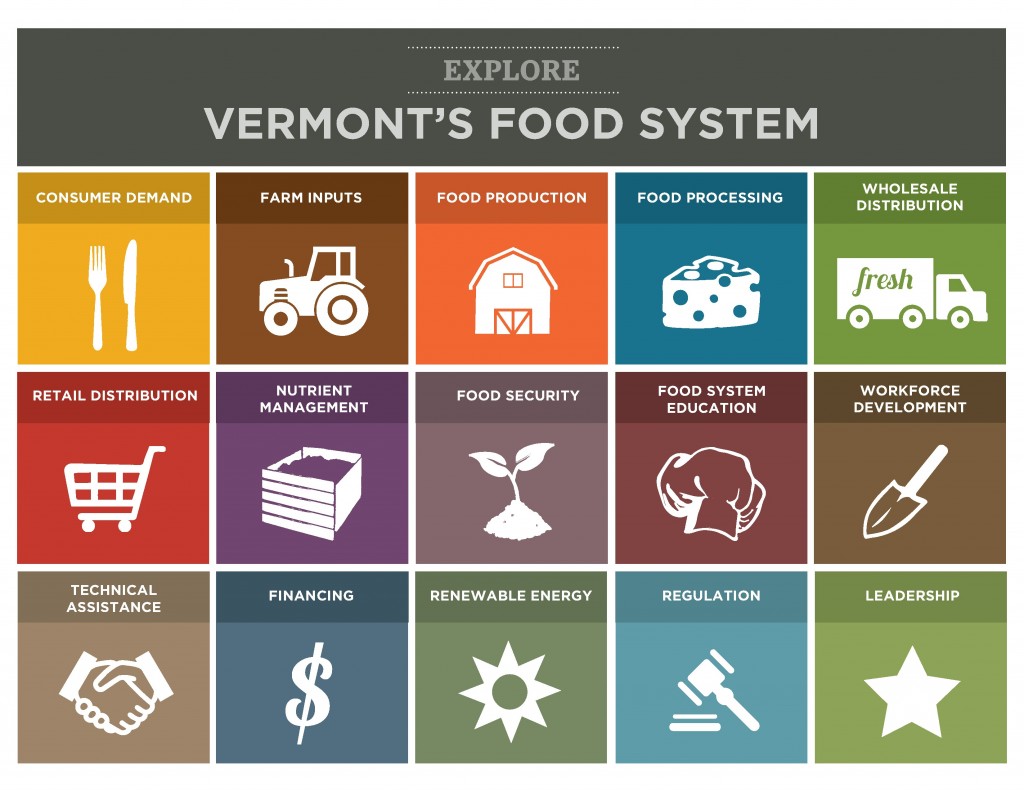 Increases in local food consumption, jobs, and overall economic activity in the farm and food sector over the past five years are highlighted in the 2015 Farm to Plate Annual Report, released today by the Vermont Sustainable Jobs Fund. 2016 marks the halfway point of the release of the Farm to Plate Strategic Plan and the Farm to Plate Network is entering its 5th year implementing Vermont’s food system plan. A presentation to the House and Senate Agriculture Committees this morning was immediately followed by a press conference at the Statehouse.

“We could not be more pleased with the 5,300 new jobs that have been created and the overall positive impact Farm to Plate is having on the state’s economy, which has grown to over $10 billion in annual sales. When we passed the Farm to Plate Investment Program legislation in 2009 which called for increasing economic development and jobs in the farm and food sector and improving access to healthy local food for all Vermonters, we had no idea how much change might be possible. Because of the impressive and far reaching efforts of the Farm to Plate Network, this initiative has far exceeded our expectations. We’ve learned so much about how the food system works, how many types of jobs it encompasses, and how many opportunities there are for young people. Farm to Plate has also helped our Committee pass more informed policy and smarter investments in our food system,” says Representative Carolyn Partridge (Windham) and House Agriculture & Forest Products Committee Chair.

The 2015 Farm to Plate Annual Report highlights both statewide and regional progress made to reach the Farm to Plate goals over the past five years as well as what is needed to reach the goals set forth in the Vermont’s food system plan by 2020. Regional highlights from each Vermont County are included in the annual report.

At no other time in Vermont’s history has food system activity been more coordinated and more of an economic driver in Vermont. Farm to Plate has firmly established that food system development is fundamental to Vermont’s economy. Vermont generates the highest sales from agricultural production ($776 million) in New England and Vermont maple syrup, cheese, ice cream, and beer are in high demand nationally. Vermont has witnessed sustained growth in food system sales, jobs, and businesses, and increases in value added food manufacturing, financing opportunities, and supply chain connections. 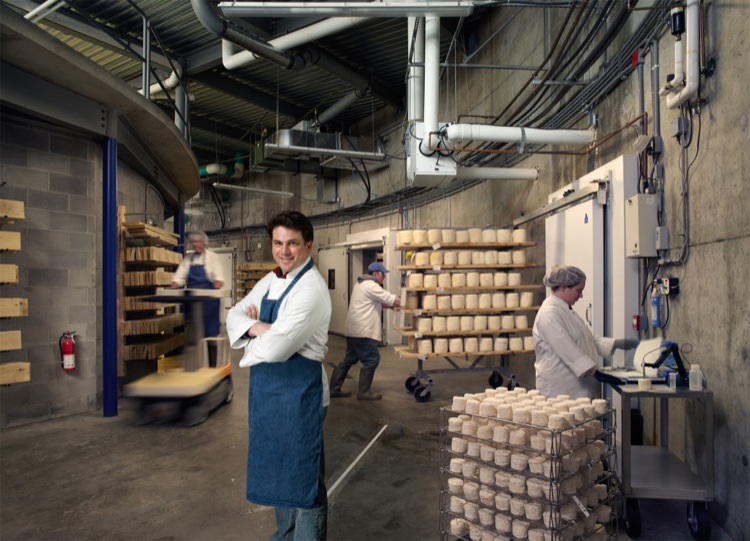 Consumer preferences have decisively moved away from artificial ingredients and highly processed food in favor of healthy, local food—and many Vermont businesses are taking advantage of this trend. At the same time, the effects of the Great Recession persist: 10.2% of Vermont households were food insecure at the start of the recession compared to 12.6% today—about 33,000 households.

Vermont’s Universal Recycling Law (Act 148), the Water Quality Law (Act 64), and the Renewable Energy Law (Act 56) require paradigm shifts in nutrient management, water quality practices, and renewable energy generation that change the way resources are managed and business is conducted. Many food system organizations in the Farm to Plate Network are already engaged in this groundbreaking work in a cooperative fashion (e.g., through the Farm to Plate Food Cycle Coalition, Agency of Natural Resources (ANR) staff working to connect with food rescue efforts being expanded by the Vermont Food Bank).

Food diversion and food rescue (surplus food) due to the implementation of Act 148 has increased above ANR estimates. According to the Vermont Foodbank, the number of food rescue pounds picked up increased by 30% over the past year. 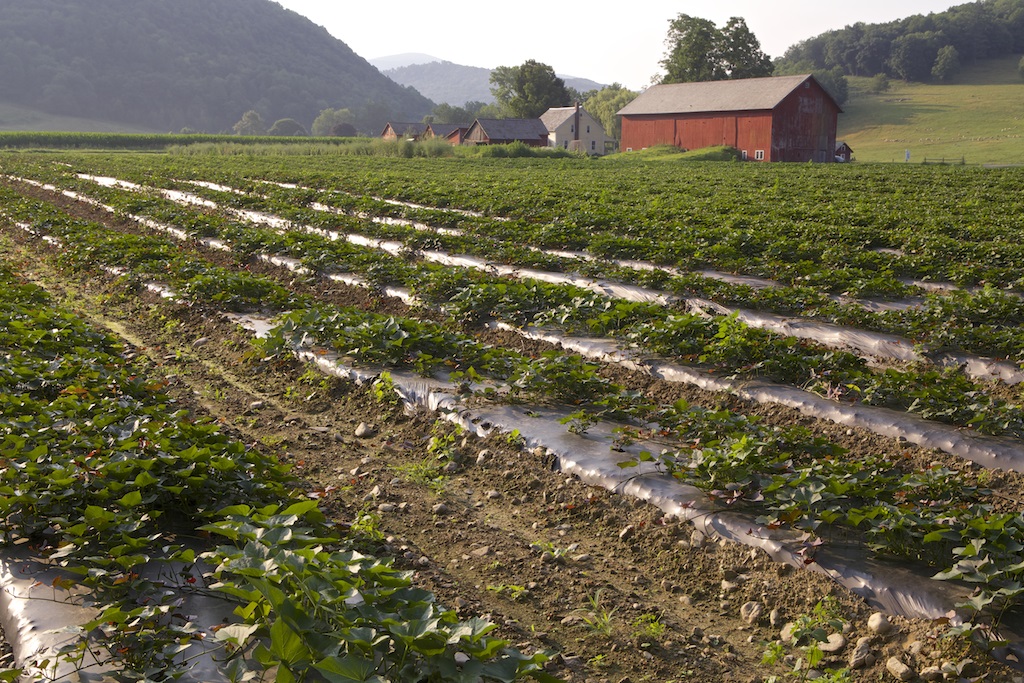 Socially, supporting the continued evolution of the charitable food system and increasing local food availability where the majority of people shop are critical for Vermont to meet Farm to Plate goals. Connecting the food and health care systems are also needed in order to address health trends (e.g., obesity) that are moving in the wrong direction.

From an environmental perspective in the coming years, protecting and incentivizing the sustainability of natural systems will be key—especially around healthy soils and clean water—as Vermonters prepare for, mitigate against, and adapt to the challenges presented by climate change.

“The next five years will focus even more attention on increasing overall agricultural production and encouraging proactive succession planning so that Vermont’s next generation of farmers can keep land in production. We’ll also be working to expand the number and types of markets selling local food such as hospitals, colleges, and grocery stores. And we’ll be launching a grassroots consumer marketing campaign to encourage Vermonters to purchase more locally made products, helping to keep our food dollars local,” said Erica Campbell, the Farm to Plate Network Director. “It will also be important to focus our attention on strengthening the alignment, coordination, and relationships between Network organizations within different Vermont regions and also across county lines. While we’ve already accomplished a lot in five years, there’s still more to be done.” 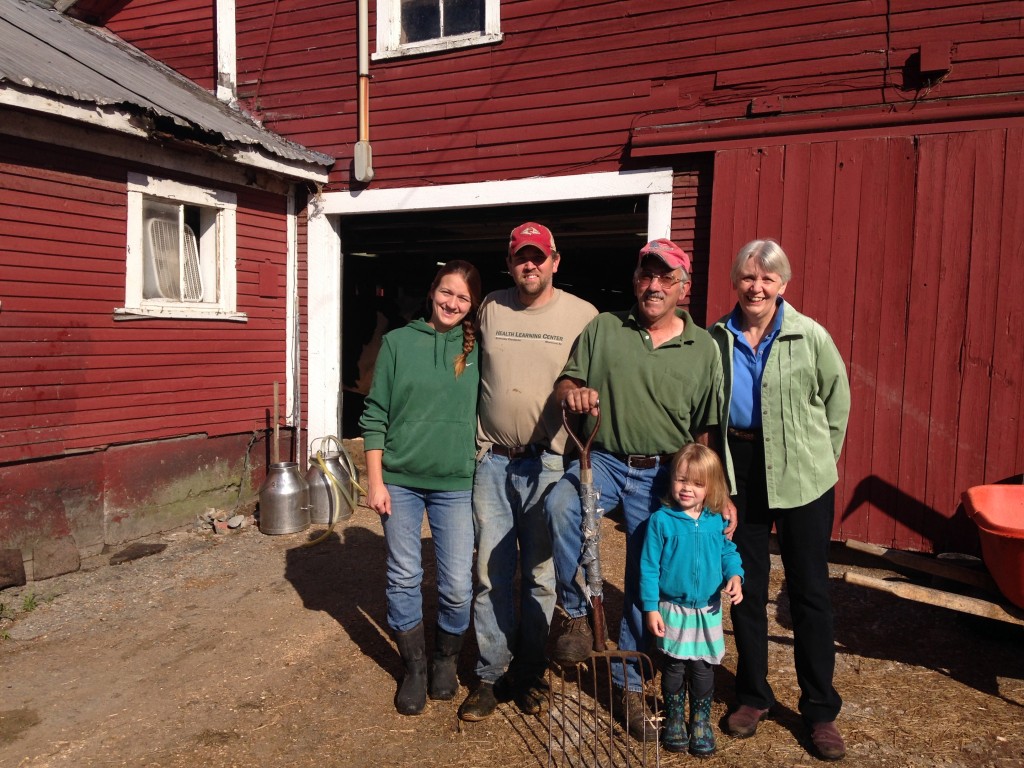 Farm to Plate is Vermont’s food system plan to meet the goals of the legislation passed in 2009 calling for increased economic development and jobs in the farm and food sector and improved access to healthy local food for all Vermonters. The Farm to Plate food system plan was released five years ago and the Farm to Plate Network (diverse group of over 350 stakeholders from the private sector, non-profit organizations, institutions, and government agencies) is entering its fifth year implementing the plan. The Farm to Plate Network is coordinated by the Vermont Sustainable Jobs Fund, a non-profit organization located in Montpelier.

The Farm to Plate Strategic Plan, all work connected to the Farm to Plate Network, and the complete data analysis and visualization of how Vermont is doing reaching the 25 goals of Vermont’s food system plan are located at www.vtfarmtoplate.com. The website also hosts a statewide newsfeed of Vermont farm and food news and the Vermont Food Atlas – a searchable database of over 7,000 farm and food sector people, places, and resources in Vermont’s farm and food sector. Follow on Twitter @VTFarm2Plate.