This interview was originally published by Chelsea Green Publishing on May 9, 2013. 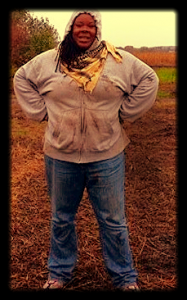 Tanya is Executive Director of The BLK ProjeK. Inspired by her experiences as a single working mother in a marginalized community, Executive Director Tanya Fields created and founded the BLK ProjeK in 2009. Tanya will be both an instructor and speaker at the University of Vermont Food Systems Summit in June.

In New York City, one and a half million people (out of 9 million) are food insecure, meaning they do not have access to healthy, good quality affordable food.

While many of the city’s residents can afford to dine out in expensive restaurants or shop at upscale markets, there are neighbors, many of them children, who go to sleep hungry. Many organizations have stepped up to deal with this crisis in food insecurity. One of those is BLK ProjeK in the South Bronx, headed by Tanya Fields. UVM interviewed her about the successes and challenges of building a sustainable food system in the biggest city in the US.

University of Vermont: How did you get involved in BLK ProjeK?

Tanya Fields: I was born and raised in Harlem, a community that I love, but that I could no longer live in due to gentrification. I moved to the South Bronx several years ago. It was an eye opener. I became much more aware of food insecurity, particularly among children. When my own child became ill, I realized that the quality, quantity and affordability of healthy food was a key determinant of health.

I also realized that social activism had a major role to play in the solution. We can complain about a perceived problem, but unless we do something, take action, the problem will persist. BLK ProjeK has two intertwined missions: to make healthy food accessible, and to develop leadership skills in local youth, particularly females.

UVM: In a city as big as New York is that an insurmountable task?

TF: No. If I thought that way, I would not be able to do my work. We are very small as an organization and it is difficult to get the funding that we need to sustain our work, but we are making changes everyday. Next month, we launch our Mobile Market, which will bring the needed healthy food to the people who need it most in this community.

UVM: There are several organizations, some big and some small, that do work similar to yours. How do you differ?

TF: Sadly, the organizations that have been around for many years and some newly formed organizations, have more than a million people to serve. That’s important work for all of us. We spend all of our money on food and delivery to the most in need. We don’t spend money on brochures and t-shirts because we just don’t have it to waste. We invest our money in solutions that increase access and create opportunities for people to feed themselves and their families.

UVM: What do you see as most important agenda in fixing the broken food system?

TF: Leadership. Particularly among the people who know these underserved communities first hand. I grew up seeing the dynamics in my neighborhood, in the schools, in social networks. I understand the issues because I lived them. But that is not enough. We need to develop leadership so that change is achieved though policy, though concrete solutions. A delivery of food to someone hungry is vital. Even more important is being an instrument of change, so that the system of food insecurity does not perpetuate itself.