…Dedicated to the old Sweet Greening Tree, whose hundred years of humble usefulness reflect the ruggedness and vitality nurtured by the hills of Vermont… –Dedication from George Aiken’s Pioneering with Fruits and Berries 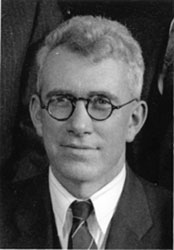 George Aiken was born in Dummerston, Vermont on August 20, 1892. He spent his earlier years in the common schools of Putney, VT and graduated in 1909 from Brattleboro High School. A farmer in occupation, he married Beatrice Howard and had four children by her: Dorothy, Marjorie, Howard, and Barbara. He married his second wife, Lola Pierotti, on June 30, 1967.

George D. Aiken held public office at the local, state and national level, garnering kudos and awards throughout his long term of service to Vermont. His illustrious career began in 1931 when he first entered the political arena as a Town Representative. His political career spanned forty-three years. During this time he served as Speaker of the House of Representatives, Governor of Vermont, Putney Town Moderator and United States Senator.

One has only to view the long list of his achievements to recognize the greatness inherent in George D. Aiken, but he was not a man defined solely by awards and career goals. One glimpse into his real life allows us to see and realize the humor and pureness of his character.

“…Dedicated to Peter Rabbit in the hope that flattery will accomplish what traps and guns have failed to do, and that the little rascal will let our plants alone from this time on…”
–Pioneering with Wildflowers, 1968

George D. Aiken (1892-1984), born in Dummerston, educated in the common schools of Putney, a graduate of Brattleboro High School 1909, served as Governor of Vermont 1937-1941, and U.S., Senator (R-VT) 1941-1975. He owned a wildflower business in Putney, and he always listed his occupation as a farmer. In 1914 he married Beatrice Howard, and they had four children. After her death 1966, he married longtime administrative assistant,
Lola Perotti. Aiken was master of the Putney Grange at age 18, helped organize the Windham County Farm bureau, the second to be founded in Vermont 1913, and served as bureau president in 1935 and 1936.

After serving in a number of local political positions, including School Director for Putney 1920-1937, Aiken was elected Town Representative to the Vermont State Legislature, and became famous for his opposition to the private power companies over the issue of flood control. This popularity helped him to win the Speaker’s post in the Vermont House of Representatives by defeating a banker from Barre because, according to Aiken, 1933 was a bad year to be a banker. He was elected Lieutenant Governor the following year and served form 1935 to 1937. Aiken was a moderate Republican who championed the New Deal programs that helped working class Vermonters, but attacked those that required deficit spending or created executive aggrandizement. In a 1938 Lincoln Day Address, he castigated “old guard” Republicans who were too wedded to corporate and monied interests, and though this increased his popularity generally, it made enemies of nation and Vermont party regulars who hoped to block an Aiken third term candidacy. Aiken had other plans; he appointed Ernest W. Gibson Jr. to fill out the term vacated by the death of his father, US senator Ernest W. Gibson in 1940, and when Gibson declared his own candidacy, beat Ralph Flanders in the Republican primary, and went on to win the election and serve the next thirty four years in the US Senate.

Though he claimed that a move to the US Senate was the next logical step, Aiken also indicated that he went to Washington to push the St. Lawrence Seaway, and he introduced a bill to build it in 1943. He and Vermont politicians before him saw Vermont’s future to the north, and the seaway, with a short Champlain Waterway canal link (never constructed), would break the monopoly of the railroads and bring grain prices down while helping with the industrial development of Vermont. The seaway would also provide cheap public electricity and thwart the interests of the greedy power companies who showed little interest in help in rural America. Aiken supported the Rural Electrifications Administration (REA), in opposition to his own party, because it directly improved people’s lives.

Aiken requested and was granted a seat on the Senate committee on Agriculture and Forestry, and retired as ranking member of the committee in 1975 after serving two short periods as chair in 1947-48 and 1953-54. As a freshman he was appointed to the Committees on Pensions, Civil Service, Expenditures in the Executive Department, and Education and Labor, and bided his time and waited for an opening on Foreign Relations. Aiken was a loyal Republican in all of the years he served in the senate, but he was a maverick within his party. Though opposed to the Taft Hartley Act (1947), for instance, he voted for it and for the subsequent override of the President” veto because it was a Republican initiative. When the time came, he would work within his party to try to amend it. As a member of the “Young Turks”, Aiken opposed the leadership of Senator Robert A. Taft, and he signed Margaret Chase Smith’s “Declaration of Conscience” (1950), a controversial document that many felt was directed at Senator Joseph McCarthy, and in 1954 he joined colleagues to censure the Wisconsin Republican. Aiken opposed the ascendancy of Senator Barry Goldwater in the 1960′s, and made his position known by placing Margaret Chase Smith’s name into nomination for president against him at the 1964 Republican National Convention.

In many ways Aiken was the opposite of senior US Senator, Warren R. Austin, the “American internationalist” and friend of business. His first speech on the senate floor was against Lend-Lease to Britain. He saw such bills as strengthening the power of the executive branch, besides, he felt the US interest lay in the western hemisphere, particularly with Canada rather than in Europe. In 1954, Aiken gave up his seniority on Labor to take a seat on the foreign Relations Committee. Some though this move was a sacrifice to block the ambitions of “Joe” McCarthy, but Aiken’s principal reason was to put together the powerful combination of Agriculture and Foreign Affairs which was to result in the passage of the St. Lawrence Seaway Act (1954) and PL 480, the famous “Food for Peace” legislation that was pat of the US attempt to fight communism through foreign aid. Aiken was opposed to the views of many in the agricultural sector who favored scarcity to keep up prices. He wanted to expand the markets for American agricultural products.

Aiken had established his reputation as a pragmatist, party loyalist, executive branch watchdog, and as a supporter of middle class mainstream values by the end of the Eisenhower administration, and by then he had begun his famous breakfasts with Mike Mansfield, a leader of the opposition party. In 1958 Aiken became chair of the Subcommittee on Canada, and with bipartisan support, he retained this position until he left the senate in 1975. A year later, he was appointed to the Joint Committee on Atomic Energy in 1959, and helped place the Vermont Yankee nuclear Power Plant in Vernon. Agriculture was a large user of electric power, and Aiken saw nuclear energy as an important alternative to fossil fuels. President Johnson turned to Aiken in 1964 to help develop a compromise for the landmark Civil Rights Bill. His contribution was in the public accommodation section in which he carved out an exception for “Mrs. Murphy’s boarding house.” Persons renting four or fewer rooms were exempted from the law and this broke the logjam.

Mansfield gave Aiken his identity as “the wise old owl” during the Vietnam War period for his statement that we should declare
victory and get out, a balance between “hawks” who wanted victory and “doves” who wanted to withdraw at any cost. Aiken was ambivalent throughout the war, voting against his better judgement for the Gulf of Tonkin Resolution (1964) which gave more power to the President, voting for increases in troops, and later supporting the Cooper-Church Amendment for a phased withdrawal of American forces. Aiken had a lot of confidence in President Nixon who was elected in 1968, backed his plans to bomb Hanoi as a way of ending the war quickly, and supported him throughout the Watergate investigations, urging Congress to impeach or get off the President’s back.

Aiken was 75 when he ran for his last term in the senate in 1968, but he was still so popular that, according to legend, he spent only $17 on his campaign. He finished out his senate career as an environmentalist. From the beginning Aiken felt that our natural resources were a common heritage and were not to be used up by the special interests of the few. In his last years in office, he hoped to create eastern wilderness areas so that citizens in the East, like those West of the Mississippi, would have the same opportunities to enjoy pristine forests close at hand. He had a passionate desire to open the Northeast Kingdom, a name he applied to the northeastern counties of Vermont in a 1948 speech in Lyndonville, for recreational use, and in 1974 he sponsored the Eastern Wilderness Areas Act to create such a place in the heart of the Kingdom. Throughout his career, and in the books he wrote, Pioneering with Wildflowers (1933), Pioneering with Fruits and Berries (1936), Speaking from Vermont (1938), and Aiken: Senate Diary, January 1972-January 1975 (1976), Aiken saw a common vision, expressed in his 1938 volume, of a “Vermont with a heritage of ideals that included the principles of loving liberty, of self-reliance, of thrift and liberalism.” 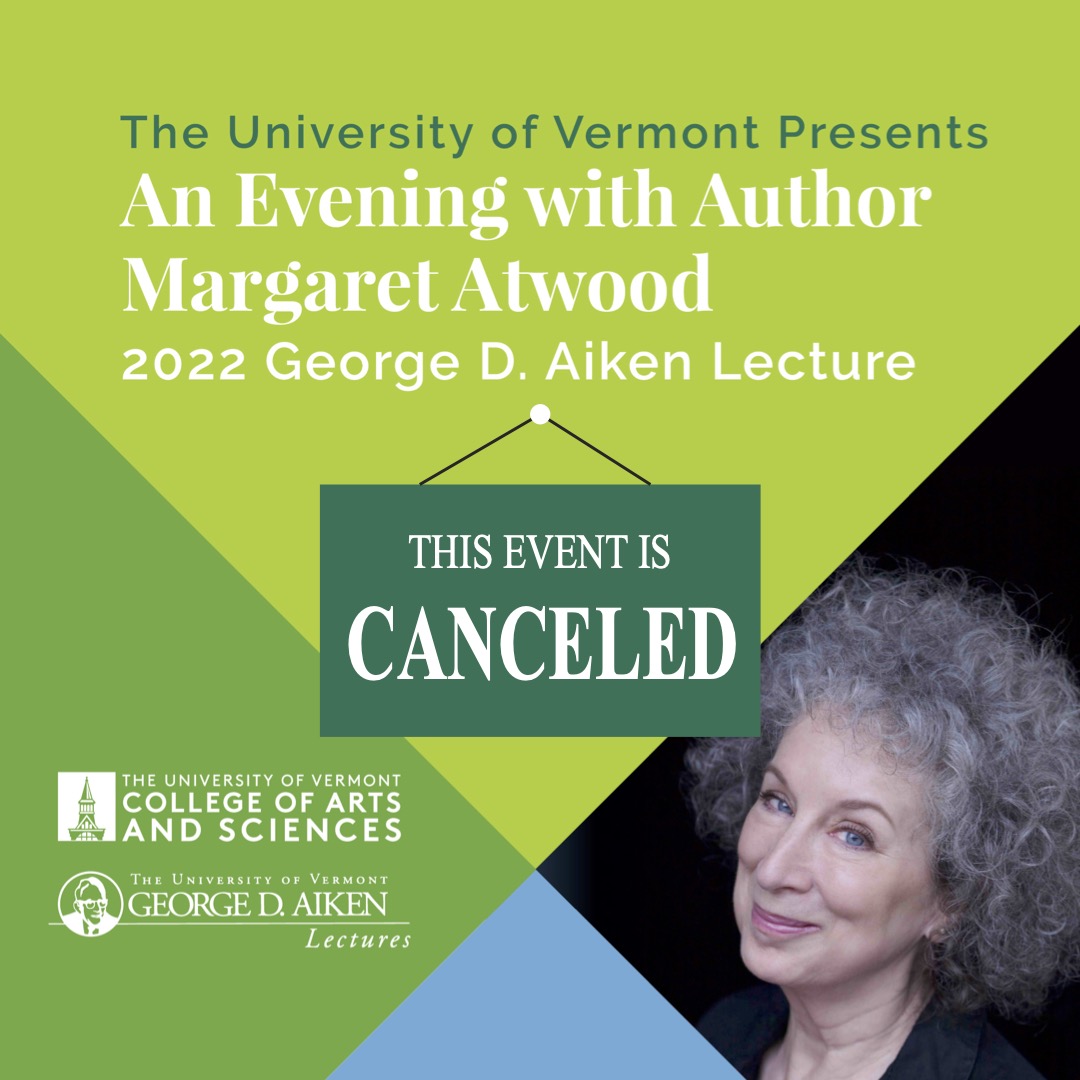