After a Devastating Loss, Making a Career Choice to Help Others 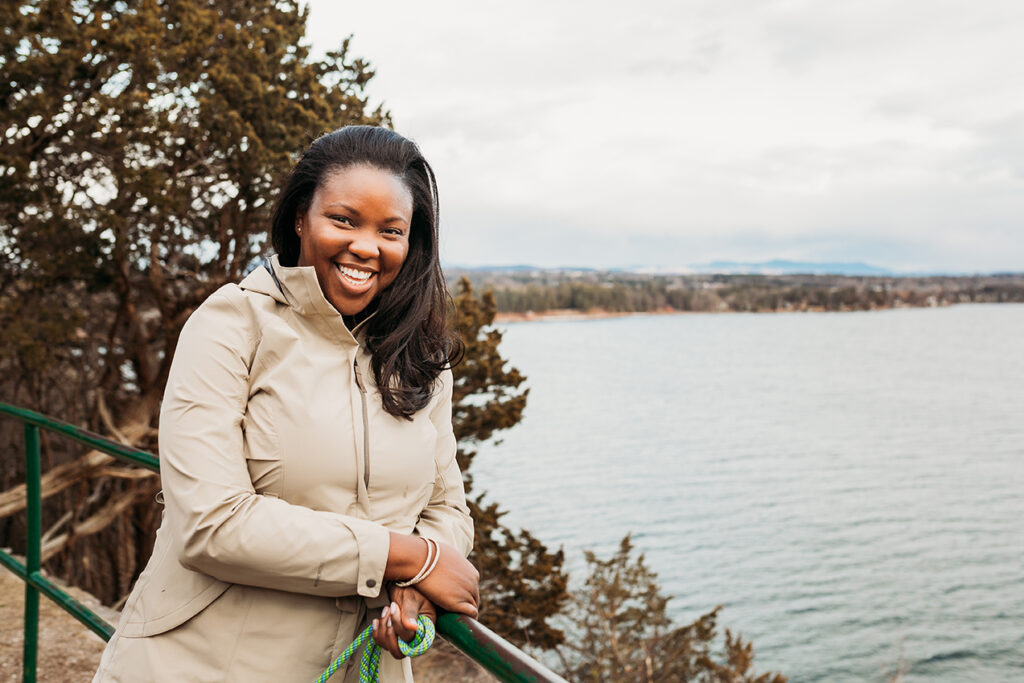 Caring for her dying mother changed Betsy Assoumou’s life in every way.

The MBA graduate had been working as a public accountant for a big four accounting firm when her mother entered hospice and died in 2016.  The experience left Betsy grappling with grief and the realization that she wanted to live a different life.

“I fundamentally wasn’t the same person,” she says. “My mother and I walked a path together and with her no longer physically by my side, I didn’t want to continue down that same path.  I wanted to be useful.”

Betsy eventually enrolled in UVM’s Master of Medical Science Program to return to her earlier career plan of working in medicine.

Betsy studied chemistry at Williams College as an undergraduate with plans to become a physician. By her junior year, she instead became interested in business and pursued an MBA at Northeastern.  After earning her business degree, she joined a large accounting firm and became an integral part of the company’s corporate accounting team that took a private software-as-a-service company public on the Nasdaq stock exchange.  For Betsy, it was a thrill to witness the company’s first trades and see pictures of herself and her colleagues in Times Square as part of the celebration.

“At the same time, I was caring for my mother who had a number of health issues over the years.  When my mother’s battle with metastatic breast cancer eventually put her on hospice in early 2016, I asked for a reduced work schedule so I could be present during the last weeks of her life,” she says. “This was a transformative experience.  I cared for my mother as she quickly lost the ability to care for herself as her body succumbed to the havoc of cancer. “

When her mother died, Betsy knew she no longer wanted to work for investors who relied on the financial statements that she helped to prepare as an accountant. She returned to her original career goal of caring for people.

“I wanted to help real people who I could see, touch, comfort, and empathize with,” she says.  “This desire motivated me to pick up where I left off to pursue becoming a physician before I took a detour into business.”

Betsy hadn’t taken a science course in nearly seven years.  So, she enrolled in UVM’s Master of Medical Science Program to prove that she could handle the rigors of medical school.  The most impactful part of the 12-month program was the gross anatomy class.

“First, for me personally it represented such a dramatic shift in my life.  On a Friday I was packing up my accounting desk and on the very next Monday I was placing scalpels blades on scalpels in order to perform my first cadaver dissection,” she says. “I learned a tremendous amount about the body and how it’s various structures and organism integrate to facilitate life.  Being able to hold a heart and see first-hand how the chambers interconnect is an experience I’ll never forget. Besides the hands-on learning, I gained tremendous respect for the cadavers and their gift to medical education.”

For now, Betsy is leaving her career plans open to all possibilities.

“I don’t want to get too focused on any one plan at the risk of ignoring what I really enjoy doing. My experience with my mom showed me that I wanted to dedicate the rest of my life to helping people through medically trying times,” she says.  “Whether that be in hospice or geriatric care at the end of life or pediatrics at the beginning of life, I’m open to learning more to see where I fit and could be the most useful.”