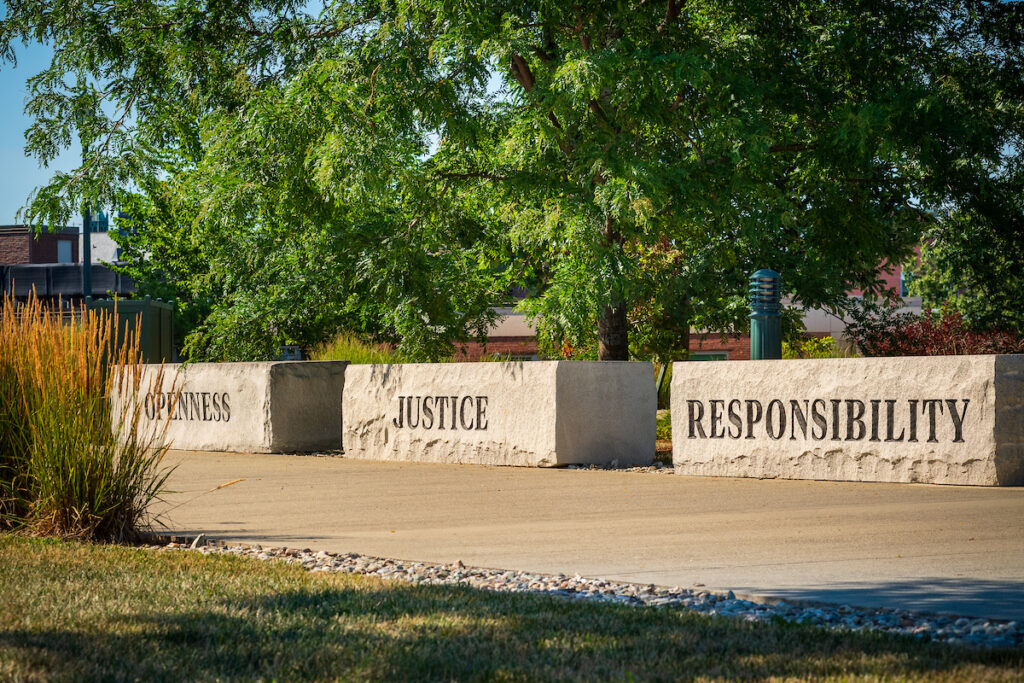 On September 7, 2017, Department of Education (DoE) Secretary Betsy DeVos announced the notice of new Title IX regulations, promising to restore balance to a system she believed was unjustly skewed in favor of complainants. Just over one year later, on November 16, 2018, the proposed regulations from the DoE were posted and met with intense criticism, receiving nearly 124,000 public comments—comments that the DoE had the obligation to respond to under the Administrative Procedure Act. Adjustments to the proposed regulations were made, and on May 19th, the final regulations were officially posted in the Federal Register.

The resulting changes to Title IX have drawn praise from some, but also much anguish, concern, and controversy. Presidential candidate Joe Biden vowed a “quick end” to DeVos’s sexual misconduct rule, stating that it “gives colleges a green light to ignore sexual violence and strip survivors of their rights” and lawsuits have already been filed against the new rule—including one from the State of New York in the U.S. District Court for the Southern District of New York and another in the U.S. District Court for the District of Columbia by the attorneys general in 18 states and the District of Columbia.

And now, in the midst of a global pandemic that has schools nationwide scrambling to make plans for the fall semester, the sweeping changes to Title IX need to be implemented by August 14th.

Celebrating its 30th year, the University of Vermont boasts one of the nation’s premiere events in higher education law with its Legal Issues in Higher Education Conference, and, in light of the highly anticipated changes to Title IX, has been pleased to present a series of free, informational webinars on the new regulations.

Moderated by Jeffrey J. Nolan, J.D., an education and labor attorney based in Holland & Knight’s Boston office who works with clients throughout the United States regarding situations that implicate Title IX, the Clery Act, the ADA, FERPA, campus threat assessment, and other laws and practices applicable in the higher education context, and Tom Mercurio, J.D., Student Conduct Appeals Officer for the University of Vermont, the series of five webinars were designed to help institutions understand and implement the new regulations in order to be in compliance.

Speaking to the politicization of the issues and the idea that Title IX represents a “women vs. men” issue just because the majority of the complainants are cisgender heterosexual women and the majority of respondents are cisgender heterosexual men, Nolan expressed that “we’re not really focused on that in the day-to-day work that we do […] That is not the reality of the world of sexual assault that is occurring in our society and what we are concerned with focusing on is conduct—not taking positions for or against one gender identity or another.”

Although the new regulations themselves are approximately 25 pages, the preamble to regulations, which sought to answer the public comments, comprise more than 2,000 pages and include commentary on these noteworthy changes:

The narrowed definition of “sexual harassment”

Under the new regulations, sexual harassment is now defined as “any unwelcome conduct that a reasonable person would find so severe, pervasive, and objectively offensive that it denies a person equal educational access.” Reports of sexual assault, dating violence, domestic violence, and stalking do not need to meet the description of “severe, pervasive, and objectively offensive.”

Colleges and universities will now be required to allow cross-examination of the complaining and responding parties, as well as any witnesses, during a live hearing led by institution officials. However, the cross-examinations will be conducted by advisors for the parties, but not the complainant or respondent themselves.

Institutions can now choose whether to use “clear and convincing” or “preponderance of the evidence” standard as a burden of proof and must use the same standard for all complaints.

Sexual harassment outside of the United States

Any sexual harassment or assault that takes place in an American education program abroad is no longer under the purview of Title IX, although the new regulations state that institutions “remain free” to apply misconduct policies abroad.

Instead of one person tasked with investigating, adjudicating, and determining sanctions against respondents, the new regulations now require three separate officials to work through the Title IX complaint process: a Title IX coordinator, an investigator, and a decision maker.

Institutions are only obligated to respond to reports of sexual harassment that occurred off-campus in locations in use by an officially recognized student or institution organization, such as sorority/fraternity/athletic housing.

The responsibility of Title IX coordinators to file a complaint

If a Title IX coordinator receives multiple informal complaints against a single respondent, they will not be required to begin a formal complaint process.

Institutions must train all personnel involved in the Title IX process and publish training materials on their websites. Training must include a review of how to “serve impartially,” and how to avoid “prejudgment of the facts at issues, conflicts of interest, and bias.”

Doing away with “gag orders”

Parties will not be prohibited from speaking about the allegations and institutions must provide evidence related to the allegations to parties at least 10 days prior to requiring a response.

Colleges are no longer required to follow a specific time frame for responding to reports of sexual misconduct but are required to have “reasonably prompt” periods for carrying out each step of the Title IX process. Live hearings, which may be conducted virtually and remotely, will be recorded and maintained in college records for at least seven years.

The new regulations permit schools to facilitate resolution through informal processes, with the exception of allegations against an employee by a student.

The new, mandatory supportive measures that must be offered are designed to restore or preserve access to the school’s education program or activity without unreasonably burdening the other party, protect the safety of all parties and the school’s educational environment, and deter sexual harassment.

“Given the breadth of what we have to do, this is going to be challenging,” Nolan said. “And there will continue to be controversy and lawsuits filed against them seeking injunctive relief to prevent them from being enforced by the Department […]. All of those things will play themselves out in the judicial and political realms, but in the meantime, on campus, we need to focus on the August 14th implementation date.”