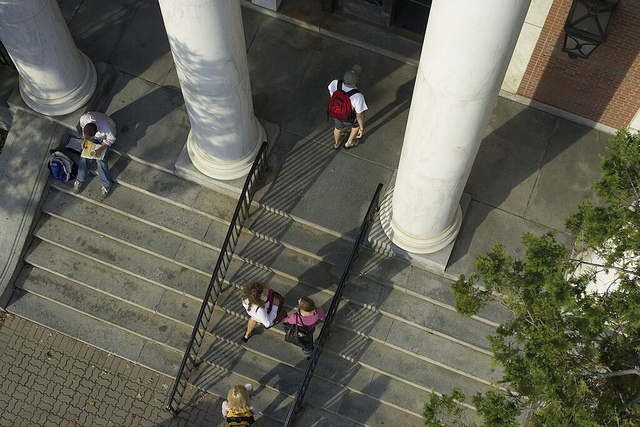 When Jeff Goulette was growing up in Shelburne, like most kids he never dreamed of becoming an actuary. In fact, he didn’t even know what an actuary was until he was 25.

In a serendipitous turn of events, the word “actuary” started popping up in his life – and at the right time, when he needed a change. After graduating from the University of Vermont with a political science degree in 2006 and working a couple of low-level jobs, “I decided I would like a more permanent job,” he says.

One day, his mother mentioned that his uncle, a doctor, was working with an actuary. Around the same time, Jeff read John Hodgman’s satirical depiction of actuaries at lunch in an Omaha steakhouse, “all pleased and prosperous-seeming, all eating the prime rib special.”

Tired of working for low pay, Jeff Googled “actuary” and not only learned more about the profession – which uses statistics and theory to analyze the financial impact of risk in areas like insurance and pensions – but also discovered that national publications consistently rank the career as one of the best.

“In the USA Today top job list, it was in the top three,” he says. “I thought, ‘Maybe I should look into this.’ I was getting sick of lower-level jobs and job hunts. It was good to find something that actually had prospects. The actuarial profession was one of the few areas that were expanding, and everything else was contracting. It’s a funny niche career that people don’t think about.”

According to the U.S. Bureau of Labor Statistics, actuarial jobs are expected to increase 27 percent over the next few years. CNNMoney reports that the profession has practically zero-percent unemployment. Other benefits: It’s a low-stress, highly paid (averaging more than $87,000) career, requiring only an undergraduate degree. And although actuaries must take a series of professional exams, they can be hired full time after passing the first two or three. After that, companies normally pay for their remaining training and exams.

Jeff realized he needed to take a few more college courses and study for actuarial exams. He discovered UVM Continuing and Distance Education’s Actuarial Science Sequence. Over two semesters, he took four courses – two of which covered material on the first two actuarial exams. He passed the two exams, then interviewed at two major companies. He landed a job with one of the world’s top actuarial firms – Aon Hewitt – in its Waltham, Mass., office, where he values pensions and makes projections for large, global corporations.

He quickly discovered why a career as an actuary is so appealing.

“It’s great. It’s not too stressful. I’m working with a lot of good, smart, hard-working people. I get good benefits and good pay, and it’s often casual dress,” he says. “Right now, I’m the low man on the totem pole, mostly number-crunching. But you can move up to project manager and client lead and handle a lot more responsibility. They place a lot of stock in talent retention and development. You can get all sorts of training. I’ve been encouraged to move up. Even when I first interviewed, I was told there is a lot of potential for growth.” 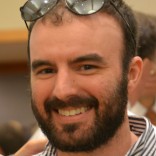