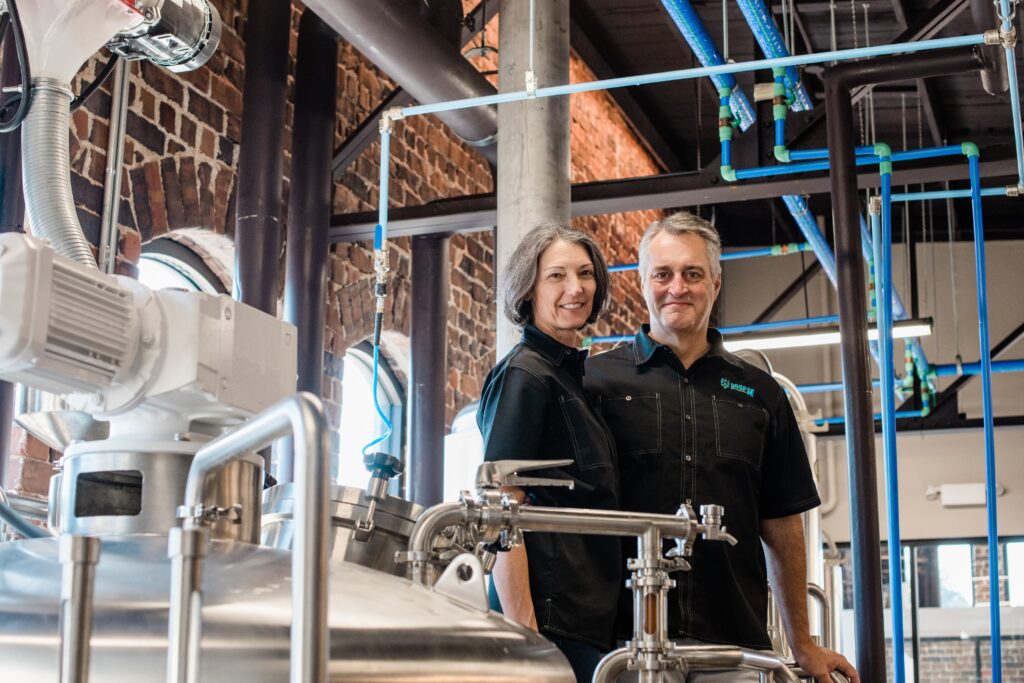 Lex Luthor knew the one thing that could bring down the almighty superman: kryptonite. If you ask Drop the H Brewing Company founder, Mark McClain—who we equated to superman in an earlier post—what has been his kryptonite as he has built his brewery from the rubble; he’ll tell you it was finances.

“I’ve had a few chunks of kryptonite lobbed at me over the last few months in the form of unexpected costs,” said McClain. “You hear that most places that have had problems are undercapitalized.” However, that wasn’t the case with McClain and his wife Cathy, as they were able to fund the project themselves and felt pretty confident in their budget and the resources to support it. But when unexpected costs developed as a result of gutting and rebuilding a more than century old building, McClain wished he had taken some advice provided to him in UVM’s Business of Craft Beer program: secure funding even if you think you may not need it. 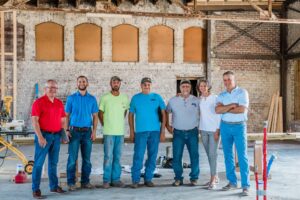 Drop the H Brewery team creates the brewery in a century old building.

When McClain set his sights on opening his brew pub in Pittsburg, Kansas, he chose the old Musgrove Garage building in which to create his dream. “The building has had many uses over the years, originally it was a Durant Star car dealership–back when cars had wooden spoke wheels. It had great bones but was really showing its age and neglect.” He hired a team to design the building, gut it and rebuild it. He planned a realistic budget and expected for issues to come up. But when cost overruns related to construction started to add up, he says he was edging nearer to a deficit. “The scale of the issues especially with an old building took me by surprise,” said McClain. McClain says when he realized things were getting tighter and tighter financially and they still had more construction to go, it was clear that they would exceed their estimates and come up short on money. “It was too tight for comfort, so we decided to get some financing.”

McClain turned to a Small Business Administration (SBA) loan specialist for help. They tweaked his business plan for external consumption and shopped it out to various lenders. McClain choose to work with a small niche lender because he says they were focused on speed. And with the opening date for his brew pub looming and construction still in progress, speed is what he needed.

“Once you are in progress with the project, securing the financing becomes an administrative cumbrance on the company. It’s tough.” McClain says one big piece of advice he’d like to impart on other prospective brewery owners is to secure a commercial loan, a small business loan right off the bat. “Even if you think you can finance it all yourself or through partners, I would recommend getting funding. It’s a great insurance policy against unforeseen costs.” 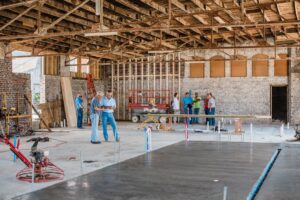 Construction of Drop the H Brewery in Pittsburg, Kansas.

Knowing Your Own Limitations

As a commercial airline and former Air Force pilot, McClain feels confident in his ability to change course easily or make tough decision when needed. Amidst the brewery construction project, McClain kept his full-time job because he was pretty sure he could keep up with the demands of both. But he quickly realized that wasn’t the best choice and regretted not building a strong support team from the beginning. “I created my own business plan and thought, I don’t need an accountant to help me. But as time went on and I was away due to my role as a commercial pilot, it became pretty clear that there were unplanned draws on my time and I should have had a back-up plan lined up and a support team in place. I realized that I can’t do it all.” 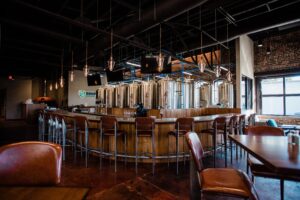 Preparing the finishing touches before opening.

But what McClain could do was keep focused on his goal which allowed him to persevere through each of the bumps in the road. “I could visualize in my mind’s eye when I was looking at that old dilapidated building, what it could be. I could see it in my mind.” Throughout this process he has learned to pick and choose his battles because like many things, finances are not limitless.  Having secured financing and with a robust support team now in place, McClain has launched his new brewery and done so in such a way that he’ll be able to share the wealth with not only his employees but his community as well.