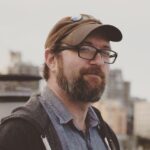 Tom Perry is the 2015 recipient of the Daphne Zepos Teaching Award, which allowed him to travel to Europe to learn about the microbial cultures used in cheesemaking. He presented his findings at the 2016 American Cheese Society conference in Des Moines, IA. Cheese has dominated his life since 2006, starting at the world famous Formaggio Kitchen in Cambridge, MA. Moving on to Providence, RI in 2009, he acquired the bulk of his understanding and appreciation of cheese as their Senior Cheesemonger, Domestic Cheese Buyer, and Lead Educator. After several years there, he got the itch to learn how to make cheese. An opportunity opened up at a small producer in Connecticut, Cato Corner Farm, where he learned about the highs and lows of operating a raw milk farmstead dairy. In 2014, he moved to Chicago, where he became Head of Cheese and Specialty Foods at a small grocery store chain in the Gold Coast neighborhood, building and expanding their artisan cheese selection. He has had the role the National Cheese Sales Manager for Shelburne Farms in Shelburne, VT since 2017. 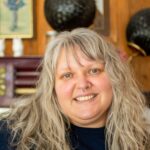 Janee’ Muha has spent the better part of two decades being deeply immersed in all things dairy. From many years behind a cheese counter, to a podcast talking to the movers and shakers in the cheese business, this Certified Cheese Professional has connections in every part of the business. She is on the Judging and Competition Committee for the American Cheese Society where she volunteers to help put on one of the best annual dairy competitions in the United States. Her love of cheese has taken her across the country visiting producers and to even further destinations like Italy, France, Switzerland, and Holland. Cheese is a passion she continues to follow to great lengths.”

Live Chat Us
Give us a call