Lessons Learned While Traveling Through Europe 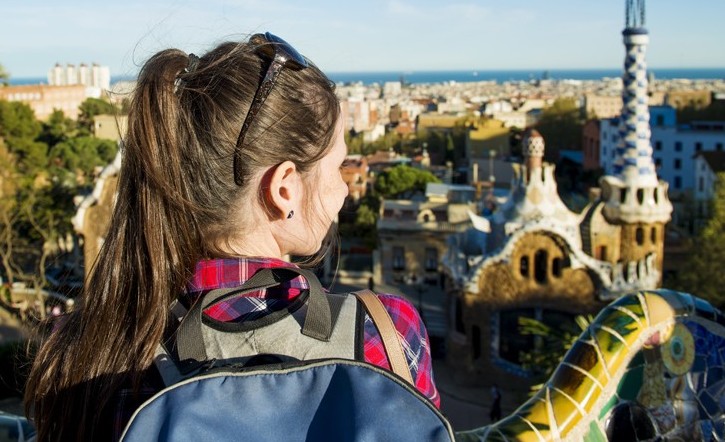 It didn’t take long after my semester abroad to make me want to travel again. To say I have the travel bug would be the understatement of the century, however it took me 2.5 years to cross the ocean again. In those 2.5 years, I went to Canada a few times, traveled domestically, and made it to Puerto Rico, but none of this was what I was looking for – the culture of Europe. Which is how I ended up on a three-week, six-country trip with my cousin.

Having studied abroad twice, and traveled numerous times, I figured a three-week vacation would be a piece of cake. For the most part, it was. We got to see the Tower of London, a chocolate factory that would make Willie Wonka proud, and the most gorgeous natural waterfalls I’ve ever seen in my life. We traveled by plane, train, bus, and ferry. We walked miles, and learned that it is OK to be dressed like a tourist when you are walking an average of 15 miles a day. We stayed in apartments, houses, hostels, and hotels, in a city, the country side, and on the ocean. It made for the best July of my life, but it also taught me that there are lessons to be learned.

How to Backpack Through Europe: 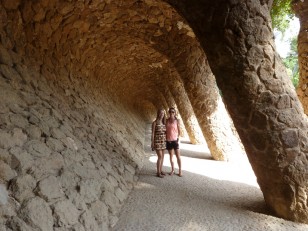 The best decision we made for our trip was deciding that we would each have a carry-on size backpacking backpack, and nothing else.

This meant that we would never need to check our luggage, we could use the cheap European airlines, and when we were walking to where we were sleeping we could carry it – which became especially useful during our hour walk through Venice to our hotel.

So what does one pack when there is limited space? First of all, get zip block bags, they will be your best friend for packing.

2 pairs of nice shorts (jeans, cotton, anything you are OK with wearing multiple times)

1 pair of athletic shorts (we were going to be hiking a bunch, but also for the days at the beach)

1 pair of jeans (for the cooler countries/days/nights)

1 dress (make it semi fancy for going out, and please make sure you and your travel partners don’t pack the same color dress!)

4-5 loose fitting shirts (I cannot emphasize the loose fitting part, I ended up wearing 3 of my shirts more then I wanted to because I didn’t want clothing touching me when I would be walking for 10 hours straight)

1 pair of sandals (these can be your going out shoes)

1 pair of hiking/walking shoes (I brought Keens, because that’s what I wear hiking in the summer, and they worked great!)

Toiletries – Make sure all your liquids fit in a 20cmx20cm (8inx8in) bag, as that is the smallest requirement I found (and then you won’t have to throw out half of your items at the gate), By the way, disposable razors are allowed on airlines.

Notepad and pen – You’re going to want to write down the contact info of all the cool people you meet.

Kindle/e-reader – I think I read more books on transportation that month then in the past year.

iTouch/iPhone/Other Smartphone – Make sure one person is able to connect to the internet during this time. You can use your device for boarding passes, to reserve your tickets for the Sagrada de Familia, and to download CityMaps2Go (seriously get that app, 5 maps for free and you don’t need WiFi for GPS). And you have music. Music is important, just don’t forget your headphones.

Camera – We had a camera and my iPhone. The iPhone was so we could share photos with friends and families during the trip, and to take some sick panorama shots.

Two in one pillow and blanket – I got mine at Walmart.

Print out your tickets and check in early – Be aware of all costs (I’m looking at you Ryanair). Make sure you $54 dollar flight doesn’t cost you an extra $120 because you forgot to check in early.

Get a backpacking backpack – If I can make it for three weeks, you can, too. Walking around a city for an hour looking for your hostel is a lot easier when you’re carrying your luggage rather then wheeling it.

Metro card deals – Research what deals there are for public transportation. Barcelona, for instance, has a 10.30 Euro metro card for 10 rides, a single ride costs 1.25 Euros. Not only are you saving money, but you are also saving yourself the hassle of having to get a ticket at every stop.

Don’t take the metro everywhere – The best way to explore a new city is to walk. Use the metro to get to those far off places, but walk when possible.

Planes, trains and automobiles – Research the best ways to get from point A to point B. Part of the reason I was able to see so many places during my trip was because we took advantage of cheap airlines. While this was great for long distances, the local bus ride through Croatia was the best way to see the country, and was ridiculously inexpensive.

How to be a Tourist

Make a list – Make a list of the top places you want to visit, the kind of places you would be frustrated that you missed seeing five years down the road. If you are traveling with someone, make sure you both do this so no one has regrets.

Talk to locals – You will never know what hidden gems you might find.

Follow your instincts – Take advice from locals but also keep in mind of what you want. My cousin and I almost missed out on going to Park Guell (Barcelona) and Fortress of Klis (Split, Croatia – film location of Game of Thrones) because the locals didn’t think they were exciting, but we did.

Erinanna Smith graduated from UVM in 2013. She now works for the UVM Office of International Education.