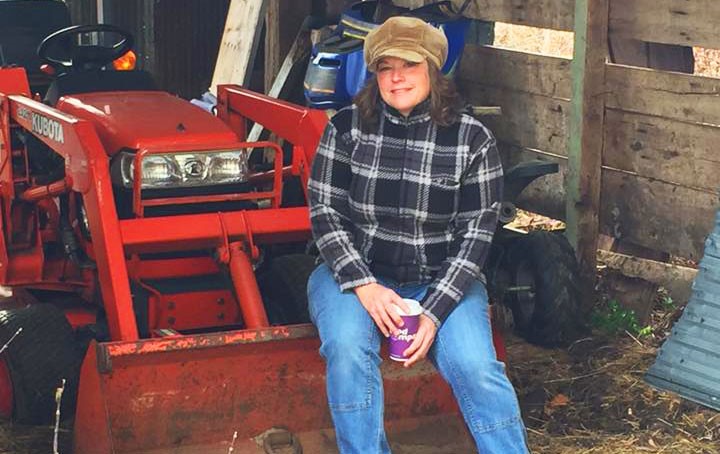 A few years ago, Burlington’s Lara Dickson was living high on the hog in graphic and web design, feeding off 20 years of freelance and independent contract work.

Today, the 46-year-old is literally living with the piglets as the one-woman wonder behind Next Chapter Farm, a 15-acre enterprise in West Berlin, Vermont, that she began to help erase irresponsible consumption—and, in its place, frame a healthier food system. Greener acres would be the place to be; farm livin’, the life for Dickson.

“The economies of scale make buying something organic or humanely raised at the co-op or Costco affordable for regular Joes like me, but it traveled many miles to land in my basket or on my plate at a restaurant,” says Dickson. “If I can try to help narrow that gap in some small way by being part of those options, that might be enough, or all I could possibly do. I’d feel good about that.”

While working in the design world, Dickson found herself daydreaming about owning her own farm. “There wasn’t really an ‘aha moment,’” she says, “but I found myself so interested in a variety of aspects during the past five years that I went looking for a space to actually do something, and it presented itself.”

Read more about Lara and Next Chapter Farm on the UVM Food Feed blog.