How a Nursing Shortage Can Be Avoided as RNs Reach Retirement 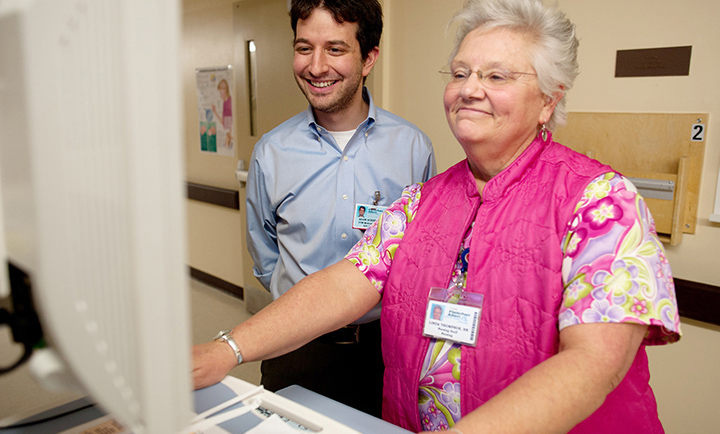 Although the recession quickly put an end to the nursing shortage of the past decade, hospitals and universities are bracing for what many are calling a “retirement tsunami.”

Nursing faculties at the University of Vermont and other institutions are facing numerous retirements over the next five to 10 years. Not far behind will be working nurses.

Nursing Shortage: ‘There are More Nurses Over 60 than Under 30’

“Over a third of our faculty is over 60. And the average age of working nurses is 49. We are thinking that there are probably 5,000 nurses who are working in Vermont now, and half of these nurses are over 50 years old. There are more nurses over 60 than under 30. In next 10 years, there is going to be quite a change in the demographics of the nursing workforce,” said Mary Val Palumbo, DNP, APRN, GNP-BC, associate professor of nursing at the University of Vermont and director of the UVM-based AHEC Office of Nursing Workforce, Research Planning and Development (ONW). “The nursing shortage vanished during the recession years. Now, we’re just seeing some signs that the older nurses are thinking about retirement.”

Peter McMenamin, PhD, studies these trends as a health care economist for the American Nursing Association. “I think why the job prospects are good is there’s a big chunk of nurses who got their initial degree in the ’70s,” he explained in an ANA publication. “They represent 40 percent or more of employed nurses, and they can’t defer retirement forever. What’s going to happen as the recovery kicks in is those retirements will happen. For hospitals, we can be in a nursing shortage in no time flat.”

Nationally, jobs for registered nurses are expected to grow 19 percent over the next decade, faster than average than all occupations, according to the U.S. Bureau of Labor Statistics. Sixty-one percent of all RNs currently work in hospital settings; the rest work in physicians’ offices, home healthcare services, nursing care facilities, correctional facilities, schools, clinics or the military. Nurses with a bachelor’s degree in nursing (BSN) will have more job prospects, the BLS notes. The Institute of Medicine’s Future of Nursing Report recommends increasing the number of nurses holding a BSN degree or higher to 80 percent by 2020.

At the same time that many nurses and faculty members are retiring, they and other baby boomers will add to the growing and aging health care population. By 2030, 20 percent of the U.S. population will be over 65, according to the U.S. Census Bureau. Baby boomers – those born between 1946 and 1964 – began turning 65 in 2011. By 2050, the number of Americans aged 65 and older is supposed to double from the 2012 level, to 83.7 million.

Health care reform also could drive an increase in the number of nurses needed over the next decade, many believe. As uninsured Americans gain access to health care through the Affordable Care Act, “they’ll be looking for exactly the kind of services that APRNs (advanced practice registered nurses) and RNs provide,” McMenamin explained. “So we need more nurses than we’ve got. When more individuals qualify for Medicaid and insurance exchange subsidies, it will get harder to get a timely appointment to see a physician.” 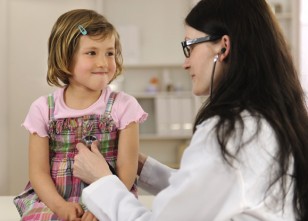 Over the next decade, the demographics of the nursing workforce will likely change.

But Palumbo wonders if changes in health care and health care reform could have the opposite effect on employment. “There will be more emphasis on prevention and keeping people out of hospital, so there could be less need for nurses,” she said.

In Vermont, at least, Palumbo and other nursing professionals are waiting to see what happens. Because they had to scramble the last time the state experienced a nursing shortage – in 2001 – they are better prepared if it should hit again, she says. The last shortage prompted a state blue-ribbon commission to form the Office of Nursing Workforce, Research Planning and Development to track nursing employment and act quickly to recruit nursing students and nurses.

“The cycle of nursing shortage, and then surplus, tends to mirror what is happening in the nation’s economy. This is something we can track back a number of years,” Palumbo said. “When we go into an economic downturn, people flood into nursing because it’s a good return on your investment in education.”

Learning from the Nursing Shortage of 2001

Toward the end of the 20th century, UVM and other nursing schools faced a dearth of students because, in the post-feminist era, women were spurning traditionally female professions like nursing and teaching.

“Our first task in 2001 was to fill up the nursing schools,” Palumbo said. ONW also looked for “ways to have older nurses stay on the job as long as possible, transitioning them to tasks that weren’t as difficult for older nurses, so we could get younger nurses in the pipeline.”

With the economy sputtering after 2005, Vermont saw many 30-somethings leave their jobs in other professions for the steadiness of nursing, she explained. In addition, part-time nurses switched to full time as their spouses lost work.

To ensure Vermont doesn’t face yet another nursing shortage and that the state’s nurses play a more significant role in health care reform, ONW has help from a two-year Robert Wood Johnson/AARP grant, part of the Future of Nursing State Implementation Program.

“The foundation is committed to helping states build a more highly educated, diverse nursing workforce so that everyone in America can live a healthier life, supported by a system in which nurses are essential partners in providing care and promoting health,” Susan B. Hassmiller, PhD, RN, FAAN, RWJF, senior adviser for nursing and director of the Future of Nursing: Campaign for Action, said in announcing the grant in December 2013.

Through the grant in Vermont, ONW is working to:

Increase the number of registered nurses with four-year BSN degrees. “The complexity of our health care system requires a nurse with a broad educational background,” Palumbo said. “There is a lot of good research out there that shows hospitals that have more baccalaureate- prepared nurses have better patient outcomes.” ONW is developing a statewide plan to encourage nurses to continue their educations and employers to offer incentives for nurses to return to school.

Develop more opportunities for nurses to become leaders in health care reform. Most recently, 25 Vermont nurse leadership fellows were named to a mentorship program that will groom them to seek positions on boards or committees. The goal is for “the nursing voice to be more involved in health care reform,” Palumbo said. “Nurses are the largest group of employees in the health care system; they are at all levels of the system and have that unique perspective of being the patient advocate as well as understanding the system.”

Increase diversity in the nursing workforce as diverse populations grow in Vermont: ONW has funded an English language learner (ELL) tutor for new Americans enrolled in a licensed nurse assistance (LNA) course. “We are working with the new American population to get them interested in health care careers and, hopefully, nursing,” Palumbo said.