Changing Careers: The Path from Public Relations to Nurse Practitioner 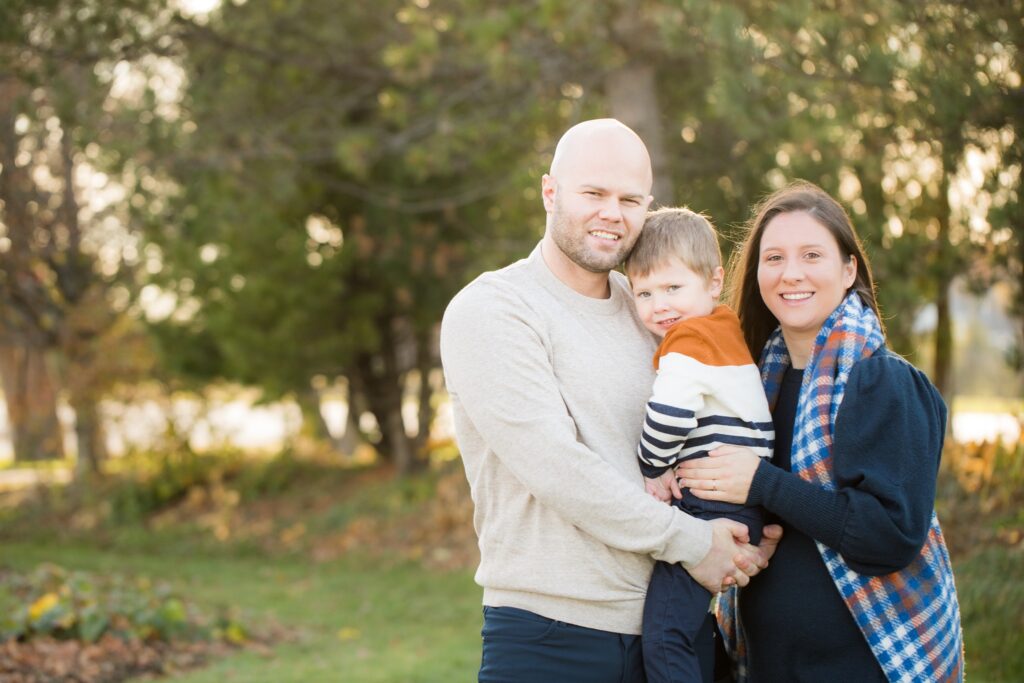 As a kid, Shane Phipps dreamed about working in medicine. Schoolwork didn’t come easy, though, especially math and science. He accepted that it would never work out.

Originally from Seattle, Phipps joined the Air Force and worked in Public Affairs in California for years, where he earned a bachelor’s degree in Communications and met his wife. As they prepared for their first child, one moment changed everything.

“We ended up having a son who was born two months premature. My wife had undiagnosed HELLP syndrome, a form of preeclampsia, which can be life-threatening for both mother and baby,” Phipps recalled. “That was the first pivotal moment where I started to think about medicine again.”

HELLP syndrome is a pregnancy complication that affects the blood and liver. Phipps says his wife and son survived because a quick-thinking nurse practitioner jumped into action during an ER visit for chest pain and transported them to another hospital for an emergency delivery.

This life-altering moment inspired his wife to leave the Air Force and begin nursing school in New Hampshire, where she grew up. After Phipps completed his active duty in California, he joined her in New England and started his path toward medical school.

The Courage to Change Careers

Though Phipps knew he wanted a change, he struggled with finding the confidence he needed to believe he could succeed in medical school. He dabbled in several Air Force jobs before applying to medical programs.

“I built more confidence when I was working on my bachelor’s degree, but there’s always something you can tell yourself to demean yourself,” Phipps reflected. “I would tell myself that my bachelor’s degree was mostly online and that I avoided math and science, which were the more difficult classes. But, at that point, I was confident enough to do something I set my mind out to do. Part of that comes with age. When you have life experience, it’s a lot easier to learn those harder subjects.”

Phipps started taking condensed summer chemistry classes, which boosted his confidence for the coursework he knew was ahead.

“Being that insecure person academically to being someone who got an A in a summer version of a college chemistry class. It’s hard to find a way to demean that,” Phipps said.

He enrolled in UVM’s Post-Baccalaureate Premedical Program, a 12 to 24- month customized program to help students prepare for acceptance into medical school and other health professional programs.

“It was perfect because I’m not starting from square one completely. I at least have a bachelor’s degree.”

Going Back to School

Phipps initially thought he wanted to become a physician’s assistant but decided on nurse practitioner after finding a job as a medical assistant at a rural clinic and receiving advice from a practicing physician.

He chose UVM’s post-bacc program because of the specialized education track for nurse practitioners. In addition, tracks are available for students who want to become doctors, dentists, veterinarians, occupational therapists, physician assistants, pharmacists, or physical therapists.

“The most impressive aspect of the post bacc program was the other students. You have this melting pot from different backgrounds and different experiences, but they all care about the bigger picture. They all want to get into medicine because they all want to make the world a better place in some way,” Phipps said.

When Phipps started the post bacc program, he also transferred from the Air Force Reserves to the Vermont Air Guard and is continuing his training to become a lieutenant.

With his post-bacc work complete, Phipps was recently accepted into the UVM College of Nursing and Health Sciences (CNHS) Family Nurse Practitioner program through UVM’s linkage agreement. It begins in August 2022, and he’ll complete the program in four years.

“If it’s something that even a part of you wants to do or has dreamed of doing, now is as good of a time as any to do it,” Phipps said. “The benefit of being older is your perception of time is different, where when I was young, I was more afraid of a year-long commitment. Now, I’m like four years will go by in a blink of an eye. You’re more capable because you have the context of living life.”

Applications are now being accepted for UVM’s Post-Baccalaureate Premedical Program.