UVM Is: Jarlath O’Neil-Dunne Problem Solving with an Eye from the Sky 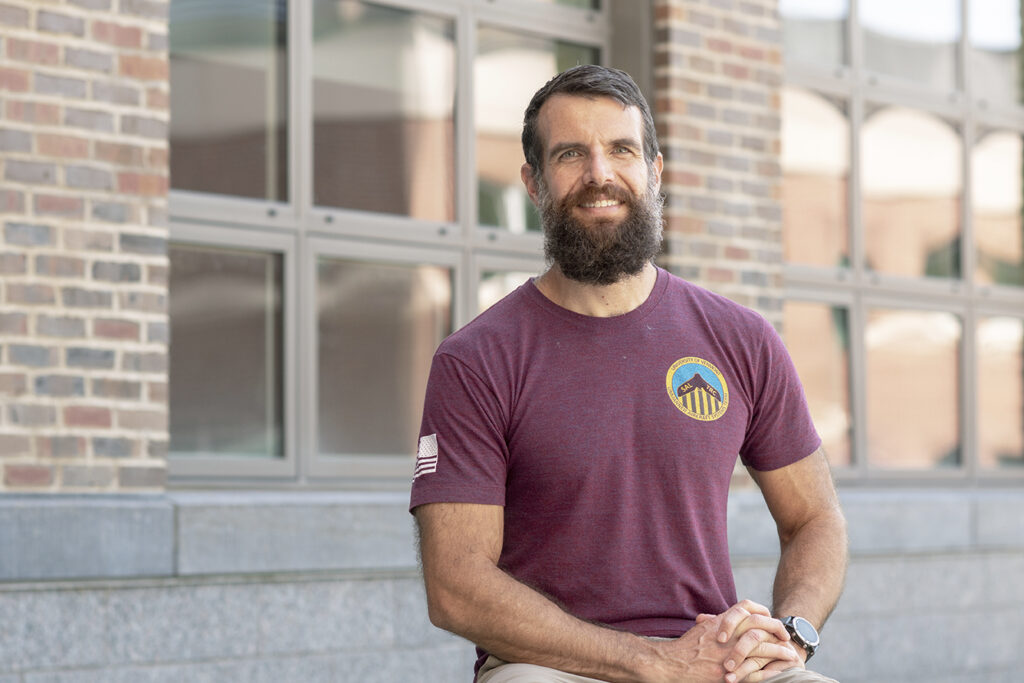 As director of the University of Vermont’s Spatial Analysis Laboratory (SAL), O’Neil-Dunne and his team are involved with everything from conducting urban tree canopy assessments in major cities, to monitoring erosion along local rivers, to collecting aerial imagery to help small towns develop better infrastructure.

“We’re a land grant university, and we have an obligation to share our knowledge with the community,” says O’Neil-Dunne, who came to UVM as a graduate student in 2000 and was named director of the Spatial Analysis Laboratory at the Rubenstein School of Environment and Natural Resources in 2012. “I like our role because we don’t tell people what to do, but we tell them what they have. You could say we are the people who do the accounting from the sky.”

The SAL can turn large geospatial datasets into high-value information for analysis, planning, and management.  Some of the SAL’s projects, such as bridge assessments, wildlife habitat mapping, and land cover change detection, involve drone technology.

“Drones are good for things that are dirty, dangerous, or difficult,” he says. “Just to inspect a few miles of stream, it would be very tricky to do without a drone. You would need landowner permission and it would take a ground crew several days to do the job.”

As extreme weather events have increased in frequency, communities have also sought out the SAL to collect aerial images or data. When there are catastrophic events like Tropical Storm Irene, FEMA will get involved and help a town problem solve and rebuild. But when there are smaller events, such as a flash flood that washes out a bridge or an ice jam that floods a street, communities still need to address the issue. That’s when they turn to the SAL.

Extreme weather events over the years in Plainfield, for example, caused tree and brush debris to wash down Great Brook, resulting in tens of thousands of dollars of damage to one of the town’s major bridges. Plainfield partnered with the SAL, the regional planning commission, and Milone & Macbroom, a consulting firm, to find an efficient solution to come up with a robust bridge design plan.

At UVM, O’Neil-Dunne also holds a joint position with the USDA Forest Service Research and Development, where for over a decade his work has centered on urban tree canopy assessments in cities like San Diego, New York, and Seattle. Urban tree canopy refers to the layer of tree leaves, branches, and stems that provide tree coverage of the ground when viewed from above.

Using traditional, aerial high-resolution imagery instead of drones—which have limited battery power and thus shorter flying time capacity—along with LiDAR data, tree mapping is a way for cities to become more sustainable and livable, he says.

“We’ve had this shift where our cities have become sanitary—meaning there’s no waste running down the streets—to wanting to be sustainable. But how do cities become sustainable?” he says. “Communities are becoming more interested in green space to be sustainable and livable. And cities need to attract people and companies because cities need a tax base.”

“Cities are going to be warmer, but you can’t put air conditioning or fans outside to cool them down,” he says. “But you can put in trees. With trees, there’s shade, parks, and people are spending more time outside.”

In 2010, O’Neil-Dunne worked on the Million Trees NYC initiative, and New York City exceeded its goal of planting a million trees. The SAL is currently revisiting the project to map the changes that have occurred in NYC’s tree canopy since 2010.

“Tree come down easy but they go up hard,” he says, “and it takes decades to establish a robust urban tree canopy.”

Working for the Greater Good

At UVM, O’Neil-Dunne works with about 18 students in the SAL per semester.  The students working in the SAL are drawn from across campus from diverse majors such as environmental science, forestry, civil engineering, economics, linguistics, and geology.

“Working in the lab involves elements of design, critical thinking, and qualitative methods that are very important. I really love how students from across campus come together to work in our lab and their knowledge gets fused together,” O’Neil-Dunne says, “When you’re mapping things, one person doesn’t have all the answers.”

For O’Neil-Dunne, the changing nature of the spatial analytics field and the opportunity to work with students make his work most rewarding.

“We get to latch on to new technologies to help make our communities better and the world better. The students keep me on my toes, too. They work really hard and adapt really well to new technology,” he says.  “Ultimately, what they’re doing together is all about communication. With this work, we need to always ask ourselves, ‘What are people’s needs, and how can we help?’”