UVM Is: Gary Derr Going the Distance for the Campus Community 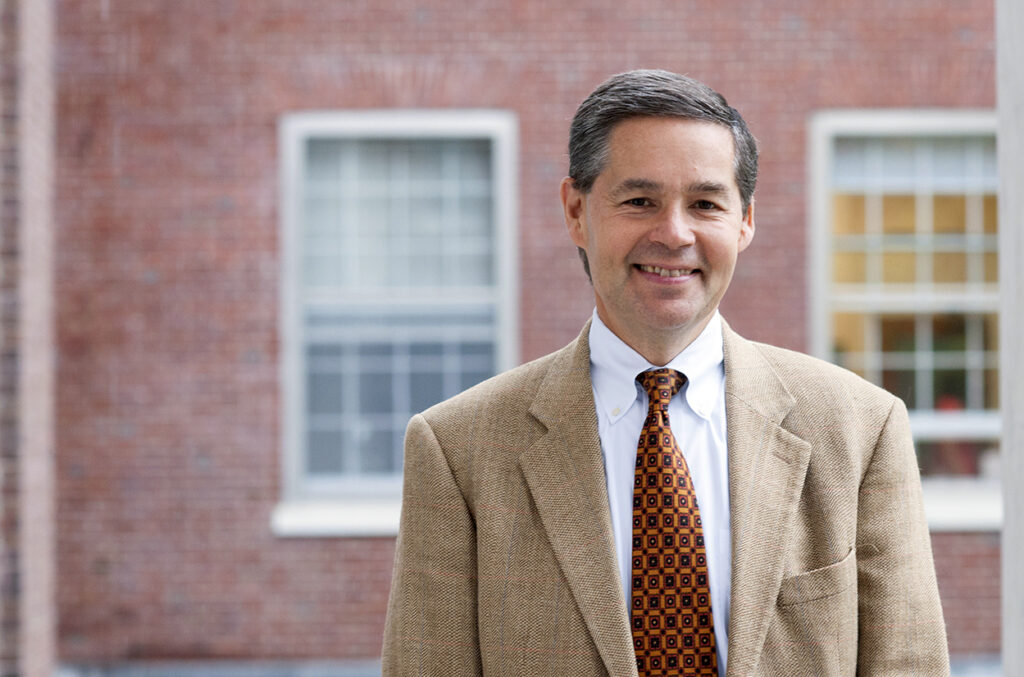 Gary Derr is a popular guy on campus. If you’re a student, staff, or faculty member, chances are you’ve received an email from Derr about campus services, commencement, or announcements from the UVM Executive Office.

Derr, UVM’s vice president for executive operations, not only sends out dozens upon dozens of emails to the campus community each year, he also organizes various lecture series, coordinates Board of Trustees meetings, oversees commencement—which draws a crowd of 10,000 students, faculty, parents, and families—and manages about 120 events a year for President Tom Sullivan.

Students have taken notice of Derr over the years. Back in 2013, students organized “Email Gary Derr Day,” when he received and responded to more than 200 messages. The year before, the UVM Student Government Association interviewed him on video in a fun YouTube clip titled, “Who is Gary Derr?”

Derr has clearly made a connection with students since he arrived in the UVM Executive Office in 2000.

“I’ve been in higher education for close to 40 years, and I love the work I do for the students,” he says. “The students we are working with today might be the ones that develop something phenomenal in the future. I keep in touch with many students on Facebook and by email long after they graduate, and they are doing remarkable things. It’s rewarding to know what we’re doing is for the here and now, as well as something that will make a difference 20 or 30 years down the road.”

Changes for the Better

Since arriving at UVM 17 years ago, Derr has seen the campus community evolve in a positive direction.

For one, the campus has grown with new dorms and buildings. University Heights Student Residential Learning Complex opened in 2006, followed by the Davis Center in 2007. More recently, the Central Campus Residence Hall opened this fall, as did the first phases of the new STEM complex.

“Billings Hall used to be the student center at UVM. Now you can sit in the Davis Center in the morning with a cup of coffee and watch the building come alive,” he says. “Physically, the Davis Center is an addition, but it’s also symbolic. It’s a center where there are events, meetings, the campus bookstore, dining halls—and it’s really a hub for the campus community.”

UVM’s student population has also grown from about 7,400 students in 2000 to just over 10,000 undergraduates today, which Derr says was a purposeful decision so the University could reach critical mass and compete more effectively with other schools.

Still, even with a growing student population, the University has kept a low student-teacher ratio compared to other land grant universities. The student-faculty ratio at UVM is 17:1, and the school has 47.5 percent of its classes with fewer than 20 students.

“We’ve built around the historic UVM Green, so the campus feels more accessible than ever with more activity,” Derr says. “I think the spirit on campus has also improved over the years, too. People are excited, and there is a good feeling across the state and the region about UVM.”

Derr lives in the small town of Danby in southern Vermont with his wife, and spends his free time gardening, hiking, and cooking. To make the commute up Route 22A more manageable, he stays overnight a few nights a week on his sailboat on Lake Champlain or in a cabin he rents in Panton during the winter.

After spending the weekends in Danby, he is typically back in his office at 7 a.m. on Monday morning.

For someone who has been commuting hundreds of miles per week for 17 years, Derr says there is so much to love about his work at UVM.

“My job changes all the time. I’ve worked for five different presidents over those years, and I’ve enjoyed what I’ve learned from each and every one of them,” he says. “The time and commitment it takes to be president of a university is tremendous, and their dedication is unmatched.”

“Commencement gives meaning to what we’re doing here at UVM, and it’s important to keep that in mind,” he says. “You also get to work throughout the year with a population of 18 to 23 year olds, who are fun, energetic, and help keep you young.”