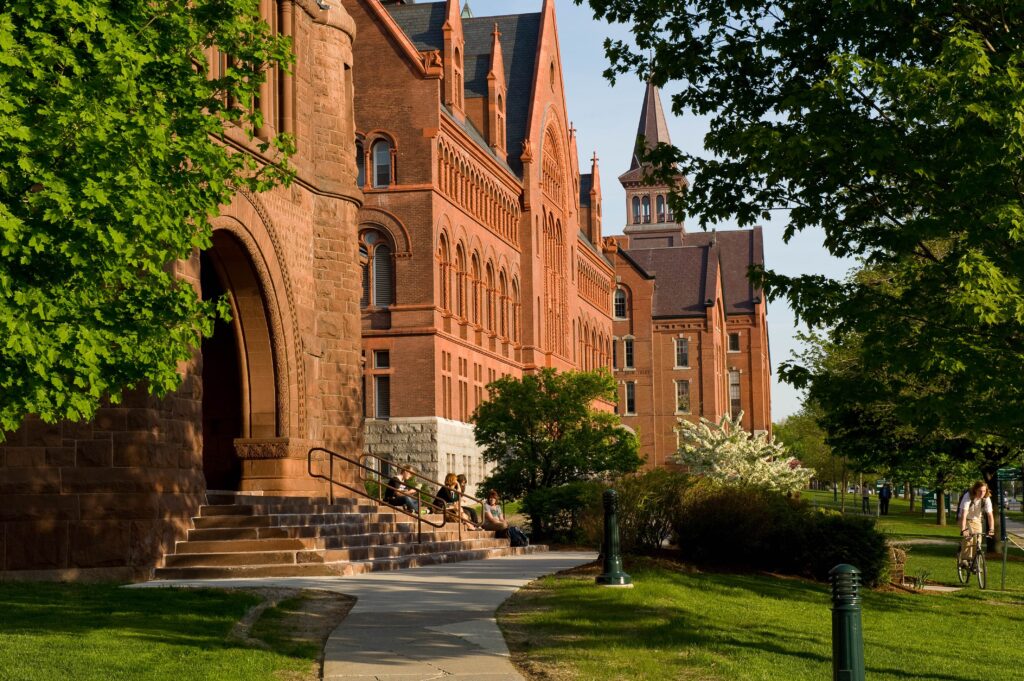 UVM’s 29th Annual Legal Issues in Higher Education Conference focuses on the diverse legal issues impacting all aspects of higher education and tackles a variety of issues including Restorative Justice and Title IX.

On April 4, 2011, the education department’s Office of Civil Rights sent a document that would come to be known as the “Dear Colleague” letter to colleges and universities.

The letter stated: “If a school knows or reasonably should know about student-on-student harassment that creates a hostile environment, Title IX requires the school to take immediate action to eliminate the harassment, prevent its recurrence, and address its effects” and reiterated guidance previously given by OCR in its 2001 guidelines.

Megan Farrell, Title IX Coordinator and Civil Rights Officer for the Palo Alto Unified School District (PAUSD) and featured speaker at this year’s Legal Issues in Higher Education Conference, noted that this document marked a turning point in the way that sexual harassment and assault was dealt with on campuses nationwide.

“Before 2011, if there was a serious sexual conduct matter, a lot of times colleges and universities and K-12 schools would say, that’s a criminal matter, we’re not going to look into it. And that really left the parties navigating their interactions at schools without any support.”

With the 2011 guidance (which was rescinded in 2017), many commentators noted that the focus was brought to protecting the safety of the complainants, and if sexual misconduct on campuses was left unaddressed by the schools, harassment and trauma could continue for the impacted party such that their educational pursuits could be limited or eliminated.

Under the new guidelines proposed by Secretary of Education Betsy DeVos, commentators agree that the rights of the accused parties are coming into the spotlight, creating no small amount of controversy. For example, if one of the parties involved in some Title IX investigation wants to challenge evidence, they can demand a hearing that would include cross-examination of parties in a setting similar to that of a courtroom—with the two people sitting in each other’s presence and telling their side of the story to a hearing officer or hearing panel appointed by the college or university—a proposal criticized by many for its potential to further traumatize the complainant.

“If we think about the pendulum, I think the proposed regulations in their current form have gone too far.  It’s making this process solegal and so criminal which is the opposite of what the goal was of the new regulations,” Farrell said. “It’s also adding a huge administrative burden for colleges and universities. The idea that these new regulations are streamlining the process is incorrect.”

Farrell continued, “The statistics say that the percentage of false accusations are around 5-7%. I’ve seen false accusations, I’ve seen people misunderstand the policies and misunderstand what constitutes sexual assault. But most schools have operated with the process that respected due process. To the extent that these new regulations protect the rights of the both parties and permit both students to pursue their education, they can assist institutions with the process.  However, to the extent that courtroom-like cross-examination by advisor-attorneys is permitted, schools run the risk that the process could re-traumatize a victim of sexual harassment or sexual. Furthermore, the administrative burden of these panels will require significant devotion of time and resources for institutions.”

The idea that alleged victims are looking for their “pound of flesh” and out to ruin the lives of the accused in Title IX proceedings is not one that Farrell finds a compelling argument for changing the guidelines.

“In my experiences, it’s been rare to see the impacted party want some real punitive measures,” Farrell said. “A lot of times there’s significant hesitation about bringing forward a complaint at all because they don’t want to see the other student kicked out of school or punished beyond a minimal talking to or being told that this behavior is not acceptable. If I go through an investigation, find a policy violation, and put in place a punishment, the interactions between the parties often cease, and the respondent never really apologizes and never really takes responsibility for that piece of their behavior and sometimes that leaves both parties, in my mind, feeling very unsatisfied at the end of the Title IX investigation process. Despite doing a large number of investigations, there’s only been a few people who have come away satisfied with the process.”

“Restorative justice recognizes that harm that happens between two people often extends into the community and there needs to be some peace or reckoning in the community,” Farrell said. “A harm has occurred. The responding party has to admit that they inflicted some kind of harm, even if it wasn’t intentional—even if was in one of those very gray consent areas. There would have to be some level of responsibility for that situation. And then the complainant and the respondent kind of work together towards what it is exactly that would make the complainant feel whole having been harmed by the respondent and then, further, what does the community need after something like that?”

In an interview with Truthout, David Karp, a Skidmore University Sociology Professor and founder of PRISM: Promoting Restorative Initiatives for Sexual Misconduct, said: “Most survivors want more than anything else some real acknowledgement of the harm this cause them. And some assurance that this person understands this well enough that they won’t do it again to anybody else. And what they get, through a formal hearing process, is denial or even a retrenchment into a belief that they’re not responsible, that they’ve done nothing wrong.”

In a number of cases, Farrell has dealt with students whose disabilities make it difficult for them to understand social cues, and they have engaged in inappropriate behavior that made others uncomfortable. In the traditional Title IX investigation, conclusion, and imposition of punishment, these students may never be given the opportunity to learn from their mistakes and to fully reintegrate into their community.

Using the restorative justice approach, Farrell stated that often meetings between parties, educational programs, and other non-punitive responses are much more appropriate and lead to greater results. In instances such as this, “We were hoping that the whole community gets educated and walked away without a lot of anger and frustration, but a better understanding and a plan going forward,” Farrell said. “It’s this idea that there’s more than two people involved that are harmed by the situation and we need to take them into account as well.”

In her experience, Farrell said that many of the accused bad actors are eager to make amends (which can include anything from the perpetrator doing community service to counseling to voluntarily leaving school), and many of the impacted parties find relief with the holistic approach to addressing the wrongdoing.

Farrell notes that restorative justice is not appropriate for every Title IX case, but one that can be effective and healing when both parties are informed of their options and comfortable with the approach. And she thinks that now, more than ever, schools are better-equipped to take on restorative justice as an alternative to the formal investigation process.

“When advocating for restorative justice, in the past, that would’ve been seen as institutions skirting its responsibility and shutting it down,” Farrell said. “But, as institutions look for more informal options to resolve matters, restorative justice provides a balanced, parties-based resolution process that may be a healthy alternative to hearing officers and panels.”