Alumni Advice: Bill Bright on the Art of Networking and Selling Yourself

Posted by Erica Houskeeper on November 18, 2015

Bill Bright’s passion for education, politics, and youth development runs in the family. His mother, Louvenia Dorsey Bright, was the first female African American to serve in the Vermont legislature. His father, William Bright, was a professor and served as interim dean of the UVM College of Education and Social Services.

The UVM alumnus, who graduated with a degree in political science in 1991, is the government relations director for the Boys and Girls Club in Washington, DC. After working for Sen. Patrick Leahy right out college and later as a lobbyist for 12 years, the South Burlington native decided to shake up his career in 2012 and move things in a new direction.

Changing his career three years ago was far from easy. We talked to Bright about the challenges he faced in finding a new job and what he learned along the way.

You studied political science at UVM and went on to work as a legislative aide and lobbyist. Did you know as an undergraduate that you wanted to do legislative and policy work?

It wasn’t necessarily a plan. My parents were active politically, but I got my first taste of politics while attending Boys State in high school, and then I interned for Senator Leahy while in college. I wasn’t sure what I was going to do, but Washington, DC, was a place I wanted to explore, and working in politics was a way to do that. I actually considered going to law school.

You then made a change in 2012 and became director of government relations for the Boys and Girls Club of America. Why did you decide to make this career transition after so many years as a lobbyist? 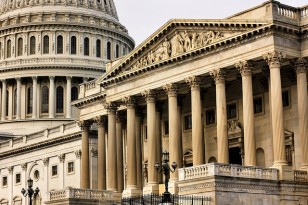 I never ended up going to law school, and without a law degree, I wasn’t seeing opportunities to move or grow up as a lobbyist at the law/lobbying firm I worked for, which was changing into a more true corporate law firm environment.

I liked what I did, and I was a good lobbyist. But I wasn’t happy with the types of clients I was working with anymore. At that point, I was sort of going through the motions, and my opportunities were dwindling. That made me step back and ask myself, What are you doing in Washington? What do you want? I had to re-evaluate what I was doing.

After working for a law/lobbying firm for a dozen years, did you feel a bit rusty when you decided to make a change?

It took me a while to re-acquaint myself with the process of the job search, from networking to interviewing. I had a career coach who helped me through some mental blocks, such as getting stuck on how to articulate concrete examples of professional successes. Once I was able to tease out key points and work through the narrative to sell myself, it became much easier.

How important was networking to finding your job at the Boys and Girls Club of America? 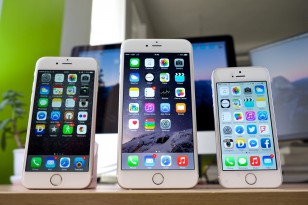 Bright would cold call new contacts before emailing them.

Networking was crucial. I was moving into youth development, and it was a new area for me. I had to look at my network of contacts differently and figure out who – and how – those people were connected. You really have to work your existing network to then build your network.

For example, each time I met someone from my network, I would ask for a name of someone else I didn’t know, and I would then contact those people – sometimes with an introduction, sometimes with a cold call.

If I got their voicemail, I would leave a message and follow up by email. But I would always call first because I needed a voice and to be a real person to them.

It was hard. For the most part, people were helpful and willing to chat. Still, not everyone wants to meet in person, and not everyone is going to respond or call back.

What advice would you give to someone looking to change careers or find a new job?

Get your resume and your narrative straight. Be ready to give specific examples of what you’ve referenced on your resume. Also, tailor your resume based on the job you’re seeking. I had five versions of the same resume.

When I was interviewing for my job at the Boys and Girls Club, I had to think about my experiences in a different way. I had to ask myself, How am I selling myself to this organization? On my resume, I would add four to five bullet points highlighting my successes that were directly relevant to the job description, and I developed narratives and examples to back them up.

How long did your job search take?

I was looking for seven months before I found the Boys and Girls Club job. My current boss was one of the first people I met with when I was building my network.

Could you share some mistakes you’ve made in your career and lessons you’ve learned along the way?

I don’t think there is necessarily a right path to a particular job or profession. My career path is not an obvious, straight thing. Sure, it looks linear and seems to all fit together. But when you look right below the surface, things are all over the place. The right career is the one that gets you to the job you’re looking for.