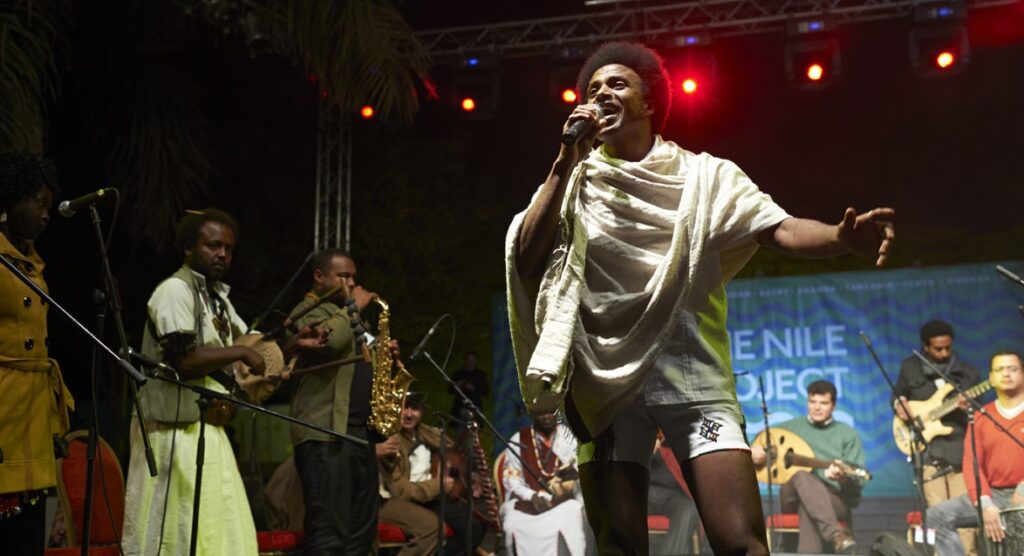 A ground-breaking, innovative, and exciting program called the Nile Project will come to Burlington for a concert at the Flynn Center, followed by three days of workshops, classroom visits, and community outreach centered on UVM’s campus. The event is co-presented by UVM’s own Lane Series and the Flynn Center for the Performing Arts.

What is The Nile Project?

What happens when you bring artists from the 11 Nile nations on stage together to explore the synergies, history, diverse instruments, languages, and cultures of their region? And what happens when those musicians join forces with ecologists, sustainability experts, global leaders, and university students from around the world to create change through music, education, dialogue, leadership, and innovation? 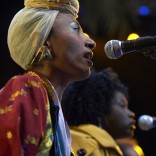 According to Egyptian/American Ethnomusicologist and program co-founder Minas Girgis, “For many projects, music is the end result. But for us, it is just the beginning. The integration of music with youth leadership and innovation, we hope, will create a driving force that will change the way Nile citizens relate to each other and their shared ecosystem.”

Originally conceived as a collaborative music project along the lines of Yo Yo Ma’s Silk Road Project (which explored the multiplicity of musical cultures along that major trading route), the Nile Project has become a major global education and development initiative. Girgis and his friend, Ethiopian-American singer Meklit Hadero, had the idea. “Why don’t we create a project that brings musicians from across the river together,” Hadero tells National Public Radio, recounting the moment. “Wouldn’t that be amazing?” They realized music could be a door-opener for a much larger project aimed at sustaining a finite resource and fostering a new regional identity.

The project quickly attracted funding, including a grant from the New England Foundation for the Arts, which grew into an extensive tour that includes UVM. Many tour locations are colleges and universities (Middlebury, Dartmouth, Williams, U Mass Amherst, Boston University) because a major focus of the project is empowering students to create change: university students around the world are encouraged to participate in the Nile Project through workshops, seminars, concerts, and even a Nile Prize and Fellowship to be awarded to students who craft innovative solutions to the challenges that define the Nile Basin.

Although Burlington is not a river community, issues of water sustainability and global citizenship have great resonance among UVM students in environmental studies, engineering, global studies, and more, who will be involved in the workshops and class visits. With its emphasis on sustainability and environmental stewardship, UVM is in a strong position to host this innovative, student-centered project.

The residency begins with a concert at the Flynn Center for the Performing Arts on Saturday, March 28th at 8 pm. Anyone with a UVM ID can attend for just $10, and these discounted tickets will be available at the Flynn box office on the night of the show. The Nile Project concerts are thrilling musical events celebrating the dynamic music of East Africa and showcasing many different yet interrelated musical cultures. 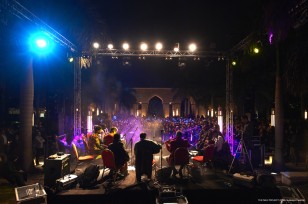 The New York Times called a recent concert at the world music festival GlobalFest “a committed, euphoric, international coalition” and went on to say, “The musicians had worked out the nuances of modes and rhythms to join one another’s songs, no longer separated by geography or politics. Some of the music showed roots in Arabic culture, some in East African polyrhythms; the words were in various languages, the voices gentle or declamatory or cutting.” The musicians will also participate in a weekend community drum circle at the Flynn (free and open to all; for info call 802-656-4455) and perform a student matinee for more than 1,400 area school children.

After these community events, Nile Project members will spend two days on UVM’s campus with students and faculty in a series of classroom visits. At the Rubenstein School of the Environment, they will take part in a panel discussion in a class on International Environmental Studies. 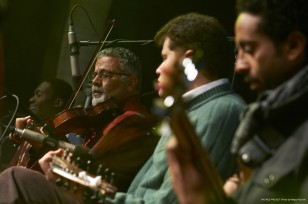 Musicians from the project will visit two classes in the Department of Religion to discuss how music transcends cultural and physical boundaries.

They will also participate in a mini-concert, followed by a community dinner with the UVM Global Village at Living and Learning, hosted by the Residential Community Africa House. In addition, they’ll work with students in Global Studies and Cultural Anthropology, and their tour manager will participate in a Music class in Arts Management to discuss the challenges and rewards of putting together such a massive tour.

“The Nile Project engages students by performing many of the complex connections that sustain the Nile River basin region. Abstract and seemingly distant course concepts, such as scale and trans-boundary river basin ecologies, come to life through the mixing of sounds and stories that previously existed in largely separated spaces,” says UVM Environmental Studies Professor Ingrid Nelson. “The Nile Project inspires students to consider how to listen and learn with individuals and communities across many boundaries to address urgent environmental and political issues.”

Read more about the Nile Project

Watch a video clip from Aswan, the Nile Project’s new album, named by NPR Music as one of the 5 Top International Recordings of the Fall.

For information on tickets, educational events, workshops, and the Nile Project at UVM, call the Lane Series at 802-656-4455.

Natalie Neuert is the director of the UVM Lane Series and a program developer for UVM Continuing and Distance Education.