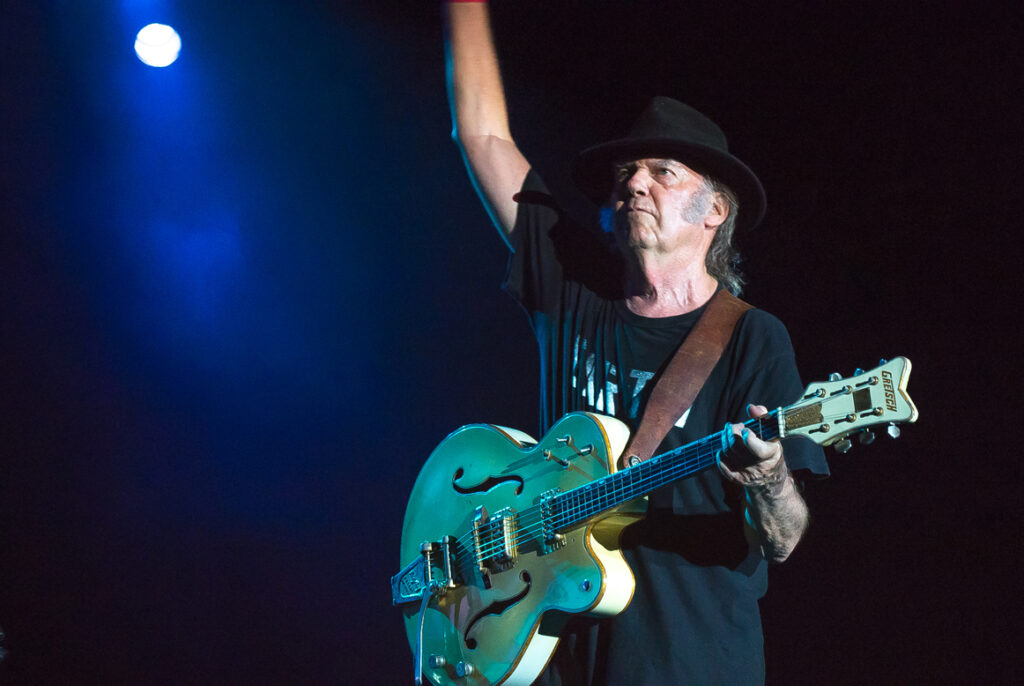 Rarely do you get wowed these days. We’re surrounded by a constant barrage of scintillating information that distracts us at every turn. That’s why, when I write this, I really mean it when I say that the Neil Young concert on July 19 in Essex Junction was utterly captivating. A person who would rather play than talk, he played non-stop for a little over two-and-a-half hours (and it was the Essex Junction curfew that stopped him) for the capacity crowd of 10,000 fans. At almost 70, his voice remains as it was: twangy, high, and ever so earnest. His worn-out guitar and harmonica, still his standbys, continue to accompany his intimate, honest songs.

Neil Young came to Vermont — to a much smaller venue than he’s used to — for the chance to sing his concerns about GMOs (genetically modified organisms). Like many Vermonters and millions of Americans, he believes we have a right to know what’s in our food. He worries that although GMOs are a biotechnological breakthrough, there is distrust that corporations and their lobbies have too much control over the production and distribution of our food supply before we, the public, know enough to make informed decisions.

When he finally spoke, Young raised his fist and shouted, “Strong Vermont, standing up while other states are lying down,” paying tribute to the fact that Vermont is, to date, the only state that has mandated labeling for GMOs. The crowd roared, and he then launched into a song from his new album, “The Monsanto Years,” called “A Rock Star Bucks a Coffee Shop.” One verse singles out Vermont for its David-and-Goliath stance on the issue:

Young donated $100,000 to Vermont’s legal fight against the GMO-labeling lawsuit and asked other wealthy people to do the same. This is none too soon, given that just yesterday, the US House of Representatives passed legislation that would prevent Vermont and any other state from requiring that package labels indicate the presence of GMOs.

The Right to Know What’s In Our Food

Vermont Representative Peter Welch, a Democrat, criticized the legislation for trying to take away states’ ability to require these labels. As he said, “What’s the problem with letting consumers know what they are buying?” He went on to say, “The issue here is not if GMOs are safe. The issue is whether consumers have the right to know what’s in the food they are feeding their families.”

There are many good scientists here at UVM, who often say that the public needs to know more about the science of GMOs. That 75 to 80 percent of US food contains genetically modified ingredients. That GMOs will be impossible to label because they’re in everything. On the other hand, two-thirds of the American public wants, at least, to know that they’re in there. And we should know. We know about other potentially dangerous ingredients in the foods we eat, and that doesn’t always stop people from buying them.

The GMO debate reminds me of the early years of Ben and Jerry’s, when Pillsbury tried to muscle them out of the Boston market. They countered with an effective campaign by postering downtown Boston with their slogan, “What’s the Doughboy afraid of?” They asked the questions, “Do you think the Doughboy is afraid of two guys working with 23 people in 4,000 square feet of rented space? Do you think the Doughboy is afraid he’s only going to make $185.3 million in profits this year, instead of $185.4 million?”

Vermont should take a similar tact, regardless of what we believe about GMOs and their safety. It’s infuriating that bottom-line-driven corporations will keep using their money and influence to try and break our will. We should ask questions and expect answers. We should be able to know what’s in our food. We should stay strong.

As Neil Young did in Essex Junction, we should stand up for Vermont.

This post was originally published on the UVM Food Feed blog. 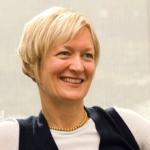 Cynthia Belliveau, EdD, is the Dean of UVM Continuing and Distance Education.