Getting a Second Chance at College through UVM GAP 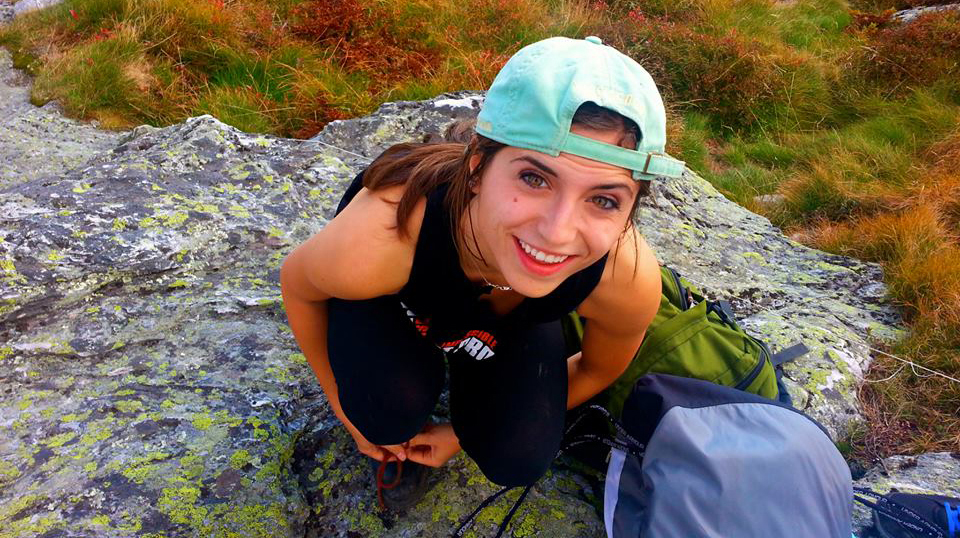 Getting into college was much harder than Deniz Sehovic ever anticipated.

The child of Bosnian refugees, Deniz always assumed she would get into college without much trouble. She liked her teachers and enjoyed high school, but struggled a bit with her grades early on and found it difficult to concentrate in class. Ultimately, she preferred hanging out with her friends over homework.

Later on in her high school career, she became more focused on improving her grades and getting more involved in extracurricular activities. But as far as college admissions were concerned, it was too little too late.

During her senior year at Burlington High School, Deniz – along with her twin sister, Zerrin — applied to UVM. While Zerrin was accepted, Deniz was waitlisted and later denied admission. She appealed the decision twice, but to no avail.

College, it seemed, was out of reach.

But Deniz was fiercely determined and refused to give up. Her perseverance and optimism – traits she learned from her parents – paid off.

“To get in to UVM was the biggest struggle of my life,” says Deniz, who graduated from UVM last month in the top 10 percent of her class.

Deniz, 22, was born in Turkey and lived in Germany before moving to Burlington when she was four years old. Before she was born, her parents fled war-torn Bosnia in the early 1990s. Eventually, the family settled in Burlington in a home built by Habitat for Humanity.

While in high school, Deniz says she didn’t think she had to work as hard as a freshman or sophomore, and figured colleges would only pay attention to her grades during her junior and senior years.

“I never worried that I wouldn’t be able to get into school, and I didn’t realize I had to prove myself so early on,” she says.

How to Get Into College with GAP

After being denied admission to UVM, Deniz learned about the UVM Guaranteed Admission Program from her high school counselor. Managed by UVM Continuing and Distance Education, the Guaranteed Admission Program provides students who were not admitted to UVM a second chance. Students can enroll in the full-time program and live on campus, receiving intensive academic advising and study skill support. Upon fulfilling their program requirements through GAP with UVM – maintaining a 3.0 grade-point average and abiding by student policies – students gain admittance to the university within a year.

“The GAP program was very inclusive, and other students had no idea I was part of the program,” she says. “I didn’t necessarily receive any extra academic help for being a GAP student, but I was given the same access as all other undergraduates to campus resources. It gave me an opportunity to go to UVM and experience my first year at college just like any other student.”

Deniz excelled during her time at UVM, where she earned a degree in Public Communications. She will move to New York in July to work in social media for Aloha, a health and wellness start up.

What made her time at UVM so successful? Volunteering and community building were a priority while earning her degree. She also worked as resident advisor, an orientation leader for new students, and career peer mentor. For the past year, she interned at Skillet Design, a marketing firm in Burlington.

Her hard work paid off. Last month, she was honored with the College of Agriculture and Life Sciences highest student accolade: the Lawrence K. Forcier Outstanding Senior Award.

“School is such a privilege. I have a deep sense of gratitude, and my family’s history (in Bosnia) makes me appreciate so much,” she says. “I’m grateful for everything I have and all the opportunities I’ve been given.”

What would Deniz tell someone who did not get admitted to UVM and is considering the GAP program?

“First, I would tell them to have a little mercy on themselves. We’re our own worst critic. Instead, change your outlook and become your own biggest cheerleader. You deserve the best in every way, and you need to have the confidence to pursue your dreams. A path will always open up for you. You can’t always see it, but life has a way of working out.”

Deniz says the groundwork for her success was built by regularly communicating with her professors and advisors, and creating a network of support.

“As a GAP student, the first thing you need to do is ask for help because people are surprisingly willing to lend a hand,” she says. “Take advantage of all the resources here. Pull out all stops, and put yourself out there. “
See Deniz interviewed at UVM Commencement on WCAX Channel 3.