Pursuing Medicine after a Life-Changing Accident 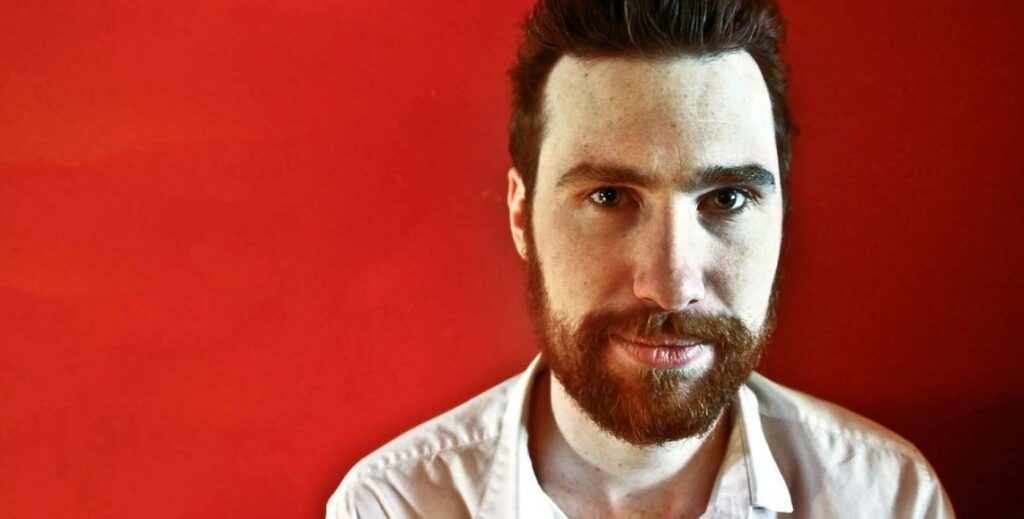 Before deciding to study medicine, Roman Pettigrew was a musician with a major label record deal.

He was a guitarist in Team Spirit, a New York City-based rock band signed with Warner Brothers and Vice Music. Pettigrew, who grew up in London, toured the country with his three bandmates. Life was good, for a while anyway. Eventually, there was conflict among the group. It wasn’t long before the band members grew disillusioned and decided to call it quits.

“It ended in tears, really. It’s the oldest story there is on why we broke up,” Pettigrew says. “We hadn’t quite made it to the next level. We never even made it to the tour bus stage. We were always in a van having to take turns driving through the night to the next city. That lifestyle is worth it if you really want it. But I didn’t anymore.”

Pettigrew wanted to do something else with his life, but he wasn’t entirely sure the path he wanted to take. It wasn’t until a severe accident and undergoing major surgery that he decided to pursue medicine at UVM.

In August 2013, one week after he bid farewell to his music career, Pettigrew was in a devastating biking accident in New York when another cyclist collided with him head-on. Remarkably, Pettigrew was able to get himself up and walk home. It was only when his parents prodded him to seek medical attention that Pettigrew went to the hospital 48 hours after the crash.

“I didn’t go to the hospital for two days, which was silly. When you have a brain injury, you’re not thinking straight,” he recalls. “I fractured my skull and my eye socket. I was very lucky to survive the accident and even be OK.”

For Pettigrew, an exchange he had with a doctor before surgery prompted him to change his life. “The turning point for why I wanted to be a doctor was having one of the physicians say to me: ‘You’re a moron for not coming in, but you’re a tough bastard,’” he says with a laugh. “She was right. When you’re a doctor, you’ve got to tailor what you’re saying to a patient. She said the right thing to the right person. That’s exactly what I needed to hear.”

The Pursuit of a Career in Medicine

It wasn’t just the tough love he received from the New York doctor that made him consider a career in medicine. While recovering from surgery in the ICU, a childhood friend Pettigrew hadn’t seen in 15 years showed up at his door. The friend was a Harvard Medical School graduate doing his residency at the New York hospital where Pettigrew was a patient.

“It was the craziest thing for him to walk into my hospital room,” he says. “It was one of those things when you’re really low, and a random thing can happen and make you really happy.”

The following January, Pettigrew enrolled in UVM’s Post-Baccalaureate Premedical Program so he could earn the prerequisites to attend medical school.

“I decided that I’d had enough grinding away in the music business, and would like to use my experience to help others,” he says. “I had also had enough of New York, and I had always heard lovely things about Burlington and Vermont.”

Born in South Korea, Pettigrew was interested in becoming a doctor when he was a teenager. But music was also his passion. Pettigrew, whose father is American, decided to go to college in the United States. After attending Duke University for one year, Pettigrew realized he wanted to major in music and transferred to the Berklee School of Music in Boston.

Upon graduation in 2008, he moved to Los Angeles and worked on scoring films and television shows (including the WB’s Smallville television series). However, the writers’ strike at that time proved it difficult to find consistent work. He moved back to New York in 2011 to join Team Spirit.

What the Future Holds

Pettigrew will complete the Post-Bac program at UVM in May, and start applying to medical schools for fall 2016. He is interested in emergency medicine and hopes to study at the UVM College of Medicine.

“My accident is something I feel very fortunate about because it gave me a fresh start,” he says, noting that the experience has made him more at peace with his own mortality.

Pettigrew says one of the highlights of his time at UVM so far was attending a lecture given by Page Hudson, M.D., assistant professor of surgery at the College of Medicine.

“Dr. Hudson gave the best lecture. He basically started off by telling us, ‘You are all going to die.’ His lecture was about being an ER doctor, and about death, medicine, and poetry. It was brilliant,” he says. “If anything, I’m a lot more relaxed about death now. After the accident, I still ride my bike. If I die riding my bike, there are worse ways to go. Being afraid of death is a waste of energy.”

Pettigrew is also able to easily connect with people and put them at ease, which is why he believes he’ll make a good physician someday.

“As someone who has been through an intense emergency, I’ve learned a few things,” he says. “The great thing about being a health care professional is that you’re in a position to change someone’s life every day.”