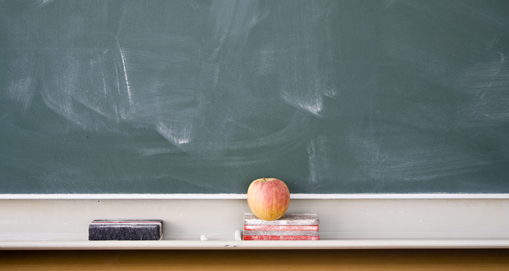 A recent U.S. study shows that eighth graders in three states, including Vermont, outperformed most students across the world in math and science.

The study was conducted by the National Center for Education Statistics, part of the U.S. Department of Education, and compared the 2011 test scores of eighth graders worldwide. American eighth graders take the National Assessment of Education Progress (NAEP). Outside the U.S., students take the Trends in International Mathematics and Science Study (TIMSS). In 2011, students in only nine states took the TIMSS. In order to compare the scores of states and countries, the study used the NAEP scores to predict how well the American students would do on the TIMSS.

“This is an important study because it is one of the first studies that links federal NAEP test data by state to the TIMSS results,” said Dr. Cynthia Gerstl-Pepin, associate dean of the University of Vermont’s College of Education and Social Services. “It shows that national policy arguments suggesting that the U.S. education system is failing are unfounded. Instead it shows that some individual state education systems are incredibly successful while others are struggling.”

Gerstl-Pepin was “not surprised at all” by Vermont’s high ranking.

“Vermont consistently has set high standards for teacher preparation, what students should learn and how they show what they learn (in terms of assessment/testing),” she said.

It makes sense to use NAEP and TIMSS tests for comparison because both require high-level thinking, Gerstl-Pepin said, similar to Vermont’s New England Common Assessment Program (NECAP) tests. Other states’ tests, however, are arguably much easier, she said.

“The fallacy of No Child Let Behind is that it allows states to have lower standards and to use state assessments/tests that cater to those low standards,” Gerstl-Pepin explained. “Vermont education leaders have consistently had high standards for teachers and students, and the NECAP tests used to assess students in Vermont consistently reflect those high standards.”

Going forward, comparisons among states should become even easier.

“The new Common Core Standards mean that state education systems are expected to use one of two national assessments: the Smarter Balanced Assessments or the Partnership of Readiness for College and Careers,” Gerstl-Pepin said. “Vermont has chosen the Smarter Balanced Assessments because the tests are more sophisticated. They do not just tell you whether a student is meeting standards but can also be used by educators to inform how they can help a student improve.”