Posted by Erica Houskeeper on September 4, 2017 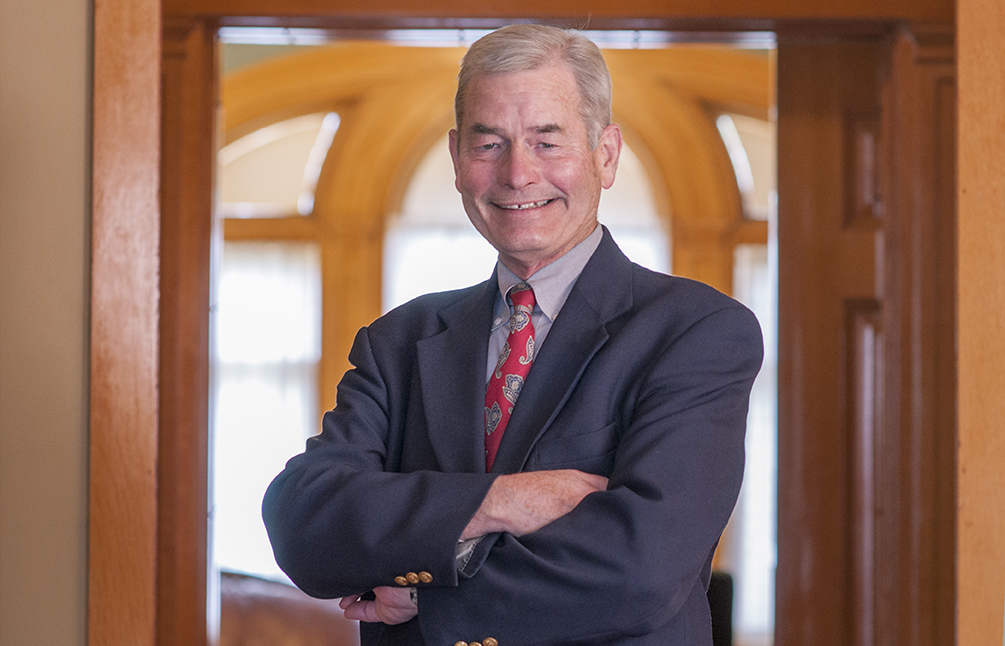 Now, six presidential administrations later, Dr. Burke, the John G. McCullough Professor of Political Science, remains a sought-after expert on presidential transitions. He has been interviewed on CNN, The Philadelphia Inquirer, Financial Times, The Hill, The Globe and Mail and New Republic, among others.

We spoke to Professor Burke, who previously served as associate dean of the College of Arts and Sciences, about the Trump administration, Gallup polls, and the challenge of sorting through political information in a digital world.

Now that President Trump has been in office for several months, what are your observations?

What strikes me about where we are—several months in—are lost opportunities. The Trump Administration was very well positioned to do a good transition because for the first time we had a federal government that supported the transition with resources before Election Day. I was kind of optimistic at the beginning, in terms of thinking about this transition. But they ended up being slower out of the gate.

What are some of your concerns about the Trump Administration?

One big concern is the communication strategy of the White House. An adept White House would roll out its policy initiatives and really focus on them. It would be selling those initiatives to Congress and have a real strategy around it. Trump has rolled out initiatives but then something else happens and the administration’s attention gets diverted.

Another major thing is that there seems to be a lot of disorganization in the White House. There’s a lot of tension, rivalries, and conflicts. Given the nature of the media today, that all gets played out instantaneously. When you think back to Bill Clinton’s presidency, there wasn’t much of an internet then. But these days, I can read 30 articles every morning from multiple outlets, and staying ahead of the news cycle is a big challenge for this administration.

I think the other thing to emphasize is that people tend to focus on the first 100 days of administration, but that’s a myth. The first nine, 10 or 12 months are crucial. An administration needs to make sure their major initiatives are moving through the process because by the second year, everyone starts focusing on mid-year elections.

The country seems more divided than ever. Is that an accurate statement, or is it just that there is more information out there on social media where the disagreements play out?

I think country is much more divided than it has been in the last few decades. I think this is the first time since Vietnam that things have been this divided. As time passes, we forget about lessons of the past, and there are people who didn’t live through the 60s, 70s, 80s and don’t understand what we lived through during the Cold War.

How are social media and digital media influencing in the country’s division?

The downside to today’s digital world is that we so much information, and it’s difficult to sort through it all. People tend to gravitate toward information they agree with. Back during the Carter, Reagan and Clinton years, we all pretty much got the same information from Time, Newsweek, the Washington Post, and New York Times. These days, people tend to get information from places that reinforce their beliefs.

What can students do to keep an open mind?

Understand that people have different opinions than you do and will hold those opinions with the same fervor as you do about your beliefs. In a democracy, there has to be a difference of opinion. I would also encourage students to have a sense of history. We’ve gone through different periods where we were a deeply divided country. There was the Civil War and Vietnam. In 1939-40, before the U.S. entered World War II, there was much disagreement on foreign policy, and that’s when you first starting seeing the phrase “America First.”

Are today’s students more tuned into American politics than when you first came to UVM in the 1980s?

Yes, students are much more globally aware now. Technology, the changing nature of the world, and the interdependence among nations have made for huge changes. The availability of information online has made a big difference.

What do you enjoy most about teaching at UVM?

I love answering questions in class. It gets me to think spontaneously, and learning what’s on a student’s mind is very inspiring. The other thing I like to do is give students a sense of history. I’m not a historian, but history is very important to any presidency. I try to remember that students no longer have a very detailed knowledge of American history, and these students were four and five years old when 9/11 happened. For them, it’s a historical event. Not something they necessarily remember or lived through.

How and why do UVM students make you hopeful for the future?

If I were to think across generations, this generation of students tends to look ahead to what they will be doing after they graduate from UVM. They’re more focused on the future compared to their predecessors, and they’re not just thinking about the present moment. I’m very hopeful.