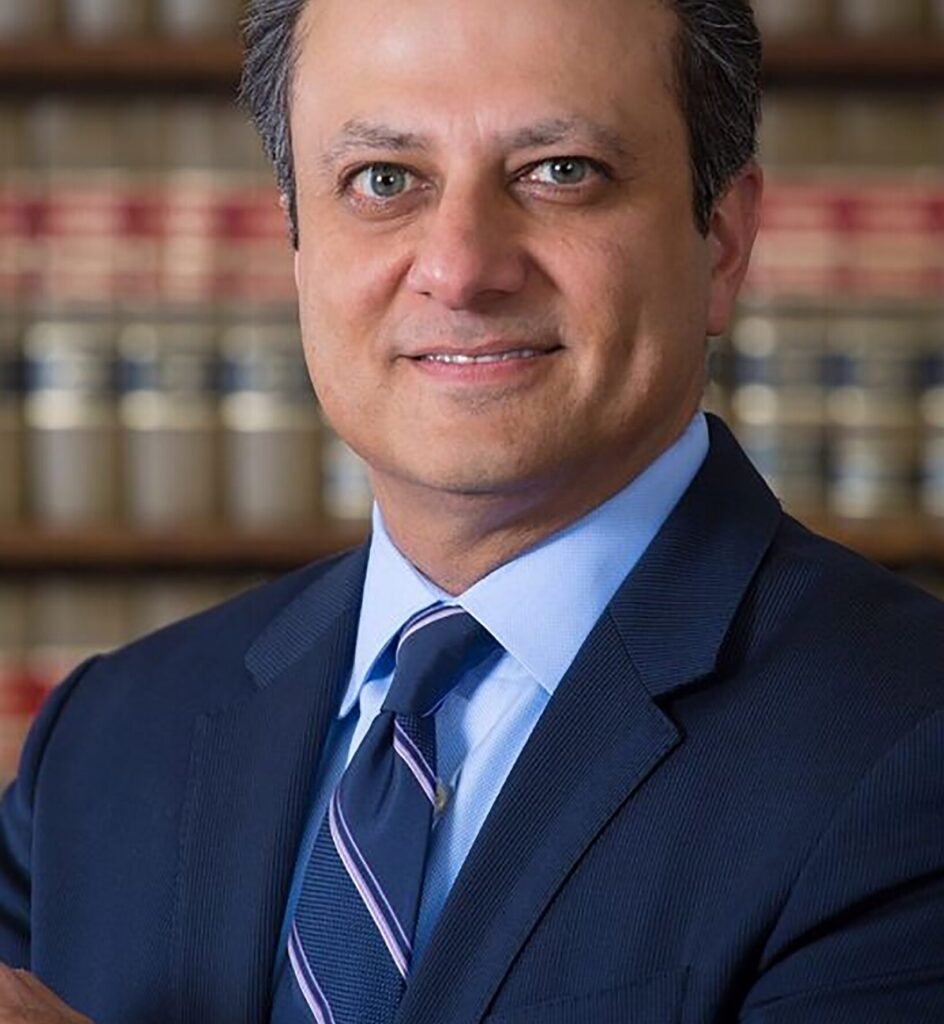 When you earn a reputation as one of “the nation’s most aggressive and outspoken prosecutors” according to The New York Times and had a hand in high-profile cases such as Bernie Madoff and Wall Street firms, it’s not too surprising that folks will line up to hear what you have to say about today’s justice system. At UVM this November, Former U.S. Attorney for the Southern District of New York, Preet Bharara talks about pressing topics in the corporate, legal, political, and educational worlds today, as well as his journey from a young immigrant to one of the highest law enforcement offices in the country.

Nominated by President Barack Obama, Bharara served as U.S. Attorney for the Southern District of New York from 2009 – 2017. But in March 2017, Bharara, along with 46 other U.S. Attorneys, was asked to resign via a request from then Attorney General Jeff Sessions. However, he didn’t comply. So according to Bharara, he was fired by President Donald Trump, and it has turned out better than perhaps Bharara could have ever anticipated.

Bharara now has a vast online and social media presence where people look to him for his critical analysis and keen insight on pressing issues like the Meuller investigation and other important topics of the day. He is a sought-after political commentator as a Senior Legal Analyst on CNN; is a prolific tweeter; author of a new book, Doing Justice: A Prosecutor’s Thoughts on Crime, Punishment, and the Rule of Law, a distinguished scholar in residence at New York School of Law, and interviews thought leaders on legal topics and politics, on his popular podcast Stay Tuned with Preet.

Bharara is planning a candid conversation on his career and America’s justice system at the University of Vermont on Thursday, November 14 at 5 p.m. Bharara’s discussion is part of the George D. Aiken Lecture Series which stresses four areas of public service for which former Dean of the United States Senate and Vermont Governor George Aiken is best known: foreign and public affairs, energy and the environment, food systems and health, and economic development for the purpose of making Vermont, the nation and the world a better place to live and work. Supported by an endowment created by George and Lola Aiken and held annually at the University of Vermont, the lectures, which began in 1975, provide a platform for distinctive views on critical American issues and is the University’s major annual public-policy forum. The tradition of keeping the Aiken Lectures free and open to the public endures.

“I’m excited to come and speak at the Aiken Lecture Series,” said Bharara. “With its focus on the importance of public service in the United States, it is a great place for me to discuss my career, the importance of the rule of law, and encourage students to pursue Public Service in order to improve their country.”

Bharara is a Harvard and Columbia Law School graduate who served as the U.S. Attorney for the Southern District of New York from 2009 to 2017. In 2016 he was coined,“The man who terrifies Wall Street,” by The New Yorker for his tough stance on financial crimes. Bharara oversaw the investigation and litigation of all criminal and civil cases and supervised an office of more than two hundred Assistant U.S. Attorneys, who handled cases involving terrorism, narcotics and arms trafficking, financial and healthcare fraud, cybercrime, public corruption, gang violence, organized crime, and civil rights violations.