Alumni Advice: Josh Brown on Tuning In to Your Talents 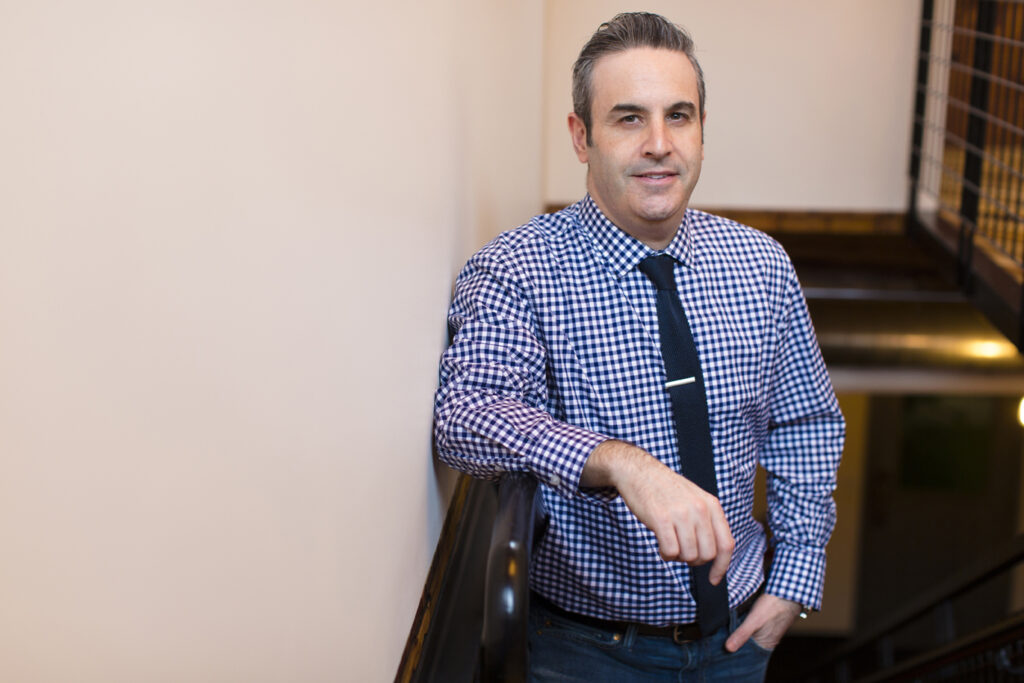 If you’ve ever seen the funky flowers for Om Records, the flying Burton penguin, or the groovy graphics for Nordica Skis and Anon goggles, then you’ve seen the work of Capacitor Design Network, whose president and cofounder is Josh Brown ’92. His Vermont-based business cranks up edgy illustrations, graphics, and designs for the music industry, ski and snowboard companies, and corporate clients around the world.

Originally, however, Brown intended to spin the globe as a cartographer after studying geography at UVM—a switch from environmental studies. But when the Woodstock-raised music lover found himself headed in the wrong direction, he returned to his roots, turning up the creative volume to pursue a more design-oriented career.

Tell me about growing up in Woodstock, Vermont—what kind of music did you listen to?

My mom is a musician and was a music teacher, so there was always music in the house growing up. I started listening to stuff on the radio along with albums my parents had as well as those of my friends’ older siblings. While the music was playing, I used to love studying the artwork and liner notes on the album jackets. I will say I feel lucky growing up during the heyday of FM radio during the ’70s and ’80s. I used to record some radio shows on a portable cassette deck I had. I remember staying up late to listen to the Dr. Demento show on my AM/FM clock radio. Looking back, it was pretty awesome.

Did you really only spend two days at a cartography company before realizing that you didn’t want to pursue it? What happened?

I did. It turned out to be a very technical position that was basically inputting information into digital maps. I believe the work the company was doing ended up being a precursor to the Google Maps algorithms. I realized sitting through hours of technical training that I enjoyed geography as a liberal arts major, but not for a career. The company was actually really nice about it and understood when I decided to leave after two days.

What was it like to work at a design firm like Burlington’s Jager Di Paola Kemp, or JDK?

It was an exciting time, and I learned a ton. They had some high-profile projects, and things happened really fast. It was like working in a “big city” agency, but at the end of the day, you walked out the door and you’re in Vermont. I met my Capacitor business partner Jeff Rooney there.

How did your love of music lead to starting Capacitor Design Network? 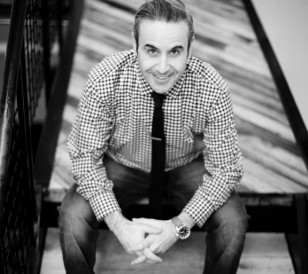 Music has been a lifelong passion. While working at JDK, I was lucky enough to work on some projects with Def Leppard and Phish, and that’s one thing that inspired me to start my own agency and focus on music industry clients. Also while at JDK, I organized an art exhibit of underground “rave” flyers, which was fun, and I found the artwork inspiring.

It was a crazy story where it went on the road and the entire exhibit was stolen in Miami. A private investigator found it, but it was left outside and got destroyed by mold. Over Memorial Day weekend of 1997, I ended up putting an entire new exhibit together thanks to the understanding and generosity of the flyer designers and artists involved.

With Capacitor, although we started out with a focus on music industry clients, we quickly took on other projects, including action and outdoor sports and software.

How much do you get to interact with musicians?

It depends on the project. Sometimes they are more involved than others. Some projects we’ll nail the creative in one round. Others we’ve done round after round until the musician was satisfied. We’ve been lucky to have a long relationship with a record label in Philadelphia called Ovum. We work directly with Ovum’s general manager, who deals with the musicians for each release. We’ve done some T-shirts for the Dave Matthews Band through their merchandise division, which has been given permission to make creative decisions on behalf of the band since they know exactly what sells.

What’s the most unusual experience you’ve had with a musician?

Grocery shopping in Los Angeles with the lead guitarist for Def Leppard. As I’m pushing the cart down the aisle, I remember thinking to myself, This is the same person who cowrote “Pour Some Sugar on Me.”

What kind of music do you listen to while you’re working? Do you play any instruments?

I listen to all kinds of things. It depends on the day. I’m partial to mixes by All Skate and Josh Wink. If we’re working on a new release for an artist, it’s fun to listen to that. I play drums and guitar. Lately I’ve been obsessed with Keith Richards’ open-G tuning style of guitar playing.

What advice would you give to alums on working with the music industry, but from a different angle?

Have patience and do your homework before you work with an artist. If you’re not familiar, listen to their catalog and try to ask questions and find out as much information as you can. This will spark some great conversation.

-Sarah Tuff Dunn is a freelance writer and editor from Shelburne.