7 Ways to Improve Your Resume in the New Year

Posted by Erica Houskeeper on December 22, 2014 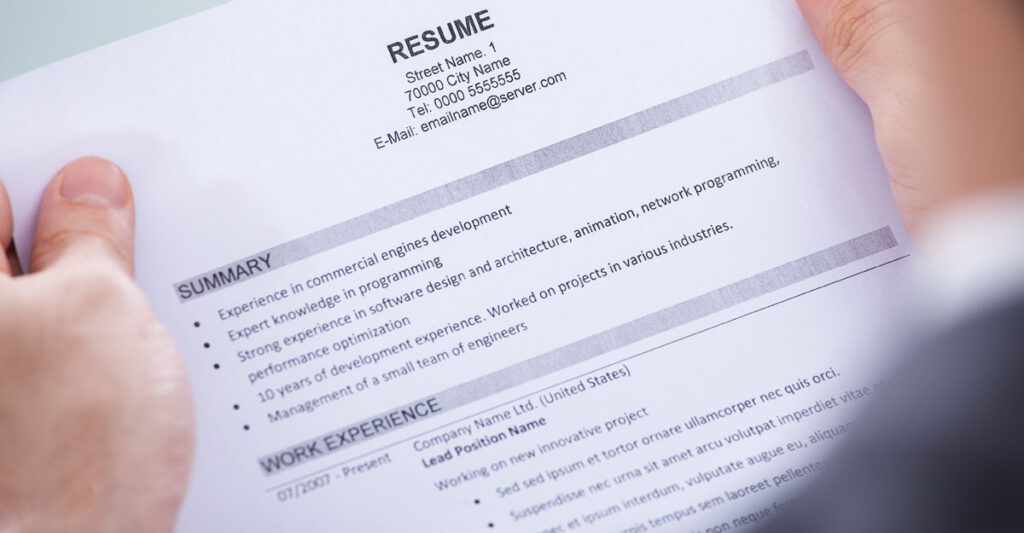 Is changing your job or career direction one of your New Year’s resolutions? If so, then it’s time to update and refine your resume. But choosing which accomplishments and experiences to list and enhance on your resume can be difficult, especially if it’s been a while since your last job search.

What are the most current resume guidelines you should be following? Should your resume style be chronological or functional? What’s the difference between an objective and summary? Isn’t there a rule about keeping a resume to one page?

Ways to improve your resume and stand out from the crowd

The most popular resume format is the chronological resume, which includes a chronological listing — starting with the most recent — of all your employers and related accomplishments. Educational information is also included, as well as any certifications, community service work, and specialized skills.

Meanwhile, functional resumes highlight your skills as they relate to previous and current positions, such as managing, organizing, implementing projects, fiscal accountability, and any others that emphasize your professional talents rather than your chronological work history.

Read suggests using a combination of the two.

“The red flag for a functional resume is that when human resources sees it, they automatically think: This person is older and trying to mask how many years they’ve been in the workforce; this person is in transition and wants us to see their transferable skills; or this is a young person with very little experience,” says Read.

On the flip side, a chronological resume can seem like a long list of jobs held with no cohesive statement. Read recommends using a summary at the top (more on that later) to highlight your skills and abilities, much like you would in a functional resume.

“People forget that a resume is a marketing tool,” Read says. “It’s something that should promote your best self. You don’t need to have every single job on there, and you don’t need to go back more than 10 or 15 years.”

Read advises starting with a summary at the top of your resume that highlights three or four different themes describing your proficiency at both formally-trained and acquired skills and abilities. The remainder of your resume should reflect how those skills and abilities contributed successfully toward the outcome of workplace, team-driven projects, and independent assignments.

As far as listing an objective at the top of your resume, Read says don’t bother.

“Space is so valuable in a resume — don’t waste it on objective,” Read says. “Objectives are really old school. We used objectives 30 years ago when we didn’t send out our resumes electronically and were applying for just one job.”

One Page or Two?

Read’s general rule of thumb is that if you’ve had more than three professional jobs, your resume should be on two pages.

“There are people who are adamant about one page,” Read says. She suggests keeping your resume to one page if your second page is made up of six lines or less. “If your resume is on two pages, you should have at least a page and a half of text.”

Read says it’s fine to print your two-page resume on the front and back. Remember to include a note at the bottom of page one indicating more text is on the other side of the document.

“Just stating results doesn’t give a full picture,” says Read, who recommends using two to five sentences that are descriptive summaries of your job duties. “Just don’t ever use the word “duties” or “responsibilities” in a resume.” Instead, use words such as “managed,” “developed” or “strengthened.”

She also suggests using two to eight specific examples — with numbers or percentages — that detail project accomplishments (for example, include that you increased sponsorships by 50 percent or by $200,000 – whichever shows a greater impact).

Not sure where to list your college degree? Does it go at the top or the bottom of your resume? That depends, Read says.

“How recent and how high is your degree?” Read says. “If your degree is within the last three years, put it at the top of your resume. If you have a master’s degree or higher, it should always go as the second element under your summary. Especially if a master’s is required for the job you are seeking.”

If you have an associate’s or bachelor’s degree and have been out of college for three years, Read suggests listing the degree at bottom of your resume.

And never include your high school education, emphasizes Read. “If you have a Bachelor’s degree, it is assumed that you graduated high school or an equivalency.”

Read says some of the biggest mistakes people make is not using strong verbs in their resume. “People rely on versions of the word ‘work,’ such as responsibilities and duties,” Read says. Again, try words like “managed,” “developed,” “monitored,” “created,” or “strengthened.”

Another mistake is that people don’t know how to promote themselves.

“Job seekers don’t always understand what they’re offering. They see a resume as just a list of jobs and that’s it,” Read says. “People need to understand that a resume is a powerful marketing tool.”

Job seekers may also wonder whether to tailor their resume to every job they seek. Read says some changes are acceptable, but it shouldn’t be a complete revamp every time you apply for a job.

“If you are significantly rewriting your resume for every job, then you are probably not being effective in your search – you may be trying too hard to fit a job,” Read says. “About 85 percent of your resume should basically stay same for every job. You should be pretty clear on what kinds of jobs you are looking for.”

“It also shows your values,” Read says. “If your values are important, then you want them on your resume. Just remember that if you put that information on your resume, then it’s up for discussion.”