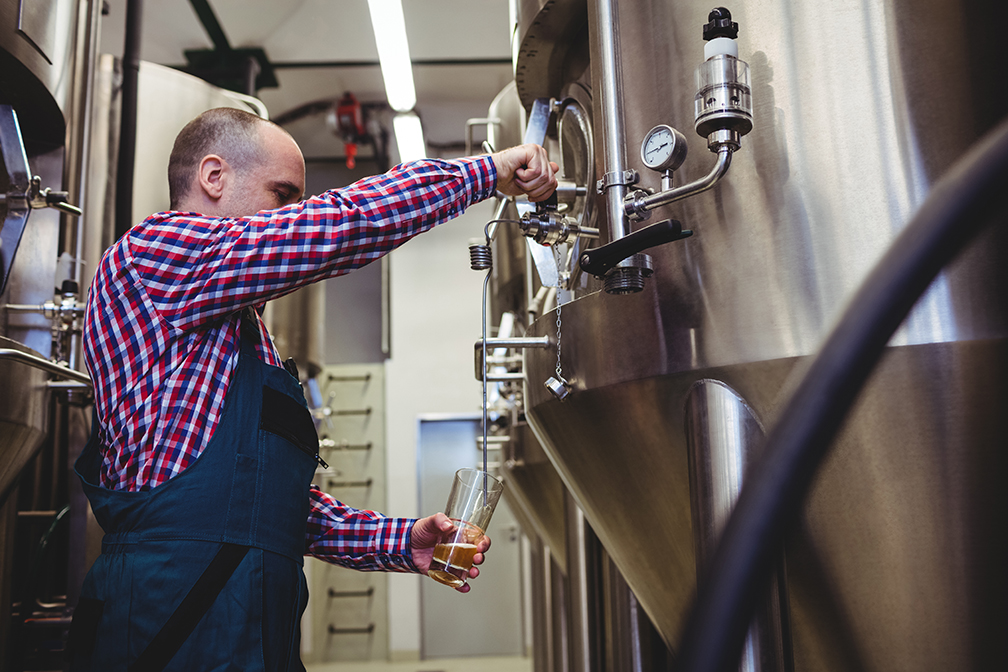 Matthew McLaughlin has seen craft breweries come and go in his 13-year career. 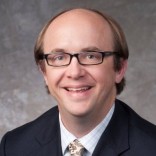 McLaughlin, an attorney specializing in alcohol licensing and regulatory matters, as well as corporate, finance, and intellectual property matters for craft breweries in the southeastern United States. With the craft beer industry booming, McLaughlin has a keen sense for what makes breweries thrive in today’s fiercely competitive market.

The UVM Business of Craft Beer instructor, who recently received the F.X. Matt Defense of the Craft Beer Industry Award by the Brewers Association, talks to us about his favorite beers, characteristics of successful breweries, and what new brewers can do to make their mark.

How did you first become interested in craft beer?

I’ve always liked beer. It wasn’t until I studied abroad in college and traveled to London, Paris, Munich, Amsterdam, and the Czech Republic that I really learned about beer. Studying international business abroad was an eye-opening experience for many things, including developing an appreciation for local beer. When I returned home, I started drinking really the only craft beer that was available in Mississippi in the late 1990s: Abita, Sierra Nevada, Anchor Steam, and Sam Adams.

When did you start working with breweries?

I’ve been working with breweries for 13 years. Getting into this type of work came down to the good fortune of being in the right place at the right time. I had been practicing law for about eight months when a startup brewery, Lazy Magnolia, contacted the law firm I was working for to get some legal advice. After interviewing a number of firms in the area, the founders, Mark and Leslie Henderson, chose me. They were the only brewery in our region at that time, and we sort of figured things out together. Based on my work with Lazy Magnolia and as the craft segment began to grow, referrals started happening and other breweries started calling me.

How has the craft beer market changed over the past decade, and what skills do brewers need to remain competitive?

Back in 2004, there were maybe 1,400 breweries in the United States, and now there are over 5,000. The industry has grown tremendously and this has led to many new challenges for both startup breweries and regional breweries.

Breweries are competing for everything from shelf space in stores and taps in restaurants to maintaining a knowledgeable and effective sales force. A lot of breweries struggle with growth. They start with a couple of people and scrape money together to buy small brewery. When their business starts to grow and they need formal processes for employees, finances, and accounting, things can get complicated. There are also the challenges to raising money, trying to stay ahead, and being mindful of the latest styles and trends.

We’ve seen significant craft beer growth in Vermont and the Northeast. What are you seeing in your home base in the South?

There are more breweries in the Southeast now than when I first got started working in the industry. Comparatively, we have much less mature craft markets than other parts of the country, including the Northeast, West Coast, and Pacific Northwest. What you’re seeing in the South is the double digit growth that has been norm in the industry elsewhere. Our biggest challenge is consumer awareness here locally and making sure people understand what locally made craft beer is and that it can stand up to anything in the country. We hope consumers down here recognize there is some amazing beer being made.

What advice would you give to brewers just starting out or thinking about opening a brewery?

From the beginning, you need to have the right team in place, and recognize that making good beer is simply the price of admission. There are a lot of responsibilities and there is more to success in this industry than simply brewing good beer. For example, you also need to be focused on brand development, packaging design, and quality control. And the beer has to be consistently good or consistently exceed consumer’s expectations.

Crowd Control, and American style IPA, by Southern Prohibition Brewing is one of my favorite beers. Timber Beast, a very high gravity imperial rye IPA by Lazy Magnolia, is another beer that I love. Outside of the IPAs, I am big fan of Lucky Town Brewing Company’s Gose Gamblin’ and Wiseacre’s Tiny Bomb.

Why are you passionate about supporting small craft brewers?

I feel very fortunate because I get to work with some unbelievably talented people. Supporting an entrepreneur’s spirit of starting a brewery is inspiring, and if you’re going to practice law, why not do it in the brewing and the distilling industry? To this day, I am still a little speechless that I get to come to work and do this every day.

Learn more about the UVM Business of Craft Beer Program.