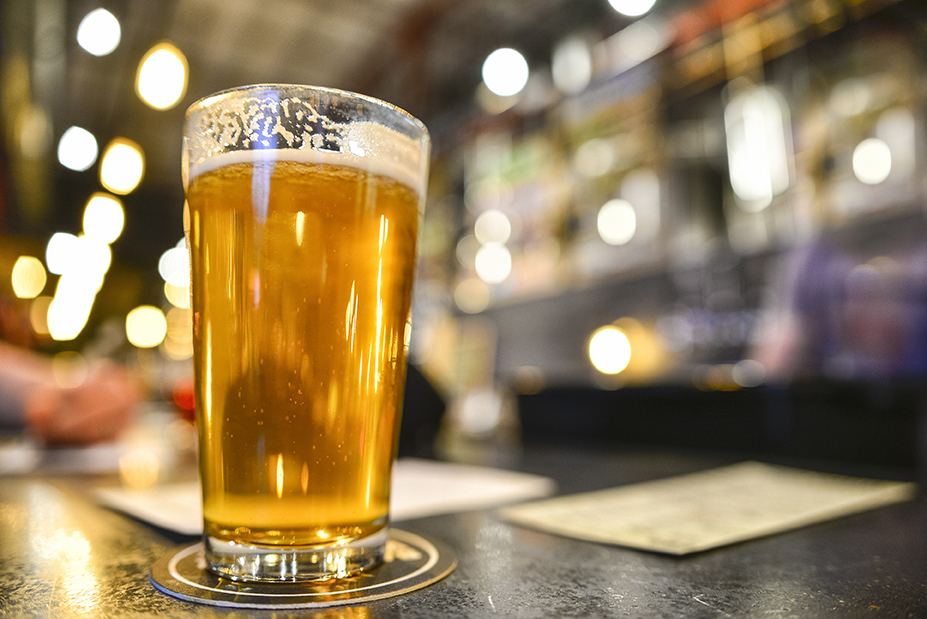 Engineer and craft beer enthusiast Fred Kilpatrick is setting his sights on opening a brewery and taproom in Mérida, Mexico in 2018. Fred, who divides his time between Bend, Oregon, Southern California, and the Yucatán, recently completed the UVM Business of Craft Beer program. We talked to Fred about his business plans and why he’s choosing Mexico for his brewery.

How would you describe your new brewery?

The brewery and taproom is located in the trendy downtown Centro Histórico area of Mérida, located in the capital of the State of Yucatán with a population of over 1 million inhabitants. 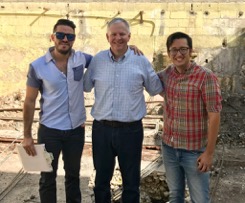 Fred Kilpatrick, middle, with his building contractor and architect at the site of his new brewery in Mexico.

We are located in a 3,350-square-foot space that includes a two-story brewery and a beer garden. The brewery is a 7BBL/800L system, and I hope to reach a peak volume of brewing approximately 1,000 BBL per year.

For beer styles, I plan to stay to the lighter styles in the beginning due to local tastes. Perhaps five core styles including a blonde ale, Hefeweizen, APA, IPA, and some type of lager. I’ll also offer seasonal styles and limited release styles that will be experimental in nature.

Why are you opening a brewery in Mexico?

I had purchased a “historic home” —a ruin in need of renovation—in 2010 with plans to live in Mérida full time. Mérida has a warm climate, a tranquil lifestyle, and an affordable start-up cost for a business. The area has a market for craft beer that consists of locals, tourists, and expatriates from the United States, Canada, and Europe. Merida is within close proximity to cultural events, historic sites, Yucatán beaches, universities, theaters, galleries, and the major tourist destinations of Cancún and Playa del Carmen.

My evolution into craft beer was a natural fit as Mexico is starting to appreciate and afford an alternative to mainstream beer. I wanted to stay active and turn my passion for craft beer into something that people enjoy while using the profits to enrich the lives of people in the community.

When did you first become interested in craft beer?

I became interested in craft beer as a consumer since the mid-1990s when I lived in Kansas City. I would go to 75th Street Brewery and be amazed at the beer making process behind the bar.

After that, I really didn’t have knowledge of the craft beer growth that was taking place until I moved to California in 2012. After that, I started visiting many of the local and regional craft breweries in the Los Angeles area and San Diego. In 2016, I relocated for work to Bend, Oregon. I would have to say that with a population of approximately 80,000 people and a city with 30 craft breweries, Bend has provided me with the best craft beer culture one could ask for.

Are you a homebrewer?

I homebrewed for a short time in the mid-1990s. I have since taken numerous courses with hands-on training. In 2013 I started the design of a Greenfield Pharmaceutical plant in the Los Angeles area. As part of the project, I made various presentations to the city council and planning council. In one of the meetings, the city attorney gave me the business card of his son who was the brewer at a local brewery. I started hanging around the brewery and brewing with him on a 7BBL scale on Sunday nights. I found I enjoyed the larger scale and hands-on approach to brewing at that level.

What drew you to the UVM Business of Craft Beer program?

The UVM Business of Craft Beer program provided a solid business foundation. The instructors were experts in their fields and presented the information in a relevant and meaningful way. The course materials and assignments were presented in a format that required use of the knowledge obtained and encouraged participation. Some of the students and instructors are key contacts today that I can reach out to for help or information. I also appreciate the flexibility that the online format provided. Working a normal job, this made it easy for me to get the most out of the experience.

What are some key things you’ve learned about the craft beer business in the UVM program?

Having an engineering background, I really enjoyed the content that was new to me, such as craft beer trends, branding, and business planning. The instructors have a vast amount of industry experience in these areas and their insights are invaluable.

Why are you passionate about craft beer?

For a few reasons. First, I want to make something that people enjoy. In Mexico, people have not experienced much in the way of good craft beer. I hope to bring this experience to them on a small scale. Second, I enjoy the hands-on nature and the outlet for creativity that brewing craft beer provides. Being an engineer, I like the thinking about the process and the science behind brewing, and making adjustments that lead to a better product.

I also believe craft beer can be a vehicle to improve people’s lives—not only the social aspect of the taproom—but I plan to give most of the profits back to the local community. There is such a need for good facilities and resources for educating children, and I want to be a part of that effort.

Learn more about the UVM Business of Craft Beer Program.