A Future Entrepreneur Soars to New Heights at UVM 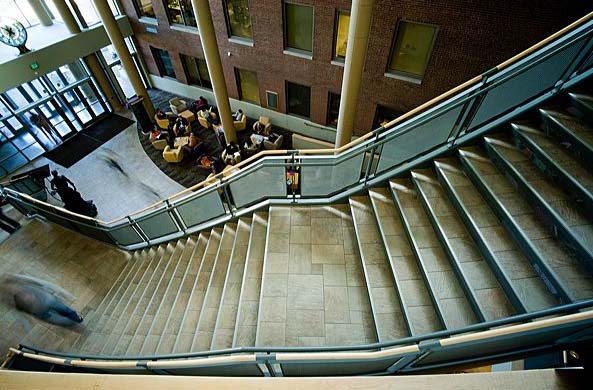 To call Tyler Brown motivated is a serious understatement.

The 22-year-old is the former director of operations at the Vermont Flight Academy. Now he’s a full-time student at the UVM School of Business Administration with a 4.0 GPA. He’s running for student government and recently joined the accounting club. Oh, and he plays a little intramural broomball, too.

A 2010 graduate of South Burlington High School, Brown attended the Burlington Technical Center and completed the post-secondary aviation technology program. While in high school and at the technical center, he won state and national awards in aviation maintenance from Skills USA, a national organization serving teachers as well as high school and college students preparing for careers in technical, skilled and service occupations.

It wasn’t long after the aviation program when he landed a job at Vermont Flight Academy to provide technical help with computers. He eventually worked his way up to director of operations, which involved maintenance and administrative work. After a month on the job, he told the president of the company that he wanted to contract out maintenance and focus solely on the business aspect.

“Back in high school, I wanted to be an aerospace engineer and get my Ph.D. Then I wanted to do aviation maintenance, and then maybe own my own shop. I thought I wanted to be a pilot. It’s never been just one thing I wanted to do,” he says. “But I kept thinking about business, and I realized that was my passion. My father owns an electrical company, so I’ve always had a little business blood in me.”

Brown pilots two-seater Cessna 152 and four-seater Cessna 172 planes. When he started at Vermont Flight Academy, the company had two planes and two instructors. Now it has 13 planes, four simulators, plus six full-time and six part-time instructors. 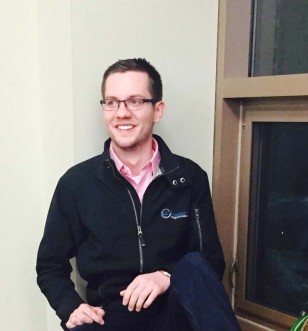 Brown wanted a college education and attended Vermont Technical College for a semester when he thought he still wanted to pursue aviation maintenance. But as it became clear that business was what he really wanted, Brown decided to go to UVM. He transferred into the College of Arts and Sciences last fall and was accepted to the UVM School of Business Administration in January.

To meet new people and immerse himself in the college experience, Brown participated in a broomball team in the fall and recently joined the accounting club. He is also running for student government.

While he’s juggling a full course load, he continues to work at the Vermont Flight Academy in an advisory role.

Even though he’s no longer the director of operations, Brown still manages the books, works with maintenance contractors, and consults with his successor. He is also working with Green Mountain Software to help develop and market an aviation app.

He also plans to graduate from UVM within three years.

How does he do it all?

Scott Tighe, a molecular biologist and manages the advanced genomics facility at the UVM Cancer Center, met Brown three years ago at the Vermont Flight Academy while he was learning to fly.

“Tyler ran Vermont Flight Academy and ran it very well. He kept planes rolling and addressing every single customer’s needs,” Tighe says. “Tyler is take charge, motivated, but careful not to overstep his bounds. He is very smart and listens to other people’s comments before he chimes in on a subject. He is a textbook case of a go-getter.”

The Path to College as a Non-Traditional College Student

Brown is savvy with technology, and clearly has a knack for business and multi-tasking. It’s easy to see him as a CEO of a tech company or founder of a blockbuster start-up. Was going back to school at 22 really necessary? Brown believes a college degree is what he needs to truly succeed in the business world, especially as a technology entrepreneur.

“I highly value education. It’s not just what you get out of it, but (earning a degree) also shows you are dedicated to expand your knowledge in a particular career path,” he says. “Learning on the job is one thing, but being in school is entirely different. I’ve had so many road blocks in my career so far because I’m young and didn’t have my degree. If you are young and without a degree, it’s difficult.”

Brown also sees being at UVM as a way to network, build connections, and do informal market research with his peers. “That’s what business is. It’s not what you know, it’s who you know.”

His one regret? Not going straight to college right after high school.

“My friends here at UVM call me ‘Gramps,’” he jokes. “But really, at the same time, it’s never too late to go back to school. I take school very seriously because I’ve been out of school for a few years. I hold myself to a very high standard, and I think that people who generally take time off between high school and college have more respect for education when they return.”

What’s next for Brown?

“Aviation is not as important to me now, and it’s a hard business,” he says. “The work I’ve done has been rewarding, but now I want to create my own company.” 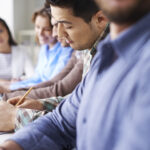 Do You Have Effective Leadership Skills? 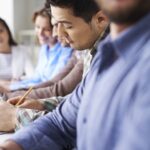 What Type of Leader Are You? 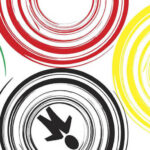 5 Tips for Leaders During Layoffs 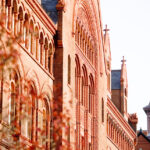 An In-Depth Look at UVM’s Leadership and Management Program 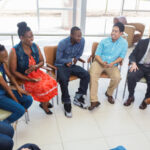 Surviving Generational Differences in the Workplace 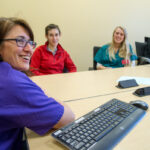 The Three Foundations for Providing Feedback to Employees