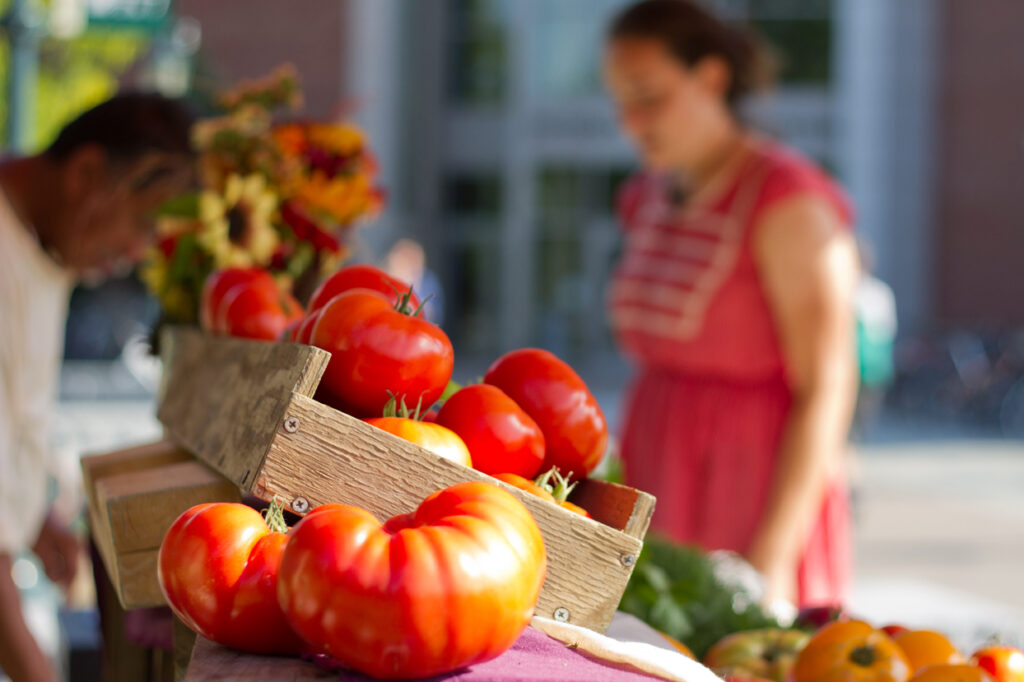 The United States Department of Agriculture announced Monday that it will spend $52 million to support local and regional food systems and encourage research on organic farming.

As consumers seek to know more about where, how and by whom their food is grown, the local food movement has been one of the fastest growing segments of the business, according the the New York Times. So, it’s no surprise that growing interest in local food and sustainability efforts is increasing the number of people working in the food system.

Vermont is a national leader in the local food movement, ranking first in direct-to-consumer farm sales through farmers’ markets, farm stands and CSAs.

“As demand rises for locally grown and produced food, more jobs will be generated in the food system, which benefits the Vermont economy,” says Rachel Carter, director of communications for the Vermont Sustainable Jobs Fund, which tracks the progress of goals connected to the Farm to Plate Strategic Plan that are reported to the Vermont Legislature. “As we continue to make progress toward our goal of strengthening Vermont’s food system by 2020, Vermont will stand as a national leader in food system sustainability, job creation and innovation.”

The Local Food Movement Creates Jobs Across the U.S.

Taylor Cocalis, co-founder of GoodFoodJobs.com, says her website lists job opportunities for farmers and food artisans, policy makers and purveyors, retailers and restaurateurs, economists, ecologists, and more. The site launched four years ago with 70 active jobs, and now it averages more than 1,200 listings at any given time.

Most of the job openings posted on GoodFoodJobs.com are from the East Coast and West Coast, but jobs are also coming from the midwest and south.

The categories where the most jobs are posted on GoodFoodJobs.com fall under culinary, business, agriculture and nonprofit (production and education follow behind those). Meanwhile, the jobs most searched on the website are in education and agriculture, with the other areas trailing behind, she says.

Cocalis believes that food culture, the economy, and educational programs for children and adults have helped raise awareness about food system jobs in recent years.

“Twenty years ago, if you said ‘food job,’ people assumed you wanted to work in a kitchen or open a restaurant,” Cocalis says. “I think now the perceptions are expanding.”

Looking for a job in food systems? Visit the Vermont Farm to Plate Network’s Food Atlas or GoodFoodJobs.com.