10 Signs Your Employees are Not Working as a Team 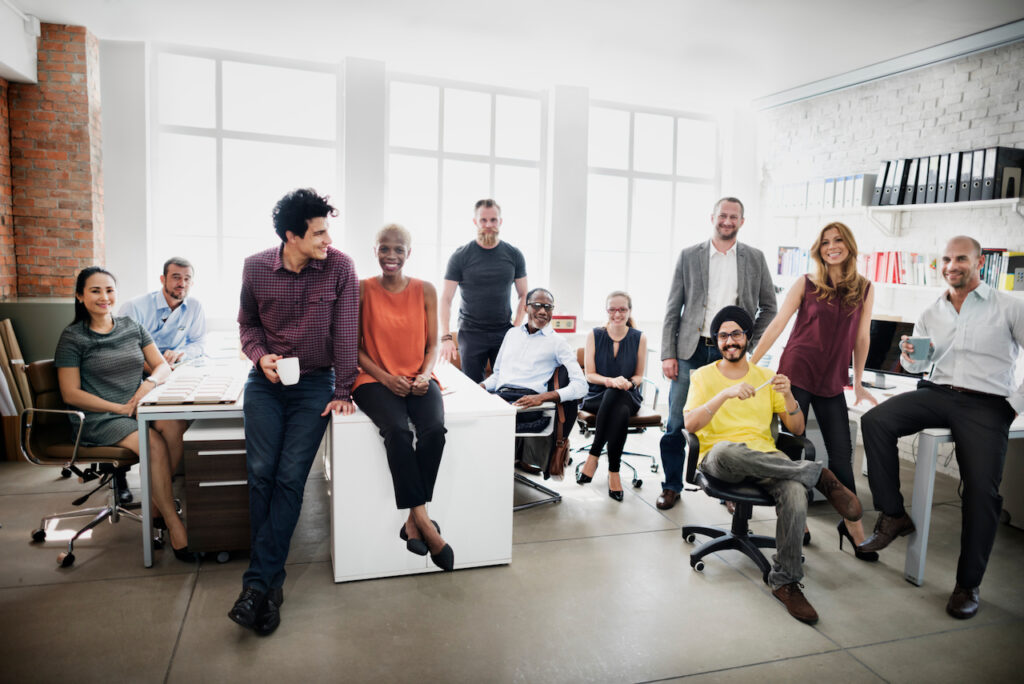 Working as a team isn’t as simple as declaring it.

Managers and business owners often refer to groups of people as teams and start tossing around various sports metaphors and talking about goals because they think it will stimulate higher levels of collaboration. Although a defining factor in being a team is sharing a common goal, not all groups of people who share a common goal are teams.

It’s ironic that even after dozens of movies like the Mighty Ducks where a haphazard losing team transforms and wins the championship, people still believe that a group of people will magically become a team by declaring it so. Strong teams don’t just happen, it takes practice – this is true for sports teams and office teams.

If you want your people to be like the Mighty Ducks, then you need to treat them like a high performing team.

Classic sports movies like Hoosiers, Cool Running, The Bad News Bears, and the Mighty Ducks are all great examples of teaming. All of these heroic tales share several key qualities in becoming a team:

How to Work as a Team: Steps to Become Effective

Just like the Mighty Ducks, office teams have to move through the stages of becoming a team before they can demonstrate their power. A team becomes more than just a collection of people when a strong sense of mutual commitment creates synergy, thus generating performance greater than the sum of the performance of its individual members.

Shifting from being cooperative co-workers into being teammates requires trust and understanding. Teammates need to trust that others will do their part, consistently show up, and engage in respectful discourse. Knowing each other interpersonally is key to trust.

Models like Personality Type (aka MBTI) create a common language while embracing different perspectives and ways of solving problems. In the process, teammates gain a sense of humor about the “personality quirks” of each member and learn to trust each other.

This first stage when the team is a “Pseudo Team,” is usually the most tumultuous stage. Productivity will actually decline due to general confusion and unsurfaced opinions about what is most important. The mere hope of becoming a team motivates some members to surface key issues. This gives unsure managers the strength to have tough conversations with bullies, star performers, and poor performers.

Additionally, some folks realize they are not happy in their current roles and either leave or start a constructive conversation about change. Others escalate their “bad behavior” and get escorted to the door. Most, however, breathe a sigh of relief and start enjoying their jobs more. If company leadership has the fortitude to stay in the process, some early signs of improvement will appear.

When the team shifts into the “Potential Team” phase, productivity increases to previous levels but with the added excitement of more to come. By this time, the mission and goals are nearly in place, meeting structure is getting a foothold, and the team experiences some early successes that build team morale.

Having an external facilitator is key here. A consultant can reinforce messages from management and more easily introduce good team meeting practices, create a set of goals, a mission, performance standards, and a structure to support effective team functioning.

At this delicate stage, the external consultant assists in developing clear leadership within the team and also transitions into a coach/facilitator for the leadership team. The coach will assist the leadership team in introducing more norms and processes. This is the point where teams are most likely to slip back into their former dysfunctional ways and the external consultant can act as the steward of the team; there is still a lot more work before the team really starts to function.

When the team experiences less effort and more flow it enters becomes the “Real Team” phase. Meetings are frequent, reasonably well-led, the mission is integrated into daily team functioning, and goals are clear with milestones that are achievable and measurable. The team can focus on the 20 % that makes an 80 % difference and problem-solving is consistent.

At this point, the team starts to flex its muscle: process is built into daily habits and the team actually starts facilitating itself as a result of strong interpersonal and conflict resolution skills. Additionally, the team consists of a manageable number of people who use their complementary skills and commitment for a common purpose.

Leadership is able to develop specific performance goals with well-developed strategies for which everyone holds themselves mutually accountable. The team will naturally create reasons for celebration and rewards/praise are commonly exchanged. And most importantly, there is minimal need for the consultant now.

When a team becomes accustomed to this new level of functioning, it seeks opportunities to excel and will eventually reach the stage of a “High Performing Team.” The energy and ease within the team is demonstrated through the deep commitment team members show to each other’s personal/professional success. This level is most likely achieved around specific events for the company, like a key industry conference or trade show, moving to a new location, launching a new product, or community service days.

It is challenging to stay in the High Performing stage because of the level of sustained energy required to focus on individual team member’s welfare. Once employees are working as a team at this level, however, they often hunger for the exhilarating effects – it’s addicting!

10 Signs a Group of Employees is NOT Working as a Team:

Ineffective leadership and team development is the root cause of most of these issues. When an owner or manager does not effectively lead groups of employees or address the above issues, there is no hope of forming a team. Leadership training is an essential piece of the puzzle.

Editor’s note: this article was originally published in 2015 and has been revamped and updated for accuracy.