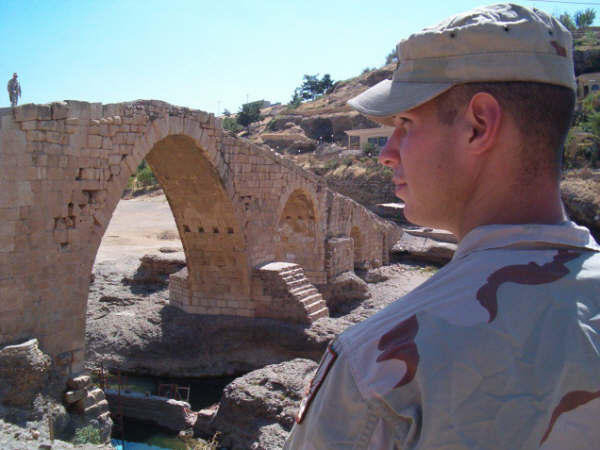 Bill Vernold served in the US Army and worked in the pharmaceutical industry before becoming a brewer at Brewery Ommegang in Cooperstown, New York. Prior to that, Vernold worked for Butternuts Beer and Ale, a small batch brewery in New York State. He is a student in the new UVM online Business of Craft Beer Program, which starts this month. We talked to the army veteran about German beer, homebrewing, and his plans for the future.

How did you learn about UVM’s Business of Craft Beer Certificate Program, and when do you start class?

I first heard about the UVM Business of Craft Beer Program on www.probrewer.com. They have links to various articles on industry-related topics, and after reading about the program, I reached out for more information.

I am taking classes in the spring and fall semesters while taking the summer off. My wife and I just bought our home this past June, and our son was born in August. Between the purchase of our home and our son’s birth, we didn’t have much time to relax last summer, so taking time off will be a welcome reprieve.

How has your background brought you to this next step in your professional development?

I joined the army in high school and went into basic training in 1998. I spent some time in Germany, where I fell in love with Schwarzbier, Dunkel, Doppelbock, etc. I thought I was going to do six years, with two years Inactive Ready Reserve, where they had the option to call me back if needed. I was Stop Lossed (involuntary extension of services) and attached to the 133rd Engineer Battalion, where I served as a carpenter, mason, combat lifesaver, and M-249 SAW (Squad Automatic Weapon) light machine gunner between February 2004 and March 2005. When I got home, I went to work for Tyco Healthcare, a pharmaceutical company, until leaving in 2010 and eventually transitioned to the brewing industry.

While at Tyco I started homebrewing. Working for a pharmaceutical company helped me better understand the importance of cleaning and sanitizing equipment and in-process sampling. It was a production facility, so it surprisingly had a similar atmosphere to Butternuts Beer and Ale and Brewery Ommegang.

When did you discover your passion for craft beer?

I first found out about different beer styles in Germany. During my enlistment I spent time in Grafenwoehr and later Wiesbaden and loved the idea of beer gardens. The Class Six on base was similar to a liquor store stateside and carried local German beer in addition to the macro staples. Once I found Maisel’s Weisse, I couldn’t go back to domestic beer.

My wife and I are both drawn to food and beer. Cooking can provide plenty of opportunity for a creative outlet, and brewing is no different. A good chef and a good brewer share a lot in common. Once you consider food and beer pairings, it can inspire either to create new products based on the corresponding pairing. I have a chance to do beer dinners at least once a month from the fall through the spring, and I rarely pass on the opportunity.

What track will you be focusing on, and what are your hopes after receiving your program certificate?

I will be taking the Operations Management focus as it will apply more directly to my current role, but have not ruled out taking other business courses in the future. I think this program will help me relate to the roles of some of my coworkers, especially those on the business side who aren’t directly involved in the production processes. It will also be beneficial to have on my résumé and as I look to ahead to the future.

—Tera Dacek is a consultant and freelance writer. She most recently worked as Marketing Manager for Alchemy and Science. When she unplugs, she can be found at her local mountain or one of the many wonderful breweries in her home state of Vermont.