Posted by Erica Houskeeper on December 4, 2020 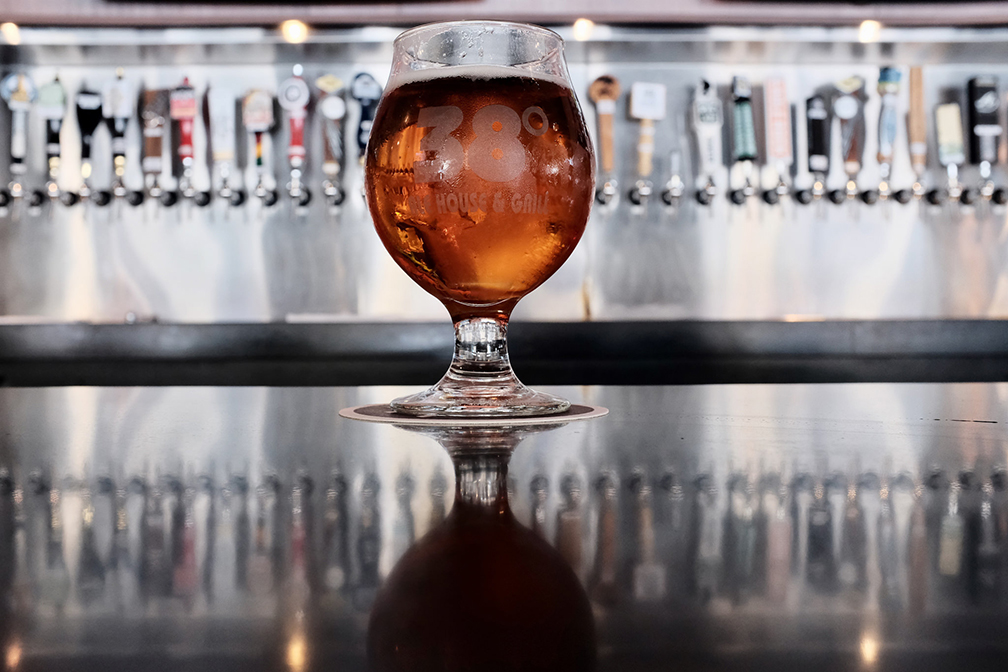 Audra Gaiziunas remembers taking a beer tasting trip to the Pacific Northwest and researching how breweries cost out beer.

“Almost 9 out of 10 couldn’t tell me how much one bottle or one pint of beer cost,” she says. “It opened my eyes, and I realized that maybe we’re not thinking about this on a granular enough level.”

Gaiziunas owns Brewed For Her Ledger, LLC, a management consulting firm in Asheville, North Carolina, that’s focused on providing financial guidance to the craft brewing and cider communities. She is also an instructor for UVM’s Brewery Finance and Accounting course in the online Business of Craft Beer Professional Certificate program.

When it comes to brewery finances, Gaiziunas explains that everything from a global pandemic to a recession to lack of proper planning can stymie a brewery’s cash flow.

“It’s more pronounced right now because taproom-based breweries are closed or have limited hours. Their cash flow channels—mainly selling beer in a pint glass—are shut off, and they have no distribution plan,” she says. “That puts a huge dent in people’s cash flow.”

Brewery Finances: How Did We Get Here?

Breweries can find themselves cash-strapped for a number of reasons. Sometimes it’s from an expensive property lease, Gaiziunas says. 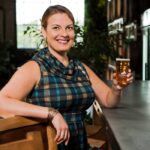 “The costs of being in a poorly negotiated lease are way too high for the level of sales a brewery has. Costs for space—what I call occupancy cost—should be 10 to 12 percent. Sometimes I find breweries in the 20th or 25th percentile,” she says. “What that means is that a brewery doesn’t have any money left over to reinvest back into the business for marketing initiatives or staff. They get stuck in this fixed cost loop they can’t get out of because they didn’t plan for it appropriately to start with.”

Other cash flow problems stem from not having enough capital when opening, over investing in inventory or spending too much on fixed overhead. Fixed overhead is certain costs you are going to have to pay, regardless of your production level.

“Gaining a grasp of what that fixed overhead number is means that you know what your fixed cash outflow is going to be and what you are expected to spend every month,” Gaiziunas says. “Some breweries don’t know this, so they have no gauge of a breakeven point. They are kind of operating in the ether, and we should all know that hope is not a strategy.”

When a brewery becomes more profitable, she says it tends to spend more on sales, general, and administrative items without really knowing why or having a measurable ROI. As a brewery grows, expands or pivots—especially during uncertain times—any new initiative must have an ROI expectation.

“Have measurable goals,” she says. “Don’t just spend money because you can.”

Tips to Boost Cash Flow at Your Brewery

Gaiziunas, who has helped more than 200 breweries since 2013, offers some creative, easy ways for breweries to bolster cash flow.

Set Up a Beer-To-Go Cooler

A beer-to-go option in a cooler in your taproom—placed where customers can see it and access it—is an effective way to increase sales. While Gaiziunas says this sounds like common sense, this tactic also makes a world of difference.

By understanding the seasonality of your cash flow, you can time taproom releases during the slower periods to give your brewery a bump in cash.

Swap with fellow microbreweries to bring new and different brews to your regular customers. This is also an opportunity to get your beer in front of a new audience in a different city or region.

Upsell (and Reward Your Staff)

Let’s say your brewery taproom sells flights of beer. When a server walks by a table that has ordered flights, they can ask the customers if they are enjoying them and mention that your brewery sells a six-pack or four-pack of a particular beer to-go.

“The server can then say, ‘Should I grab one for you and add that to your tab?’ You would be surprised how quickly that turns into a sale,” Gaiziunas says. “Plus, you can reward your staff with commission for that sale, and it’s a win-win for everyone.”

She adds, “At the end of the day, I’m a huge fan of diversification of resources—not just financial. Work to find the hidden talents on your staff. Now during COVID, we need to rely on our staff more than ever to get creative.”