Chat with us, powered by LiveChat
UVM Forward

Course Location
Ecuador
Program Dates
Spring 2020
Travel Dates: 3/6/2020 - 3/15/2020
Credit
CDAE 195 - 3 credits
Instructor
Prem Timsina
Cost
Please see below for more information about costs associated with this travel study program.
Prerequisites
This trip is primarily targeted to undergraduate students who specialize in entrepreneurship, community/ international development, culture, religion, sustainability, public health, human rights, gender, women, environmental and global studies. However, this course could be equally useful for others who would like to earn credits in multiculturalism and diversity. Graduate students may apply in the trip requesting permission from the instructor. 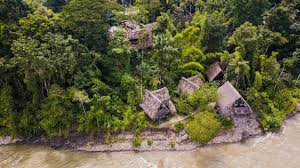 The course is coordinated with various grass root level NGOs, schools, government agencies and local organizations where students will have opportunity to interact with different ethnic, cultural, community groups, and work with local teachers, community leaders and social workers. Before travelling to Ecuador, students will attend hybrid classes on environment, human rights, gender and community development, sustainability and social change efforts in Ecuador. Based on their interest, students may choose to concentrate on one of the above subject areas and conduct their field study, write a research paper and present their findings.

Upon arrival in Quito, the group will be driven to the hotel where they can rest.

The second day of the trip we will visit the “Middle of the World” village, just outside of Quito. The Middle of the World, also known as “la Mitad del Mundo. It is located in the San Antonio parish of the canton of Quito, 10 kilometers north of the city of Quito.

The grounds contain the Museo Etnográfico Mitad del Mundo, a museum about the indigenous ethnography of Ecuador whose building serves at the same time as a 30-meter-tall monument which marks one of the points where the equator goes through the country. The pyramidal monument, with each side facing a cardinal direction, is topped by a 4.5-meter diameter, 5-ton globe.

The area in the north of the province had been the object of a number of studies attempting to determine the exact location of the equator, with the first result being obtained in the early 1700s by Charles Marie de La Condamine. At the end of the 18th century, General Charles Perrier, from the French Academy of Sciences, was sent to lead a mission to verify that result. Later, in 1936, with the support of the French American Committee, an Ecuadorian geographer named Dr. Luis Tufiño built a 10-meter monument in San Antonio de Pichincha. 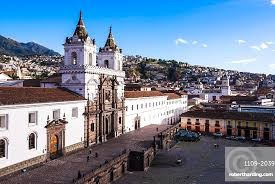 The yellow line in the photo below, marks the Equator Line which divides the earth in the North – South hemispheres.

Later the same day, we will visit the old, colonial part of Quito. Officially known as San Francisco de Quito is the capital of Ecuador, a country located in South America. It is the first city in the world that was named a World Heritage Site by UNESCO. In 2008, it celebrated 30 years of being part of the list of World Heritage sites.

After La Paz in Bolivia, Quito is the second highest capital city in the world at 2,850 meters (9,350 ft.). Furthermore, Quito is the second most populated city in Ecuador (over 2.6 million inhabitants), after Guayaquil. The city is also the official headquarters of the Union of South American Nations. Encircled by Andes volcanoes, nestled in the Guayllabamba river basin, Quito is a dreamer’s paradise.

Quito is a mix of old colonial architecture with upcoming modern complexes resulting in an old-world charm of the city. There are plenty of attractions in the form of trendy shopping malls, high quality restaurants, colonial museums, churches, historical monuments and outdoor markets. As you enjoy your evening walking on the cobbled roads, trying to summarize the breathtaking view, you will definitely understand why Quito is a World Heritage site.

At night we will have diner in one of the restaurants located in the oldest part of the city (see above, left).

The following days and until the end of the trip, we will be visiting and working in Tena, which is, literally, the Gate to the jungle (Amazon Basin). Tena (Spanish pronunciation: [ˈtena]), the capital of the Napo Province, is a city in the Amazon rainforest. It is located about 4 hours bus drive from Quito. Known as the “cinnamon capital” of Ecuador, and founded by missionary explorers, Tena has emerged as a major commercial center of Ecuador. It is home to a regional hospital and many tourist related businesses, including a small airport and a vital bus terminal.

At the confluence of the Tena and Pano rivers in the center of town lies a popular pedestrian bridge, “el puente peatonal”. The rivers become the Tena River, which soon joins with the Misahualli and eventually flows into the Napo River. The Napo winds its way south into Peru, and is in effect the 9th largest tributary to the Amazon River.

Tena and its surrounding indigenous communities are also bases for many volunteers working for reforestation projects, with community support in development initiatives in diverse, and connected areas such as, ecotourism and capacity building. The indigenous populations of Ecuador are some of the most politically organized in Latin America, and Tena houses two major confederations, FOIN (Federación de Organizaciones Indígenas de Napo) and Ashin (Asociación de Shamanes Indígenas de Napo); one of the major stand-offs during the 2001 indigenous uprising in Ecuador, took place here. 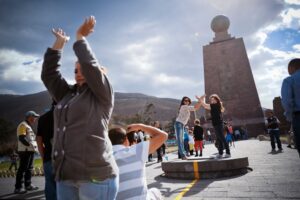 While in the Napo Province, we will also visit and work in Archidona, which is a colonial town, founded in 1560, north of Tena, Ecuador in the Napo Province. 577 m altitude (1,893 ft.)  Archidona still serves as one of the region’s main missionary outposts. It’s also a business and social center for the small Kichwa communities in the vicinity.

If you are admitted to the course, you will receive an email asking you to accept or decline the spot. To accept your spot, you are required to fill out the commitment deposit form and submit a $500 non-refundable deposit within 48 hours. For more information about payment policies and procedures, view the Travel Study Payment Policy.

*Trip cost subject to change due to unanticipated changes.

**Travel Study courses are regarded as normal UVM courses and as such, normal tuition and fees apply.

Visit the U.S. Department of State website for information regarding country health, safety risks, and laws for Ecuador.