This post was first published on the National Sustainable Agriculture Coalition blog on  Sept. 4, 2018.

Editor’s Note: The 2014 Farm Bill expires on September 30th. If the next farm bill is not finalized before that date, numerous “tiny but mighty” farm bill programs that support family farmers and food-producing communities will effectively shut down in terms of new funding and grant opportunities for fiscal year 2019. These workhorse programs, which have small price tags but big impacts, touchnearly every part of the American food and farm sectors. The National Sustainable Agriculture Coalition’s “What’s at Stake?” series will highlight soon-to-expire farm bill programs and detail what their absence could mean for farmers and for the nation. Posts in this series cover: Local/Regional Food Systems; Beginning and Socially Disadvantaged Farmers and Ranchers; Rural Development; and Organic Agriculture.

On October 1, 2012, nearly a dozen sustainable agriculture farm bill programs came to a screeching halt. These programs, many of which the National Sustainable Agriculture Coalition (NSAC) helped to develop and champion, were among several dozen programs that ran out of funding upon the expiration of the 2008 Farm Bill. Funding for these programs was allowed to expire – leaving countless family farmers, researchers, and healthy food consumers stranded without support – because what should have been the 2012 Farm Bill took two years longer than expected to reach a conclusion. As a direct result, grant programs for beginning farmers, agricultural research, rural development, organic agriculture, and local and regional food systems were effectively frozen from October 2012 until February 2014 (when the next farm bill was passed). Each of these programs also lost a full year of funding during the hiatus. 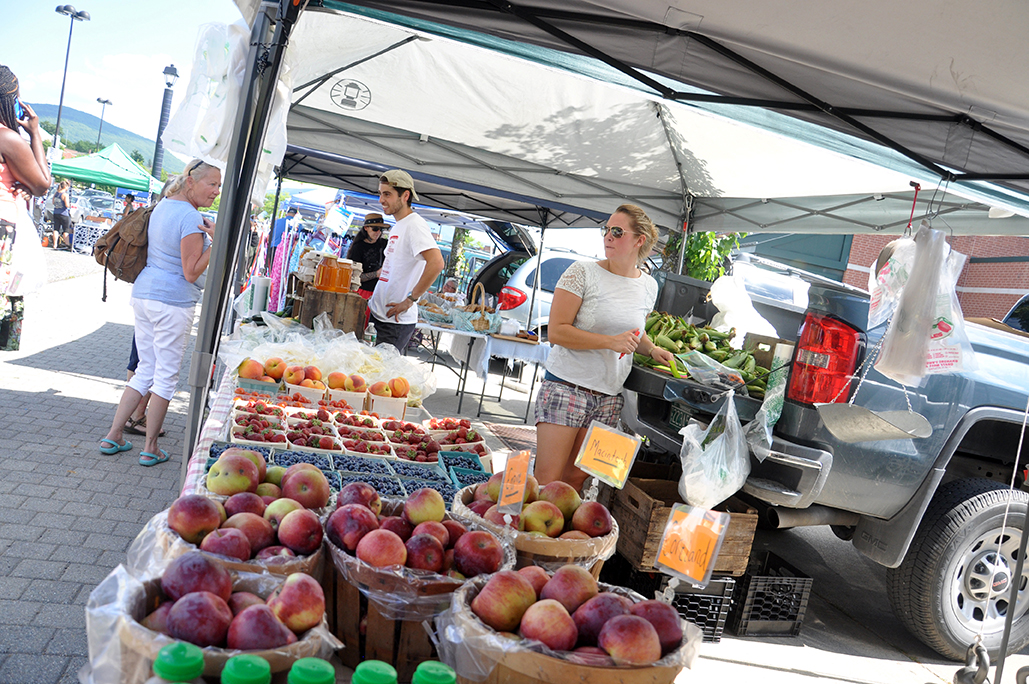 Farmers market in Rutland/Rooted in Vermont

Unlike their larger farm bill counterparts (e.g., nutrition, commodity programs, crop insurance, and conservation programs), the tiny but mighty programs covered in this blog series do not have permanent funding streams – they are only funded for the five years of the 2014 Farm Bill (FY 2014-2018). Therefore, if Congress does not provide new funding by October 1, 2018 (as part of a full farm bill reauthorization or an extension of current law), these programs will sunset until funding is renewed, with the exception of grant management from earlier funding rounds.

Tiny but mighty programs include:

With only 11 joint workdays left in the congressional calendar until the 2014 Farm Bill expires, Congress must take swift action to avoid repeating the disaster of the 2012 Farm Bill all over again. The House has 11 workdays remaining and the Senate has 15, including Yom Kippur.

As we reported earlier, the farm bill Conference Committee is currently negotiating the House and Senate versions of the bill. The Committee is scheduled to hold its first public meeting tomorrow, on September 5. We expect that this initial meeting will primarily serve as an opportunity for conferees to make short statements about their priorities and the overall bill. More substantial debate and active problem solving are likely to begin in subsequent meetings. For a full breakdown of how the conference committee process works, please refer to NSAC’s farm bill conference guide.

Should the farm bill conferees be unable to finalize a negotiated farm bill with enough time left for the House and Senate to consider and pass the final bill before September 30, the Chairs and Ranking Members of the Agriculture Committees may try to quickly pass an extension of the 2014 Farm Bill. When and if Congress pivot to a 2014 Farm Bill extension, NSAC will be on the front lines with our members and allies working to ensure that stopgap funding for the tiny but mighty programs is included.

In the absence of an on-time full farm bill reauthorization, which remains our strong preference and first priority, the Agriculture Committees will have a few options before them.

The ten tiny but mighty programs of this series have made a nearly half billion-dollar investment in American food and farm systems over the course of the current farm bill cycle. These programs have represented 100 percent of the farm bill funding for beginning and socially disadvantaged farmer programs, organic programs, and rural economic development spending.

Needless to say, spending for these critical programs is miniscule relative to the cost of the full farm bill, weighing in at just a fraction of one percent of total farm bill funding. Under a three-month extension scenario, for example, Congress would need to invest only $35 million to keep these critical programs active at their current 2014 Farm Bill funding levels.

NSAC remains committed to advocating for a fully reauthorized farm bill as soon as possible. Since the House and Senate began drafting their versions of the farm bill, NSAC has supported the Senate version as the preferred approach. The House version of the bill fails on many fronts, but is especially bad when it comes to its treatment of the tiny but mighty programs: the House bill fails to renew farm bill funding for FMLFPP, VAPG, NOCCSP, and RMAP. If the House were to have its way, the next farm bill would be the first in the history of these programs not to renew funds.

Where the House bill fails, the Senate bill mostly succeeds. The Senate bill increases funding for most of the tiny but mighty programs and makes important policy changes to increase their effectiveness and efficiency. Most significantly, it would make funding for FMLFPP, VAPG, BFRDP, OREI, and the socially disadvantaged farmer program permanent, so that subsequent farm bills do not need to start from scratch to come up with funding for them. The only failure of the Senate bill is leaving out renewed funding for RMAP, an oversight in both bills that we hope will be corrected during the conference proceedings.

For a full breakdown of the differences between the two bills, visit our guide to conference.

Subsequent posts will provide details on what’s at stake should the tiny but mighty programs not be reauthorized in the next farm bill or farm bill extension package. NSAC will also include any updated news on the progress of the farm bill Conference Committee as information becomes available.