Researching Agency and Empowerment on Women-Owned Farms in Vermont 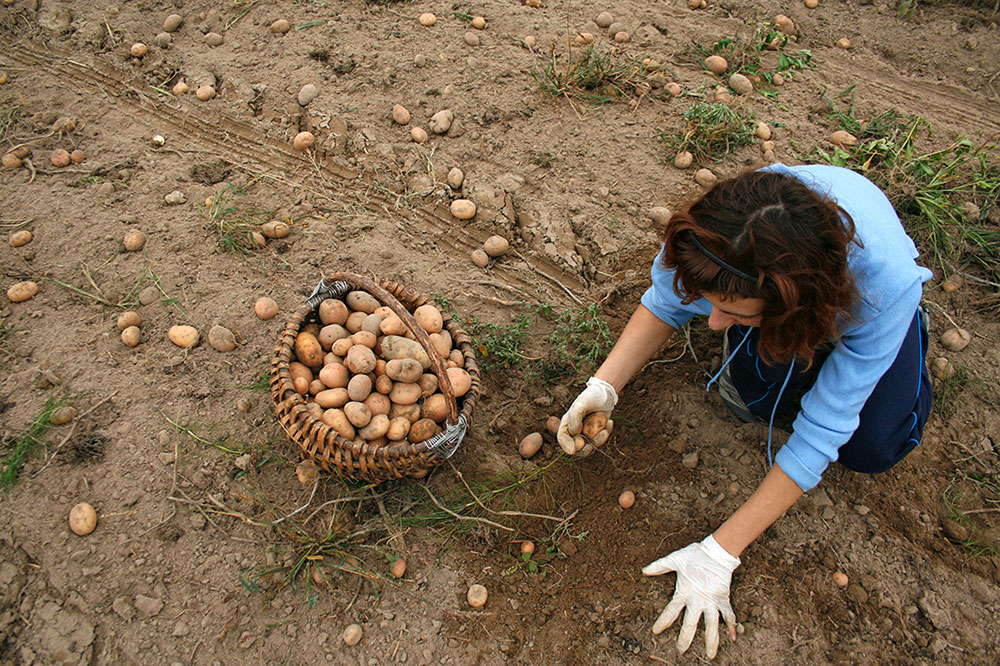 In Vermont, women are principal operators of 1,642 farms out of a total of 7,338 farms (22.38 percent). Additionally, women-run farms tended to be smaller, with an average of 88 acres compared to a statewide average of 171 acres.

Caroline Putscher, who graduated from the UVM Food Systems graduate program in May, spent her time at UVM learning more about gender inequalities in agriculture by conducting interviews of nearly 20 women farmers around the state. 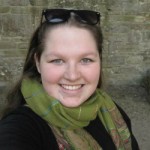 Putscher wanted to know why there are not more women involved in farming, why the revenue produced by women-owned farms is such a slight percentage of the total, and also identify some of the barriers preventing the formation of a more equitably-gendered food system.

We talked to Putscher about what she learned in her interviews for her graduate study research project, “Agency and Empowerment on Women-owned Farms: A Vermont Agricultural Case Study.”

What inspired you to research gender inequalities in agriculture?

I’ve always been interested in gender inequalities in our society, especially around food. As an undergraduate, I did an interview-based research project on the inequalities that female chefs face in professional kitchens, and I knew there had to be similar stories in other areas of the food system.

After working on several small farms during and after college, I also found myself curious about smaller, diversified farm structures and how they can offer something to a community that large, monocropped farms can’t. Many of the farms in Vermont are these smaller farms, and a fair number of the ones that I had looked into were run by women, or by male and female couples. That led me to thinking about how in a heterosexual farming couple, the man’s experience was probably very different from the woman’s. I wanted to really dive into those differences and hear the stories of them from the women themselves.

Many of the Vermont farmers that I talked to were eager to share their stories, and they were also eager to hear how their experiences were similar to or different from the experiences of other women. A lot of them were glad to have someone researching this topic, since they had known the effects of gender inequality in their lives and felt that no one else was really concerned about it.

What surprised you most when talking to women farmers in Vermont?

I think what surprised me the most was that I didn’t hear more stories of outright sexism from more of the farmers. There were a lot more positive discussions and fewer negative ones that I thought I would get. The barrier that I was the most surprised to hear about was machinery ergonomics. I hadn’t even thought of the fact that farm machinery is mostly built for men’s arm spans, heights, and weights. Once several of the farmers I interviewed mentioned it, I realized what an issue that can be in terms of feeling welcomed, accepted, and capable in a physical space that is typically dominated by men.

Which barrier seems the most significant?

The biggest one turned out to be the first one discussed in the paper, that of gender identity issues and lack of perception as women being “real” farmers. I think because there are multiple components of this barrier—self-perception, perception of others—and because a sense of belonging and emotional support can be such an important factor for many women in agriculture, most of the famers that I talked to had discussed something that I could categorize under that barrier. The other two barriers, including machinery skills and ergonomics and resource access/profitability, were ones that some farmers stressed and others didn’t. This doesn’t mean that they are less important than the first, but they may be less widespread or less common among Vermont women farmers.

Why do you think the percentage of farms operated by women in Vermont is slightly higher compared to other states?

I think the percentage is higher in Vermont because there is already a culture of supporting local food, often from small, diversified, and organic farms, which are the types of farms that often happen to be owned and/or operated by women. Farming is an extremely tough job, but I feel like it makes it slightly easier for women to enter the world of agriculture when that support structure is already there.

What are some ways women can be more empowered in agriculture?

One of the biggest ways is connecting with other farmers across the gender spectrum, and then using both their individual voices and a collective voice to advocate for change and recognition. As my research showed, women farmers use individual and collective strategies to overcome the barriers that they face. The more voices that get added to these collectives, the more these barriers are brought to light and examined by other people within farming and outside of it, which hopefully would lead to a mitigation of these barriers before they even become a problem in the first place. While empowerment of individual women farmers is a great thing, and definitely something to strive for, we have to understand that empowerment is a process, and not an end state.

How can women farmers continue to strengthen their networks?

A good portion of the women I interviewed, especially the younger generation, mentioned Facebook and Instagram when the topic of connections and support networks came up. I think women being able to find and connect to these established social media networks before entering the world of farming could help create a solid support network and resource/knowledge availability from the start—rather than floundering through a new world alone, without people to coach you through the tough spots.