Three Chimney Farm in Charlotte is about to turn the traditional CSA model on its head. 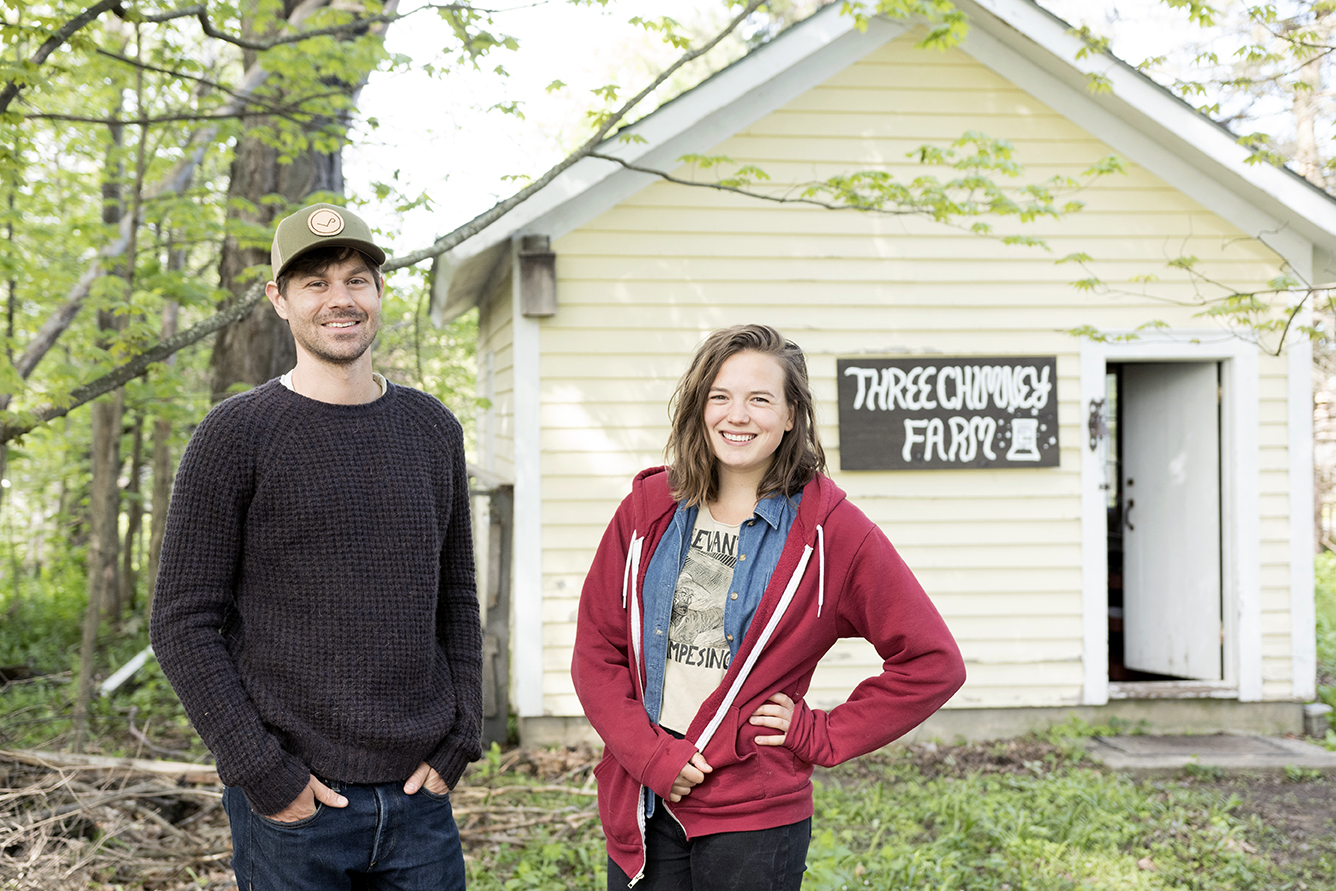 The model gives customers the option to buy as much or as little food from the farm as they want, with no commitment to purchase more than once during the farm’s 21-week growing season.

“We’re the antithesis of a CSA,” says Sara Jean, the farm’s director of operations. “I’ve worked on farms with successful CSAs, and they can be done really well. But I also know what the barriers are to a CSA—the upfront cost, the lack of choice, getting too much food, food waste, and the challenge of planning your summer and fall around weekly pick-ups.”

After food is ordered from Three Chimney Farm online by customers on Mondays and Tuesdays, it’s then delivered to the general public at Foam Brewers on Wednesdays, and to members of three Burlington co-working spaces—Study Hall, The Karma Bird House, and VCET—on Thursdays. The e-commerce site will start taking orders on June 4.

At Three Chimney Farm, An E-commerce Option for Local Food

In high school he spent a semester at The Mountain School in Vershire, where he lived and worked on the school’s farm. “It was a life changing experience, and I knew right then I wanted to figure out a way to be in Vermont,” he says.

After graduating from UVM with a degree in Environmental Studies, Tim headed back home to California, where he worked in business development and start-ups. He began his career when he built and launched YBUY Inc., a subscription e-commerce platform for bridging the digital and retail world.

He and Danielle met in high school and attended UVM together, and while living in California after college they were longing to return to Vermont. Their wish came true once Danielle was admitted to the Larner College of Medicine at UVM.

It wasn’t long before Tim and Danielle purchased Three Chimney Farm, which was once the largest beet farm in North America in the 1880s. The farm is also home to three historic barns, including a former coach barn from Shelburne Farms that was moved to Three Chimney Farm in the early 1900s.

While the farm oozes bucolic charm, Tim was determined to find a way to make Three Chimney Farm a viable, full-time business.

The farm is situated on seven acres, and Tim and Sara Jean grow more than 100 varieties of vegetables, ranging from cherry tomatoes and kale to squash and carrots. With 65 different crops and heirloom varieties, the farm uses organic practices. Tim and Sara Jean are also committed to regenerative agriculture practices to increase biodiversity, enrich soil, and improve watersheds.

The combination of Tim’s web and business development expertise and Sara Jean’s knowledge of growing local food made the duo able to secure partnerships and launch the e-commerce site in a relatively short period of time.

The beauty of Three Chimney Farm’s new model is that it’s designed around convenience and flexibility. The farm is dedicated to improving the system of acquiring farm-direct food that allows customers to pick their own veggies and enjoy the convenience of online ordering without any subscription.

“We knew we had to offer something that’s commitment-free,” says Sara Jean, who minored in Food Systems at UVM. “Everyone buys online now, except for local food. We want to change that.”