Associate Professor Terrence Delaney first became enthralled by fungi 40 years ago when he was a student at Duke University. Not only are fungi master decomposers, but are also known to have fascinating sex lives, according to Delaney.

This summer at UVM, he’ll teach the Biology of Fungi, a four-week course from May 21-June 14 that will give students an opportunity to spend time outdoors collecting, identifying, and studying major fungal groups. 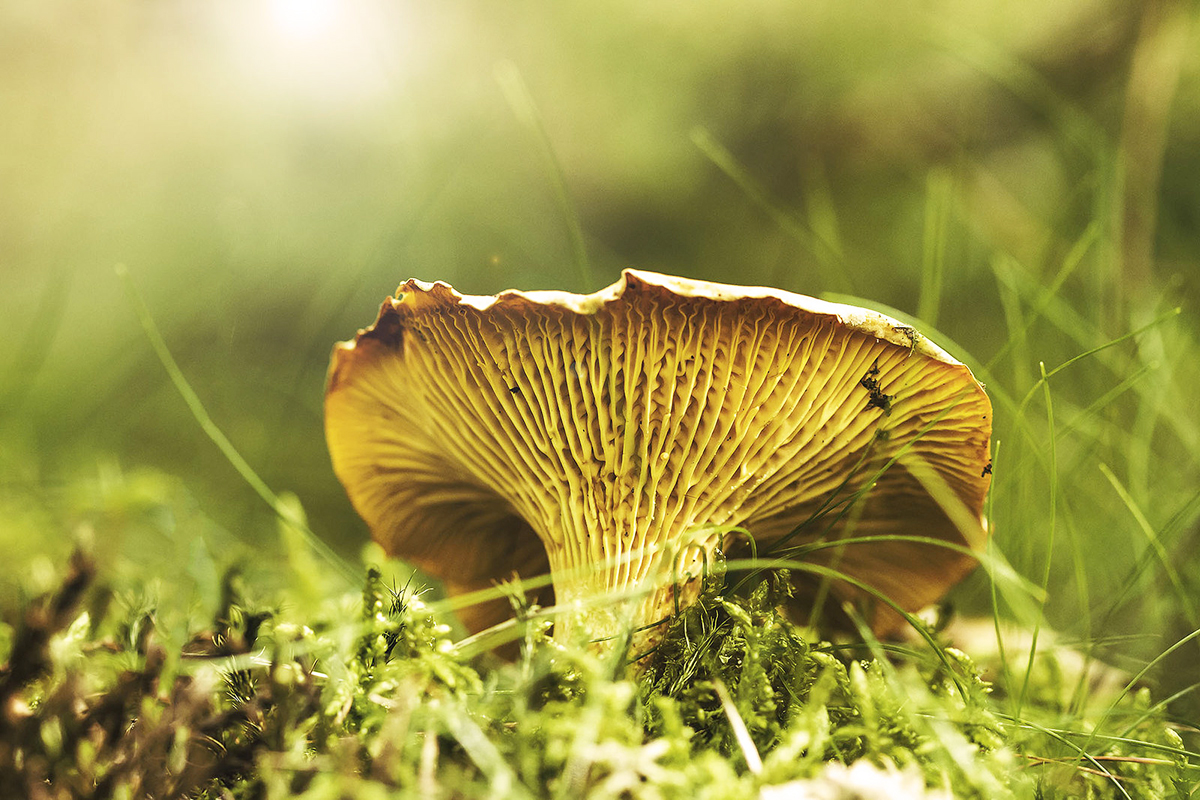 We caught up with Professor Delaney to talk about fungi, foraging, and edible mushrooms.

How long does it typically take to figure out the difference between edible and poisonous fungi?

When introducing students to edible fungi, I first teach them how to identify the truly deadly species, of which there are only few in this part of the country. The most common deadly species around here is the all-white Destroying Angel and its close relatives. These are straightforward to identify, when the key features are known and seen. Students can learn these features in an afternoon, and I reinforce that knowledge continually throughout their training. We also learn about other poisonous but not deadly species. We then learn many of the various edible species as we encounter them and study their identifying features. Though edible fungi are fun to find, we take a broad view and typically collect over a hundred species of mushrooms and other fungi.

Where do you typically go with students to learn about fungi?

The best environment to learn natural history, including fungi, is in the outdoors. Therefore, we spend 50 to 75 percent of our time in the forests, and the rest of our time in the lab to study material and  where I do some lecturing. I try to go to a different site each day, which I choose based on my prior experience, weather, and the season. The sites are also chosen to represent a wide variety of habitats, as the fungal flora will vary depending upon the forest maturity, species composition, geography, and moisture profile.

How long have you been teaching the Biology of Fungi course?

I first offered Biology of Fungi seven years ago, and have taught it most summers and falls, for a total of nine courses with 111 students thus far. I also am a frequent participant at various, annual fungal forays all over the Northeast, which are gatherings of professionals and amateurs who collect and study mushrooms. Each year, I bring a group of students to these forays, which are held in Vermont, New York, Pennsylvania, New Hampshire, and elsewhere.

How long have you been studying fungi?

What do you hope students will get out of the class?

Students learn how to see details in the natural world that they may not have previously recognized. My course is deeply immersive, meaning that we experience the habitats where these creatures dwell, and learn to recognize the various roles that they play in nature, either as decomposers, as pathogens, or as beneficial symbionts with plants.

On a practical scale, students learn how to identify unknown mushrooms using morphology and habitat, spore color, and microscopic features, such as spore shape and size, and some cell details. We learn to use keys to identification, and also the proper use of the compound microscope. Students gain a good grasp of fungal classification and diversity, as well as an understanding of their roles in ecosystems.  Students learn to identify the deadly, the just poisonous, and also the edible mushrooms. We often will cook edible mushrooms as we find them.

What are the best times to forage for edible fungi?

Mushrooms have seasons, and many of the choice edibles are summer-fall fruiting species. A few are spring fruiters, including the much sought-after morels, which are ascomycete fungi. We usually find morels in the summer version of this course, and also find many dozens of other species of fungi, some that are edible and some not.

What fascinates you most about fungi?

Fungi are master decomposers, and some are amazing in their roles as beneficial symbionts with plants. Over 80 percent of plants have a mutualistic partnership with fungi. A few are impressive pathogens of plants, too.

I find the ephemeral nature of their fruiting bodies, combined with their diverse and great beauty captivating. One can sit amongst a flush of fresh mushrooms, deep in the forest, and marvel at their brilliant colors, untouched beauty, and biological efficiency. It’s easy to become part of the forest at these times. My students also find this beauty and tranquility when we venture out.

In addition to their beauty, fungi have crazy sex lives with a fleeting diplophase—two sets of chromosomes—and a form of interrupted sex, where two partners initiate, but do not consummate the sexual process for months to many years. At that instant, they produce the crop of spores from a mushroom or other structure, which then restarts the life cycle.

What are some examples of edible fungi other than mushrooms?

Mushrooms are basidiomycetes, but not all basidiomycetes are mushrooms. For example, corn smut is a pathogenic basidiomycete that parasitizes corn plants. The infected plants produce corn ears with galls in place of kernels, and the galls are a delicacy. In Mexico, these are marketed as Huitlacoche. Outside of the basidiomycetes, we find the ascomycetes, which includes the choice edible morels, which are spring fruiters and greatly sought after. Our bread and beer is made using the ascomycete fungus Saccharomyces.

How many varieties of edible fungi can you find in Vermont?

In Vermont there are many edible species. To place a number on that, one would need to consider just how bold and how knowledgeable are the consumers. It is safe to say that there are many dozens of species that are decent edibles and also reasonably easy to identify. Some are much easier to learn than others. In my course, we are very conservative, and will see a few dozen edible species, but only consider half that number as reliably identified as edible. It’s also important to cook mushrooms well, and not overindulge. My course is not focused on edible species, though we are happy to find them.

Register for the Biology of Fungi Course