If Sarah Fidler’s parents warned her as a child not to play with her food, she’s had the last laugh. She now plays with her food every day — and gets paid to do it.

Fidler, 29, is one of only five “flavor gurus” at Ben & Jerry’s corporate headquarters in South Burlington. Her job is to develop new ice cream flavors for the pints sold in U.S. store freezers. Other flavor gurus work on Ben & Jerry’s scoop shop flavors and products sold overseas. 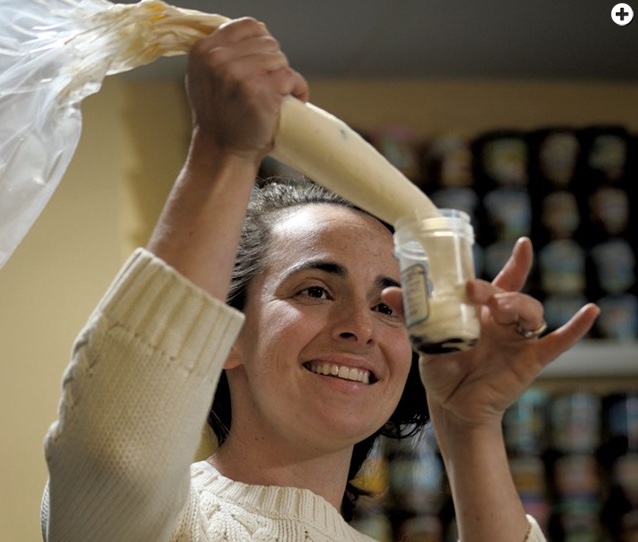 Fidler got her bachelor’s degree in nutrition, food science and dietetics at the University of Vermont in 2010, followed by a degree from the Culinary Institute of America in Hyde Park, N.Y. During college, she spent six months in Paris studying French pastries and food culture. Her thesis topic: petits fours.

After five years of working for Lake Champlain Chocolates, Fidler landed her “dream job” with Ben & Jerry’s last year. She now spends nearly half her time in the test kitchen. On a good day, she’ll create seven or eight “builds,” or potential new flavors, making about eight pints apiece. A trial run in the factory means making at least 80,000 pints.

-This excerpt was reprinted with permission from Seven Days.