Developing an Exit Strategy to Keep Food Businesses in Vermont

More than 30 percent of the state’s farmland is currently owned or managed by farmers older than 65. An estimated 91 percent of these farmers do not have an operator under the age of 45 working with them.

But this isn’t just a farming problem. Business succession is also a challenge for many Vermont local food industry entrepreneurs who don’t have an exit strategy for their company when they retire. How will these businesses continue to stay in business and remain in Vermont? 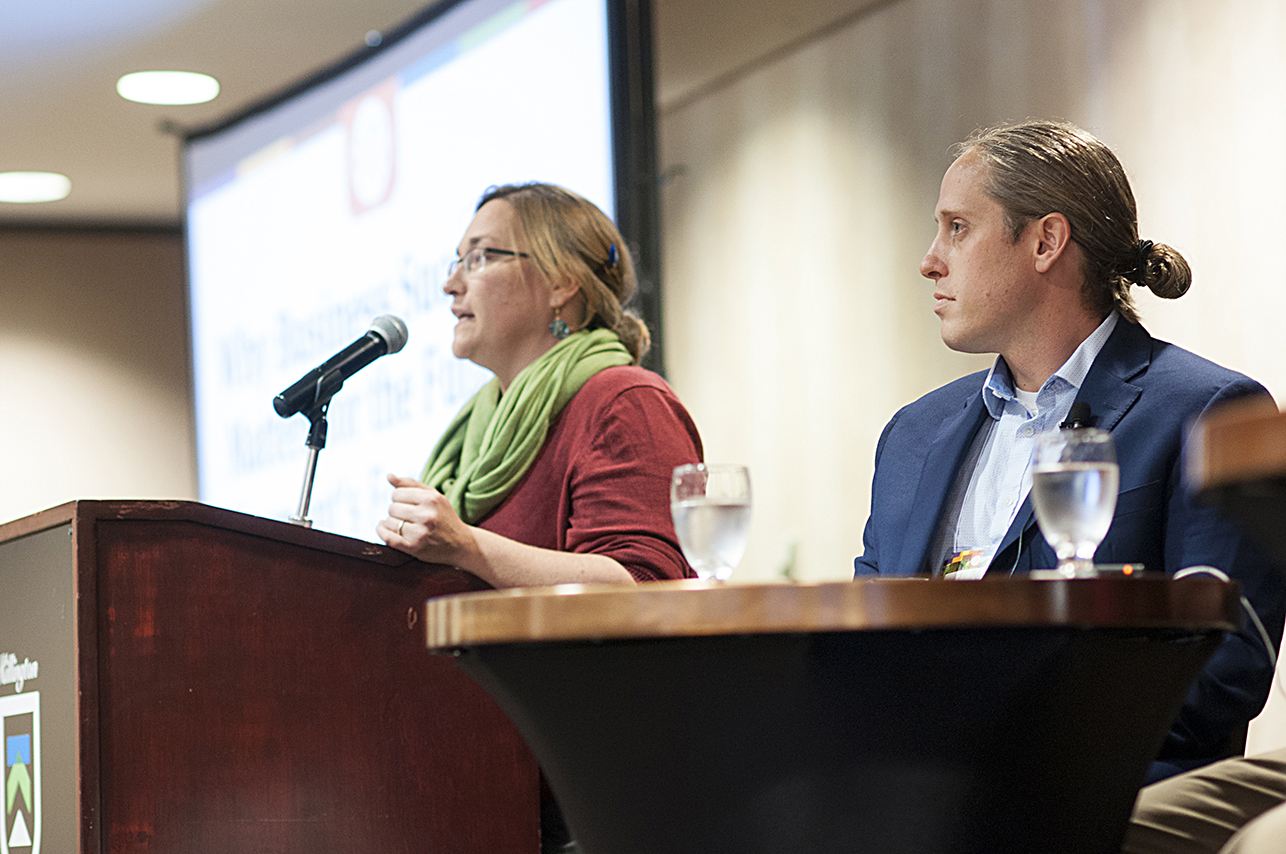 Sarah Waring, executive director of the Center for an Agricultural Economy, introduces Ryan Christiansen of Caledonia Spirits at the Vermont Farm to Plate Gathering in Killington.

A panel discussion at the 7th Annual Farm to Plate Network Gathering in Killington focused on that exact challenge.

Lorimer founded the Vermont Bread Company nearly 40 years ago. She said the Brattleboro-based business employed about 500 people by the time she sold it in 2014.

Lorimer said she knew she wanted to leave the company. However, doing it on her own terms took years.

Succession is a critical issue for all food system businesses that cannot be overlooked. With the overall economic growth in our food economy over the last decade, more and more food businesses beyond farms have emerged as significant economic drivers in the state, and with their growth have come questions and concerns about who will own and operate these businesses into the future.

According to a report on Vermont Public Radio, Farm to Plate Director Jake Claro says companies like Vermont Bread have helped the state’s food sector create 6,400 new jobs since 2009.