A Military Vet Finds Healing and Purpose While Learning to Farm

Farming was the last thing on Anthony Hamilton’s mind during the Iraq War. But a decade after being stationed in Baghdad, he’s learning how to raise livestock, grow vegetables, and operate irrigation systems and tractors at UVM. 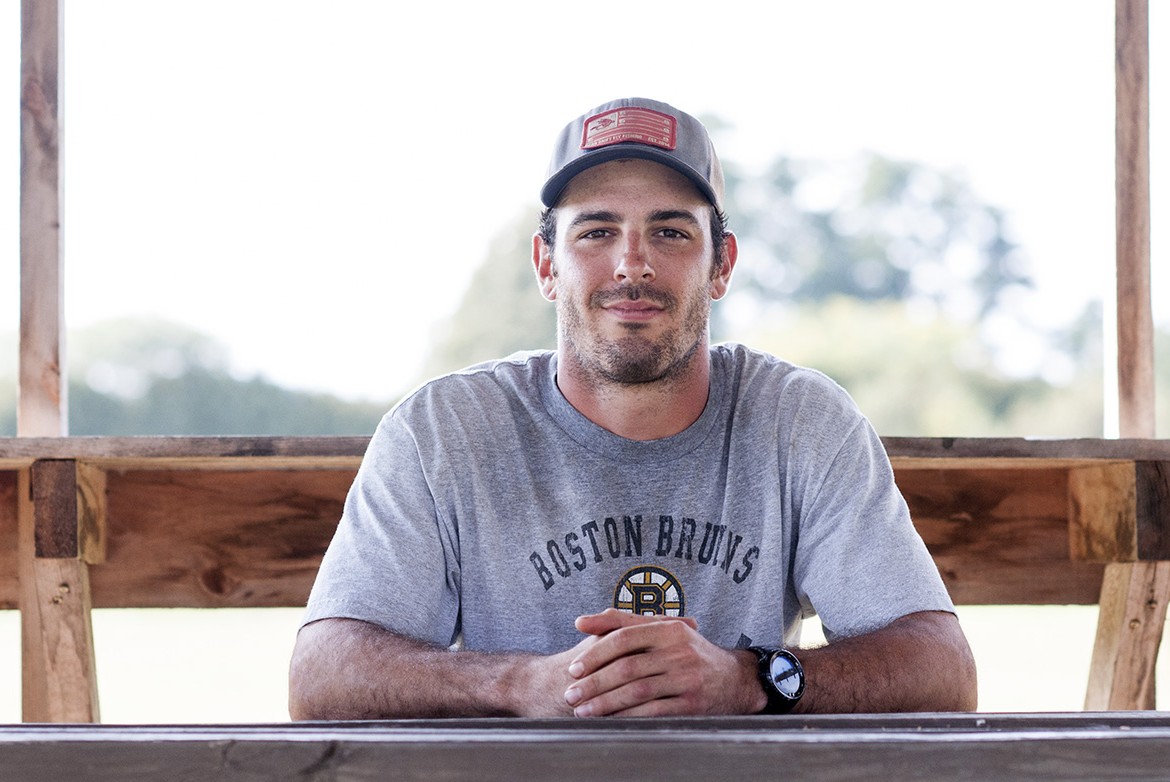 A student in the UVM Farmer Training Program, Anthony is raising chickens at Catamount Farm, growing everything from watermelon to winter squash, and meeting local farmers to learn the business.

Students in the UVM Farmer Training Program come from a wide range of backgrounds—but military veterans enrolling in the program are somewhat far and few between (the program enrolled its first veteran in 2015, and Anthony is one of two vets in the program this year).

Anthony joined the U.S. Army at age 17 because he didn’t see himself enrolling in a four-year college at the time. He served as an infantryman assigned to the 101st Airborne Division and was stationed at Fort Campbell, Kentucky, and deployed to Baghdad in 2007-08.

After returning home to his native Massachusetts in 2010, he studied at Framingham State College after working for a telecommunications company, only to realize he longed for something else. That longing led him to the Farmer Training Program.

“A few years ago, I started gardening in my backyard, and I found it very relaxing,” he says. “Everything in my life was so hectic, and to be able to sit down and get my hands in the dirt really meant something.”

Anthony describes himself as someone who likes pressure and problem solving. What he enjoys most about farming is that the work is quantifiable. “You can see what you’ve done and watch things happen,” he says. “No two days are the same.”

Anthony enrolled in the Farmer Training Program in May and will graduate in October and may pursue additional studies at UVM with funds from the GI Bill. After completing the program, he hopes to lease land and raise heritage breed poultry and organic vegetables.

Ultimately, he would like to run a farm operation that also offer veterans a place to work and heal.

“For people who have deployed to combat, you spend a lot of time around destruction. You never get to nurture something or create,” he says. “Farming is a form of public service and it serves a community need, which is important to veterans. There’s also a self-reliance piece that veterans want, and producing food is a step in that direction.”